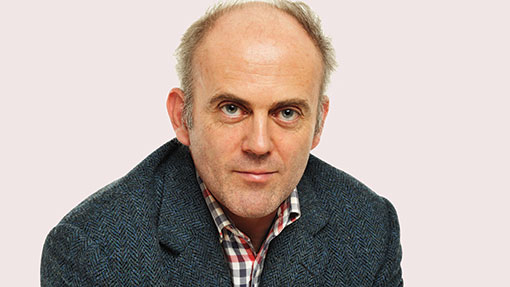 I have recently become an innkeeper.

This is as much a surprise to me as it is to my family and friends but, in my defence, I’d claim that my maternal grandfather is to blame. It was he who 40 years ago ran the little country pub that I have just bought. It was he who spoiled me rotten as a child by serving me endless Smiths salted crisps and Canada Dry coca-cola in his public bar. It was he who encouraged me to sit among the farm workers, who made up most of the pub’s custom in those days, to learn the delights of shove ha’penny and foxes and geese.

Sometimes the planets align and dictate that something must happen. Last autumn I started to play football each Saturday with the man who owned the pub – after a match he mentioned that he intended to sell it. The pub is called the Sussex Ox – I had just bought a herd of organic pedigree Sussex ‘oxen’. My nephew, who has been managing a successful pub in the west of England for several years, recently joked that he and I should one day run a pub together. So it was that, after the briefest of negotiations, the pub was ours.

Got a view on a topical agricultural subject? Have your say on our website forums

Astrological explanations or notions of ‘fate’ aside, I obviously hope that the pub turns out to be a sensible diversification from farming. Indeed it has become increasingly difficult to continue to invest in farming with the main asset – land – now so expensive. It’s been a pleasure to watch the value of farmland treble over the past 10 years but less enjoyable to find oneself constantly coming off second best every time land is sold as new price benchmarks are set each year.

So, after 30 years of ploughing a straight and sober farming furrow, I find myself engaged in a very different sort of enterprise selling beer, wine, spirits and – more particularly in the case of the modern pub – cooked food. As a local farmer I can bring an almost peculiar level of traceability and local provenance to the beef we are now serving in the pub in the form of steaks, burgers and pies. Not only are our pure-bred Sussex pedigree cattle the local breed, but they graze in the local parish, are slaughtered in the local slaughterhouse and butchered by a local butcher. In order to bring a similar level of traceability to our chips, mash, roast and new potatoes we’ve just planted a half hectare of Bambino, Golden Wonder and Arran Victory.

All great fun, but three weeks into my new adventure let me inform you that modern-day innkeeping bears no more likeness to the pub of my maternal grandfather’s day than a modern-day farm resembles the holding that my paternal grandfather ran 45 years ago. Many of the changes are positive. Both pubs and farms are healthier places to be than they were in the 1960s. The smoky fug of the saloon bar has gone and the big drinkers now largely rely on the taxi and the nominated driver. Similarly on farms, workers no longer run the daily risks of crippling levels of manual work or exposure to the early agrichemicals that were in widespread use by the 1960s.

I’m doing all I can to bring back the simple charm of my grandparents’ pub. We are attempting to cosy it up by reinstating the open fires, redecorating the bars and finding appropriate antique furniture, as well as draught cattle memorabilia. But as I sit in the public bar and remember it once packed with softly spoken farm labourers quietly letting the proprietor’s grandson win endless games of dominoes, one is reminded that there are some things that can never be restored.