Thanks to everyone who’s been sending us photos of their “farming forebears”.

The response has been great after we asked to see snapshots of your relatives – both those who are still around and those who are no longer with us.

These three came from Moira Williams.

This photo (below) shows her grandfather Gilbert Charles on a hay-binder with his horse Duke on their farm, Henllys, near St Davids in Pembrokeshire in about 1950. 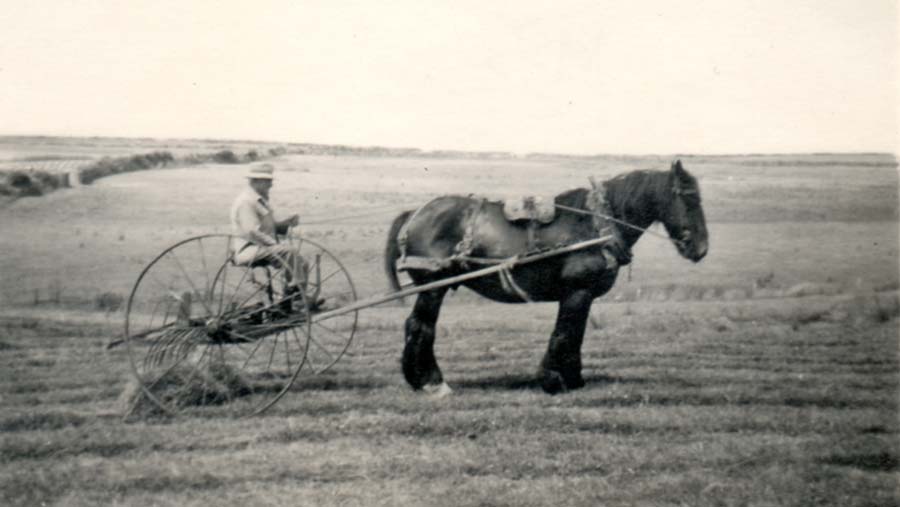 Gilbert Charles on a hay-binder

The one below is an early-1950s baler – a farmworker is driving the lead tractor, with Moira’s father driving the other one and her grandfather on the trailer. 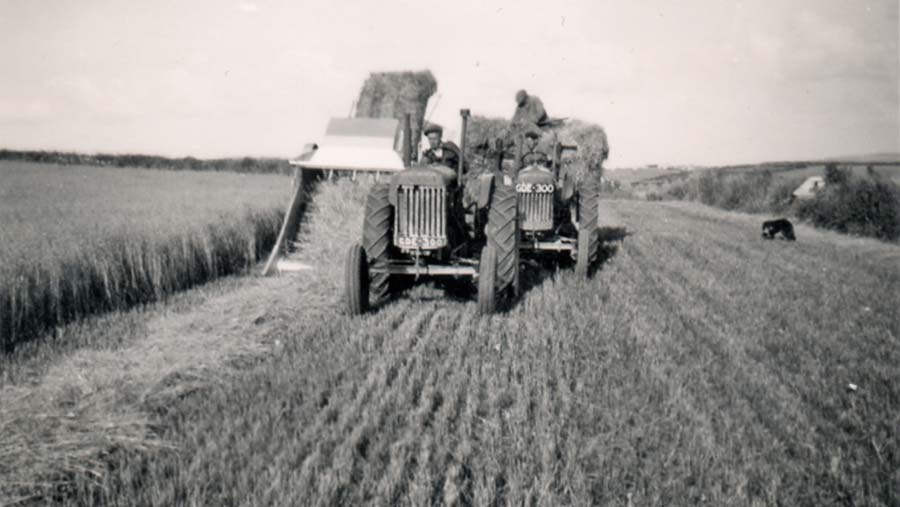 The one below, taken at about the same time, shows oat harvesting with a binder and features Moira’s grandfather at the front, a farmworker bent over and her father, Gwilym Charles. 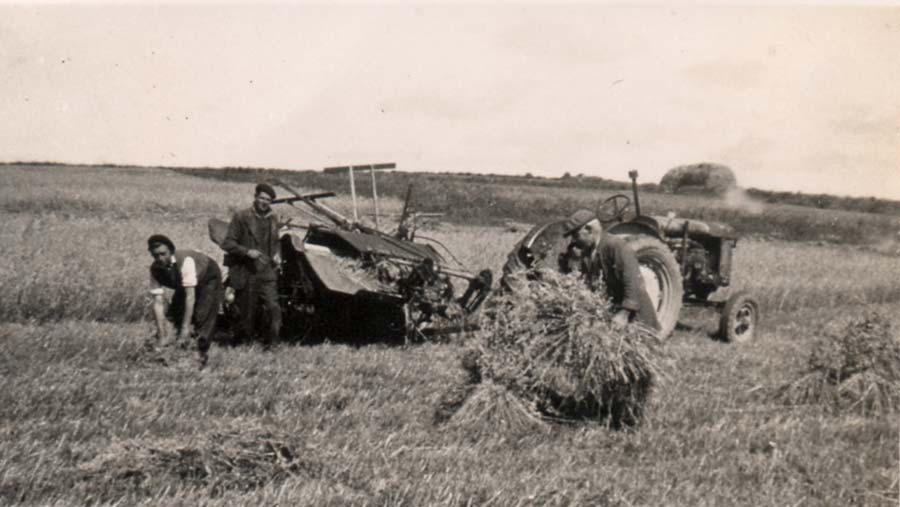 Oat harvesting with a binder

Meanwhile, thanks to Ken Luscombe from Broadhempston in Devon for this picture taken in 1927. Ken is the young lad on the left. 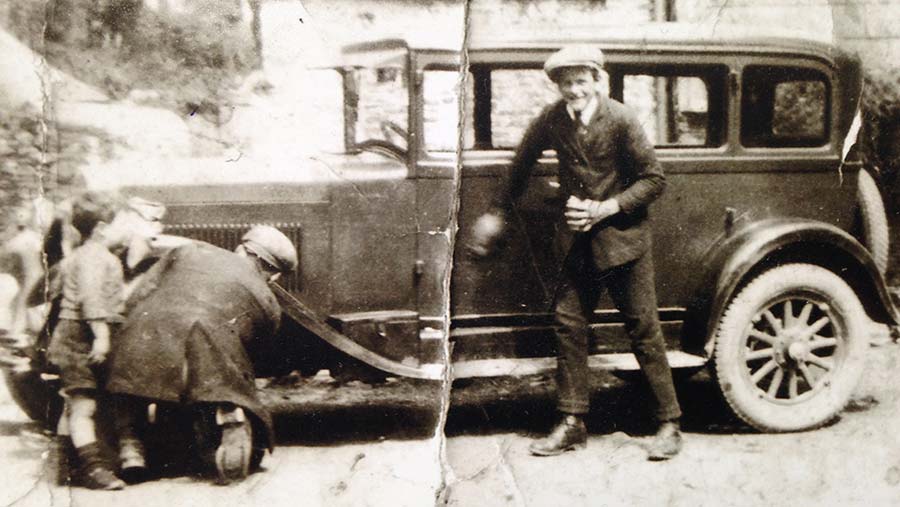 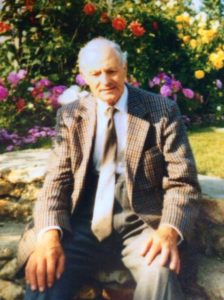 We also received this image from Jill Russell from Wiltshire. “Back in 1950 my parents moved to a remote cottage in west Dorset. I was 13 and mad keen on all things country.

“The late Cyril Kimbrey farmed the fields around us. He patiently allowed me to join in with all the seasonal tasks, be it leading the horse that drew a wheeled hoe through rows of mangolds, driving the David Brown rolling grass, the correct way to use a hay fork, even thatching the rick with straw secured with binder twine and hazel spars.

“Once when a rick overheated, I learned how to use a hay knife. It was an unforgettable experience, taking my turn at deepening a hole in the centre to let some heat out and remove the unbelievably hot and almost smoking hay.

“At milking time, Mr Kimbrey would not let me use the Simplex milking machine until I could hand-milk the hardest cow.

“I learned so much, often missing school to do so. The school allowed the boys to take agriculture lessons; the girls too if their fathers were farmers, mine was a plumber!

“The hands-on training Mr Kimbrey gave me enabled me to work on other farms and eventually led to my husband and I having our own farm. We are so grateful.”

We’d like to see photos of your farming forebears – and they could end up gracing the pages of Farmers Weekly.

If you already have a digital image, email us a copy of that.

Don’t worry if you’re not an expert with a camera – snaps are fine. Email it to fwfarmlife@rbi.co.uk and your farming forebear could appear in Farmers Weekly – a lovely surprise if they’re still with us, or a fitting tribute if they’re not.