The initiative was a celebration of British farming and gave thousands of visitors a unique chance to see some of the great work farmers do first-hand.

Here’s a pictorial snapshot of the action. 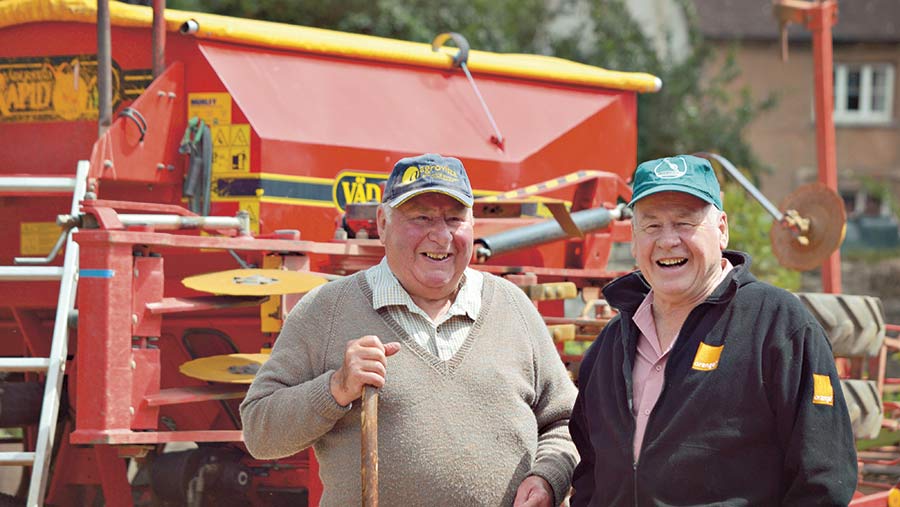 Heather Ross took these images at Whitacre Hall, a neighbouring farm to hers in Warwickshire. The day was organised by Julian Pickworth (left), his wife Teresa and their son Carl. 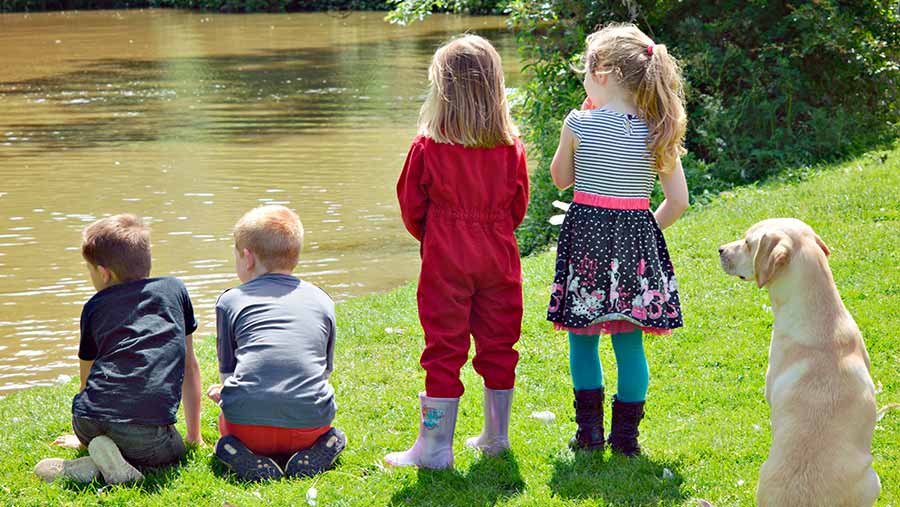 “It was a fantastic day,” says Heather. “It was the first time they’d done it and they had more than 750 visitors.” 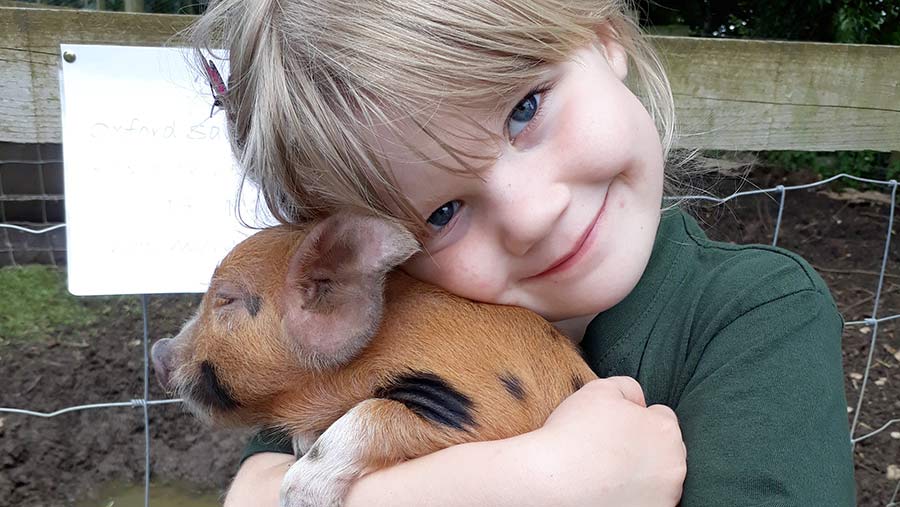 Visitor Annie Fouracres gets to say hello to a four-week-old Oxford Sandy and Black piglet at Scrubditch Care Farm near Cirencester in Gloucestershire.

When they’re not hosting OFS events, Scrubditch is a charity providing farm-based training and activities for people with learning disabilities and mental health problems. 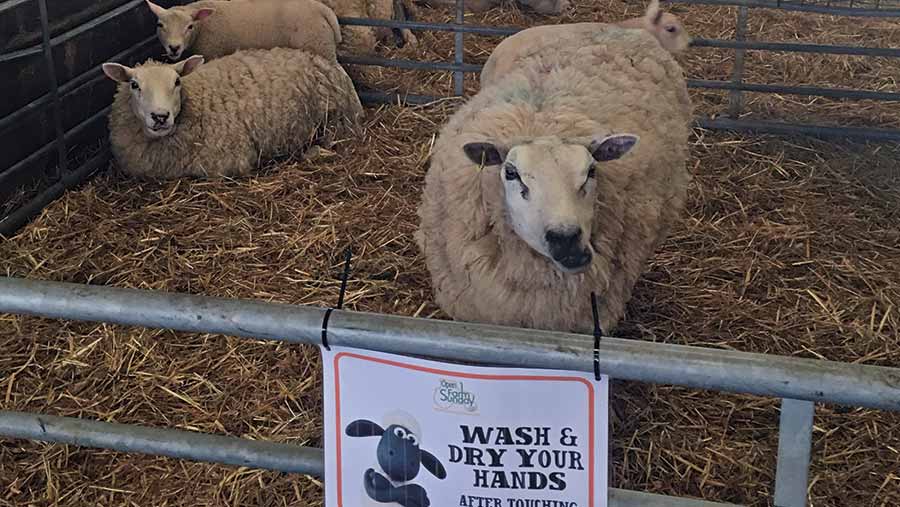 Health and hygiene is a top priority for farmers who open their gates… this is one of the ways this important message was communicated at Greenfield Farm, Stow-on-the-Wold, Gloucestershire.

“It was fantastic to see so many people out on farm – this year’s been another huge success,” said Linking Environment and Farming sustainability manager Kathryn Green, who snapped the picture. 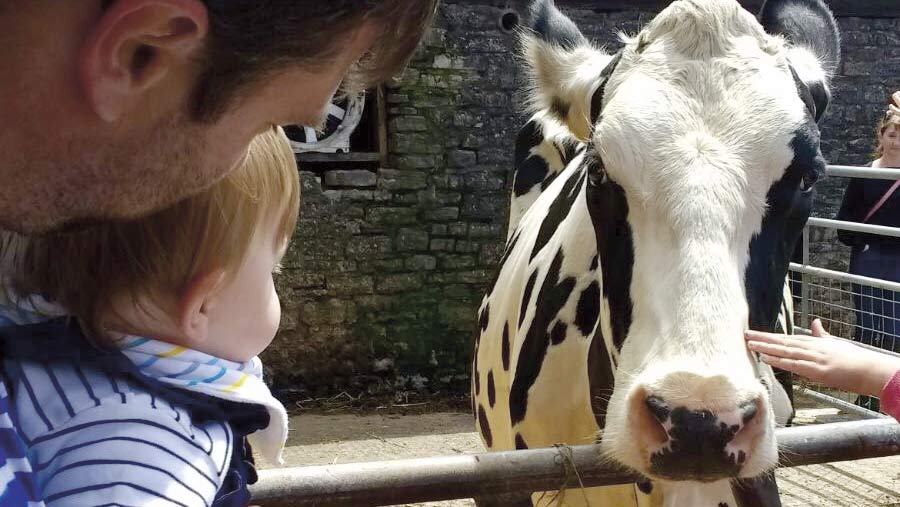 Goldsland Farm near Cardiff in South Wales was the destination venue for Gareth Barton, pictured here with his little boy, Rupert, mid-farm tour.

“It was a really good event and a great showcase for UK farming,” he said. 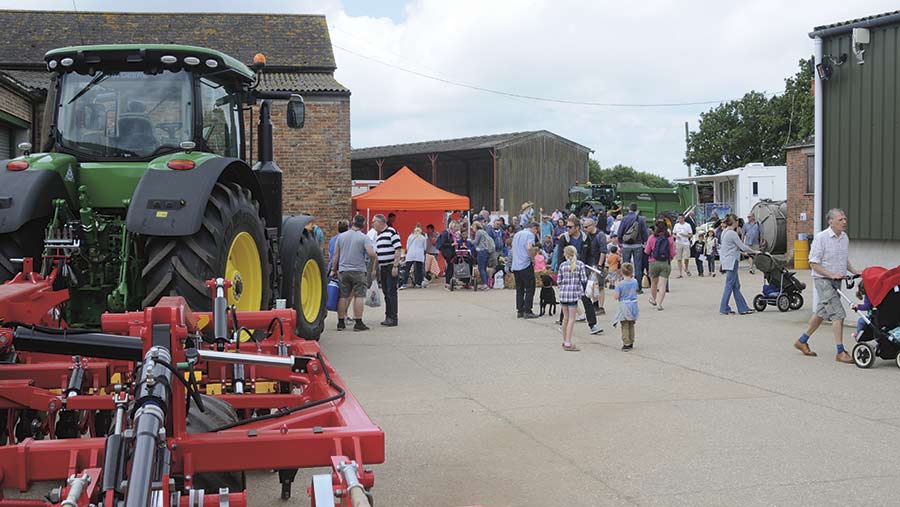 A busy yard at North Farm Horton, midway between Wimborne and Cranborne in Dorset. “We had a great day with close to 2,000 visitors.

“The sun shone and everyone enjoyed themselves – great PR for British agriculture,” says Peter Snell. 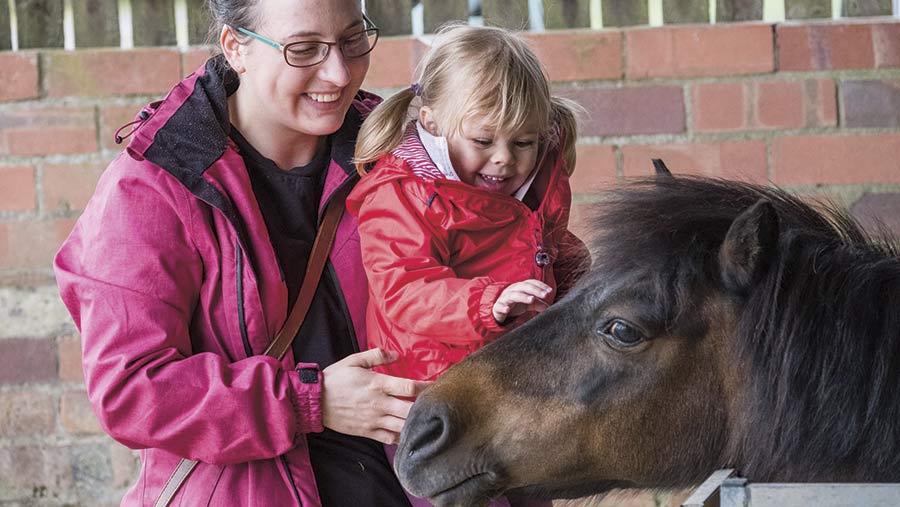 (Above) Alexandra Sikora holds her daughter Antonia, 3, while she strokes a Shetland pony; and (below) estate foreman, Graham Robson, gets help from young Daniel Barr to lay a beech hedge.

They were taken at Easter Cadder Farm on the Caledonian Estate, on the outskirts of Bishopbriggs, less than five miles from Glasgow. 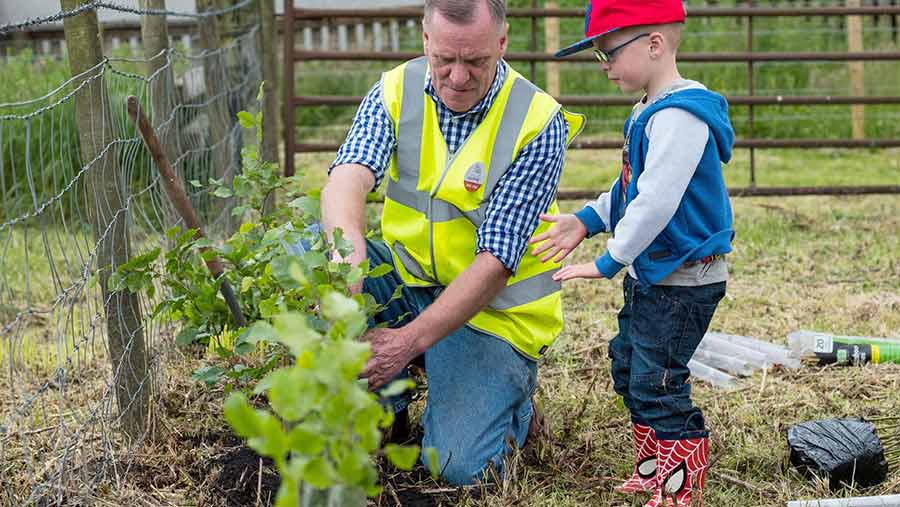 About 300 members of the public came to the event, organised by managing agents Galbraith and CBRE, which helped show how partnerships between landowners, tenants, contractors, employees and the public can work. 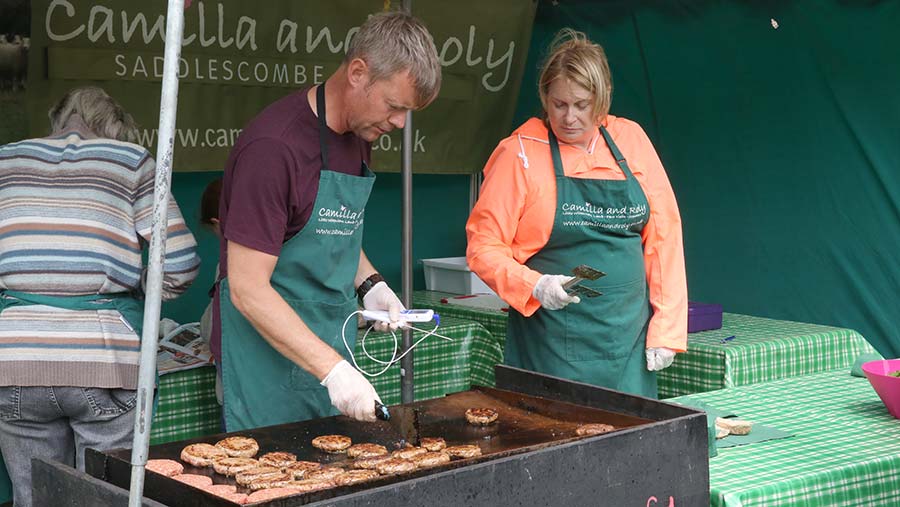 Tasty lamb burgers are cooked at Saddlescombe Farm near Brighton in East Sussex. 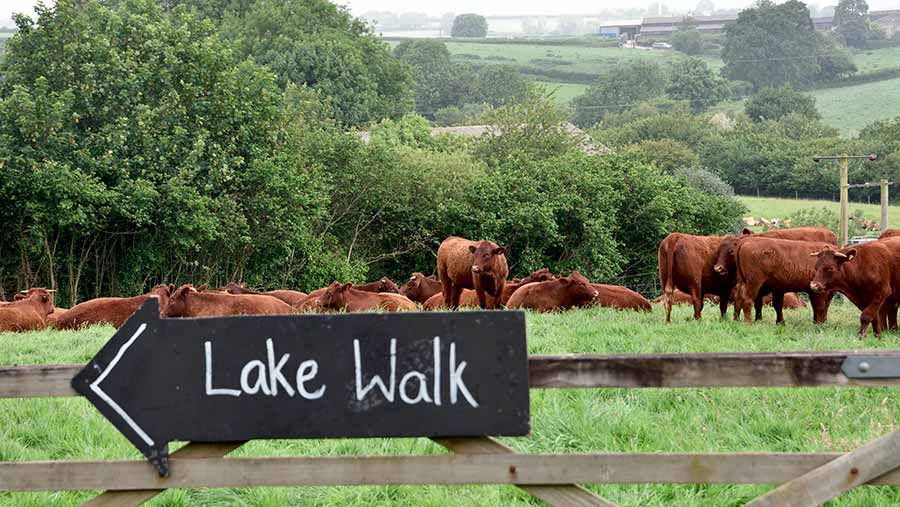 About 750 people travelled to Washingpool Farm on the outskirts of Bridport in Dorset, where among those on hand were members of Marshwood Vale Young Farmers’ Club. 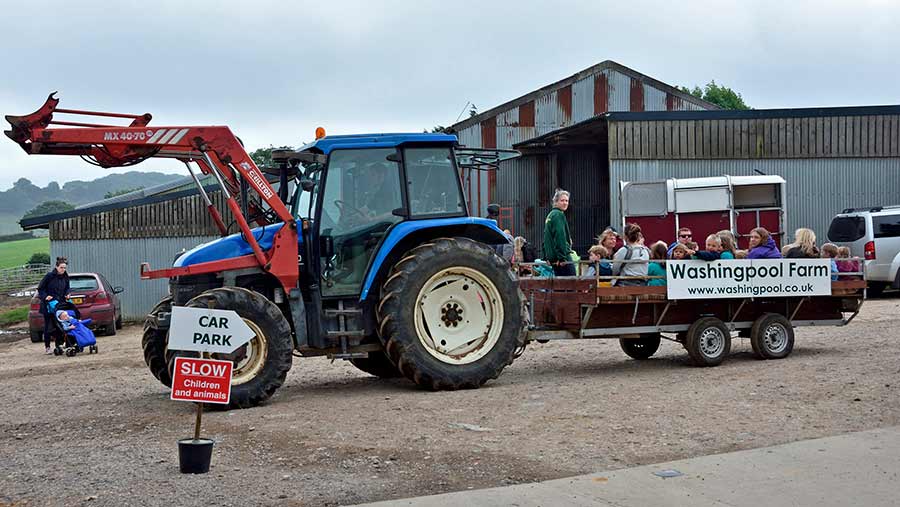 The day featured sheep-shearing demonstrations, tractor and trailer rides, along with an opportunity to meet lots of animals, including freshly hatched chicks. 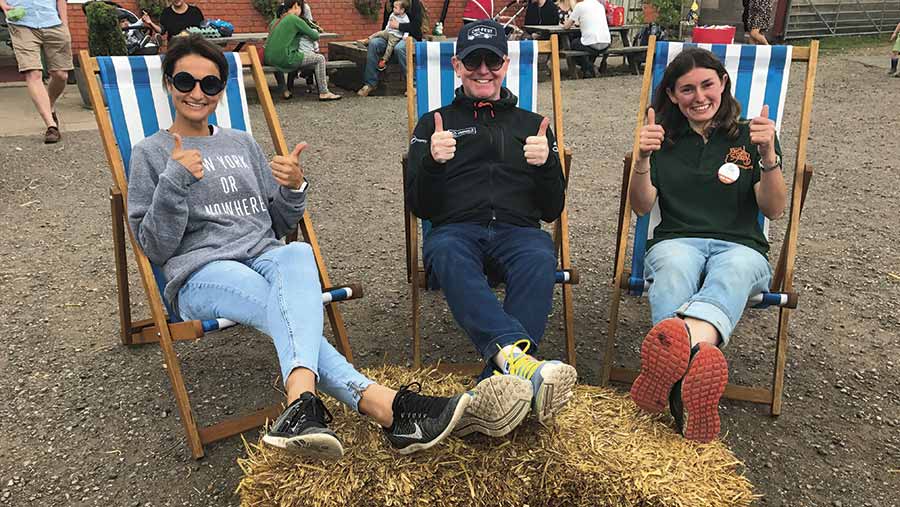 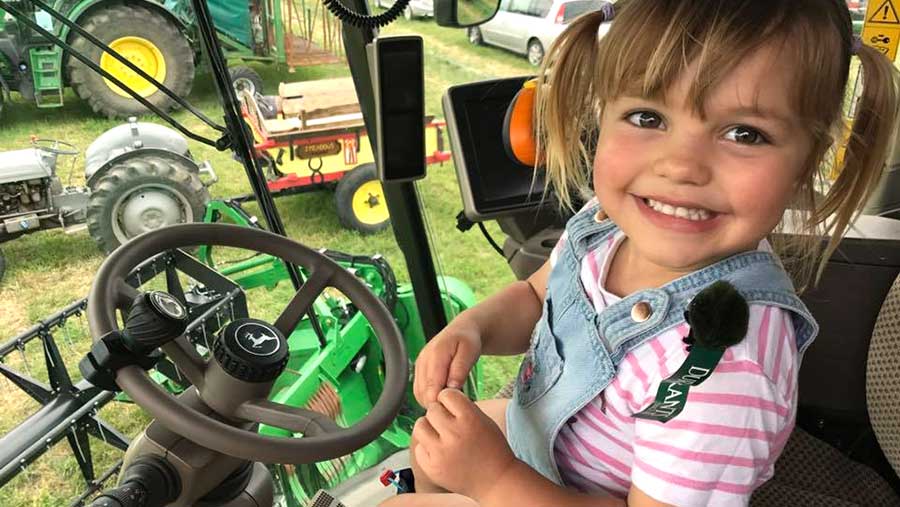 A snapshot of the action at Shotford Hall Farm, Harlestone, Norfolk, as seen through the lens of Farmers Weekly website user “LibbyA”.