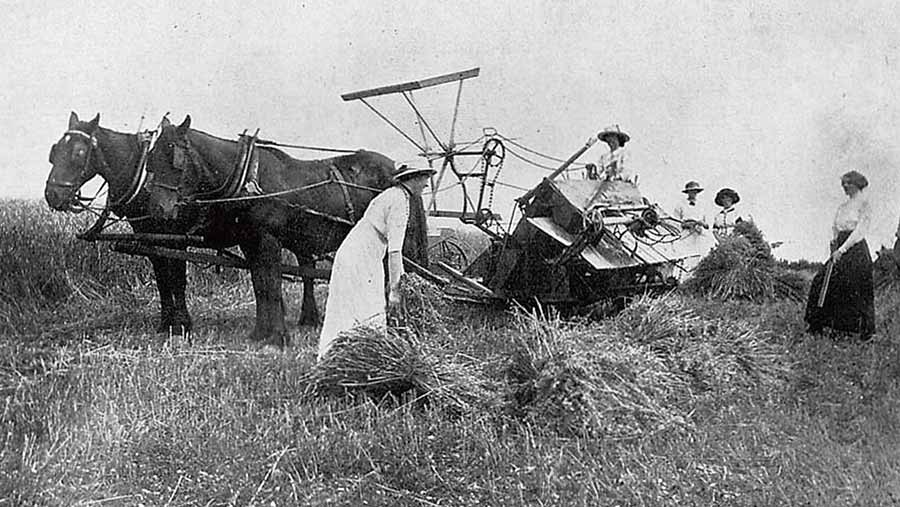 Women sheaving corn at Missenden in Buckinghamshire. From The Sketch, 26 August 1914

As the centenary of the start of the First World War approached, like many other people, I was inspired to begin researching how the conflict affected my own family.

My great-grandmother was 21 in 1914 and living on the family farm in Lancashire. When her elder brother left for the Manchester Regiment in 1916, it fell to his sisters to keep the farm going. 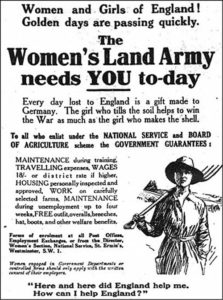 Advert for the Women’s Land Army, placed in the press in June and July 1917

I was interested in how they coped, what challenges they faced and how typical this experience was.

By the start of 1916 it was estimated that about 250,000 male workers had already left agriculture for military service, equivalent to about 25% of the normal workforce, but a further 100,000 would shortly be called up with the introduction of conscription in March 1916.

A real labour shortage was starting to impact farm productivity, and the situation would get worse as, in February 1917, Germany lifted its restrictions on submarine warfare.

This campaign hinged on starving Britain into surrender and, within a month, nearly 500,000t of Allied merchant shipping had been lost.

The government’s response was to call on farmers to extend the ploughed acreage so domestic food production might be boosted. 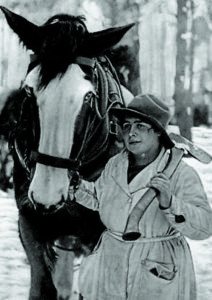 But with military service taking ever more workers from the land, just maintaining agricultural output was a challenge, never mind increasing it.

By the spring of 1917 more labour – female labour – needed to be enlisted to keep farms going.

The recruitment campaign for the Women’s Land Army was launched in March 1917.

Notices placed in newspapers appealed for “10,000 Women Wanted at Once to Grow and Harvest the Victory Crops”.

With this initiative, the government sought to convince farmers they must take on female workers, and to persuade women that land work was respectable, worthwhile and would have an impact of the war.

In both regards, it was successful. 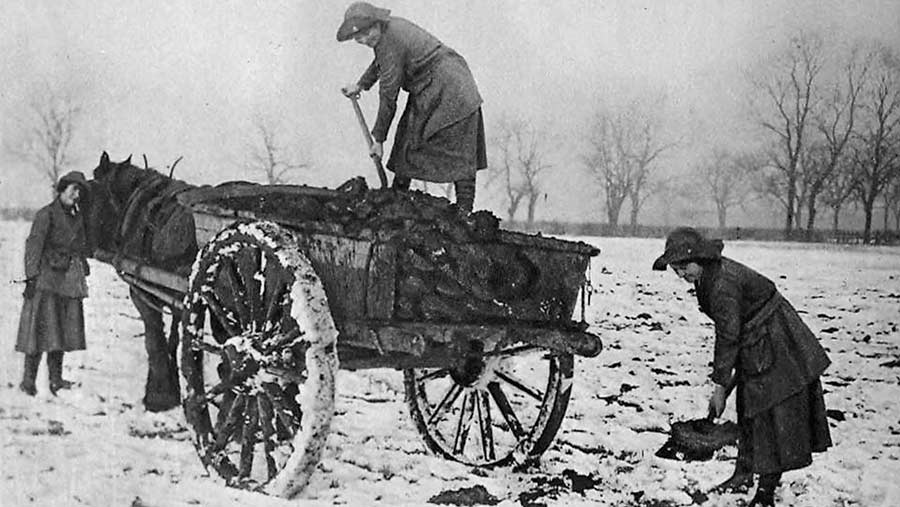 While I was working on this project, I was struck by just how much public affection there still is for the Land Army, but so many people are also genuinely surprised that it existed before 1939.

The First World War’s Land Girls do seem to have been forgotten.

With the centenary of the Land Army’s launch coming up, it’s timely to remember the contribution of women farmworkers to the war effort. 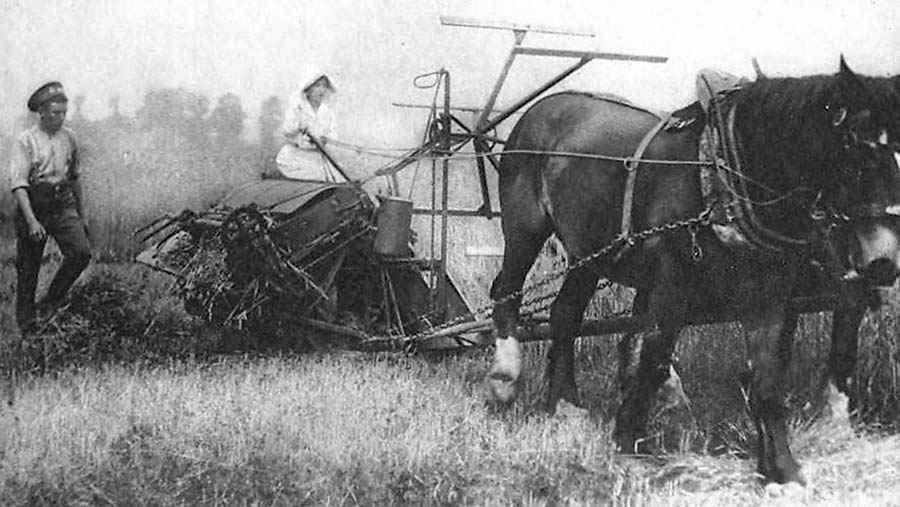 Essex farmer Mr Luke arranged for soldiers to help his daughter, an expert reaper. Pictured here is Mr Luke’s daughter cutting a field of wheat, with a soldier in khaki at the side. From Illustrated War News, 23 August 1916 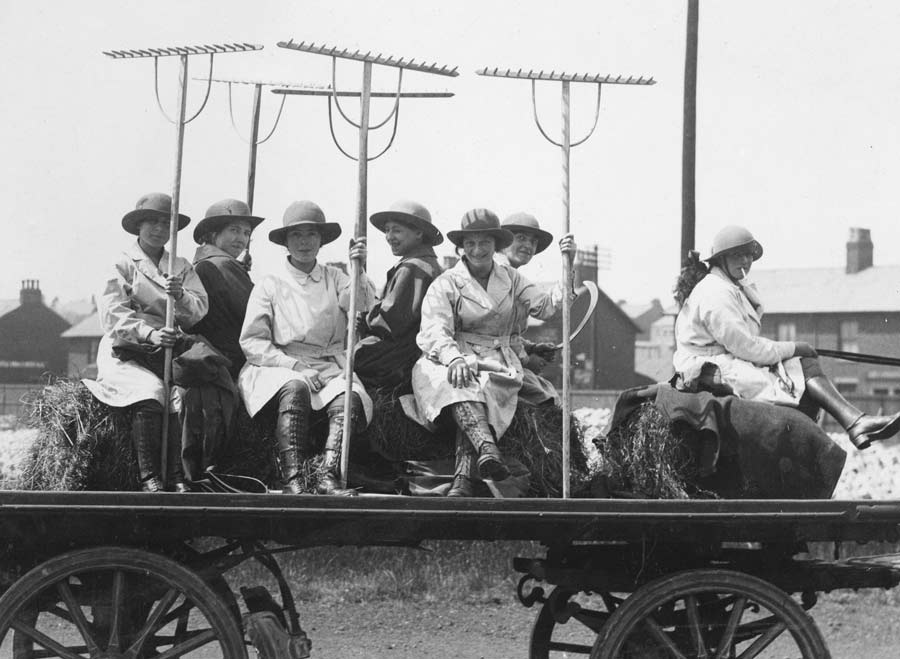 “If it were not for the women, agriculture would be absolutely at a standstill on many farms.”

That was said in 1917, at the darkest hour, when Britain’s food security looked most precarious.

Using previously unpublished accounts and photographs, this book is an attempt to understand how the return of women to the fields and farmyards affected agriculture – and examine what effects that experience had on them.

Holding the Home Front: The Women’s Land Army in The First World War by Caroline Scott is published by Pen and Sword Books (01226 734 222).