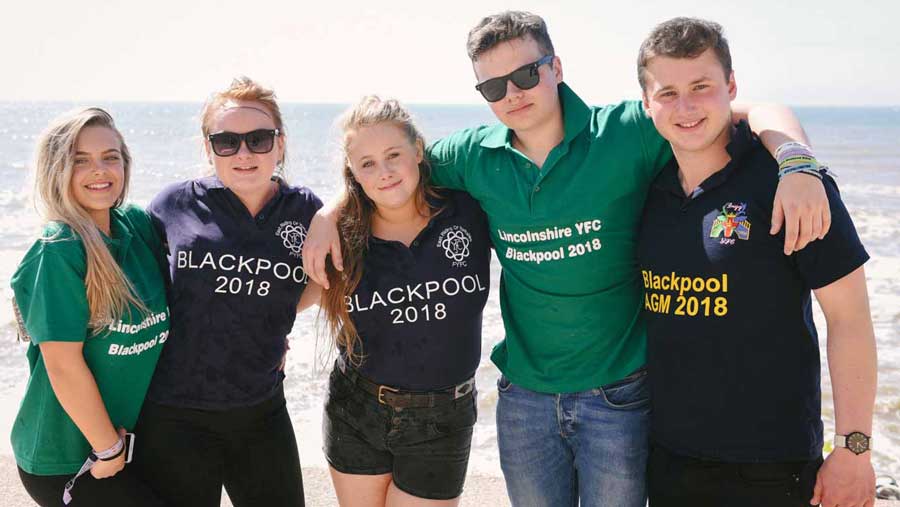 The sun shone down on weary young farmers at the NFYFC Annual Convention in Blackpool as a late Friday night gave way to Saturday.

After tucking in to full English breakfasts along the seafront, many members came to take part in activities at Winter Gardens including the senior member of the year competition and the final of the darts.

Club shirts and Farmers Weekly T-shirts have taken over from last night’s glamorous black tie garb, but you can see all the pictures from the red carpet on our Farmers Weekly Facebook page or the Farmers Weekly photo gallery.

You can also watch our video of the fun unfolding below.

Farmers Weekly team members were back in the middle of the action at Winter Gardens this morning hosting a milk boat race with teams competing for the glory of appearing on the cover of the Farmlife AGM special in next week’s magazine.

You can watch the highlights of the fiercely fought competiton right here.

The full league table of competing clubs is as follows: