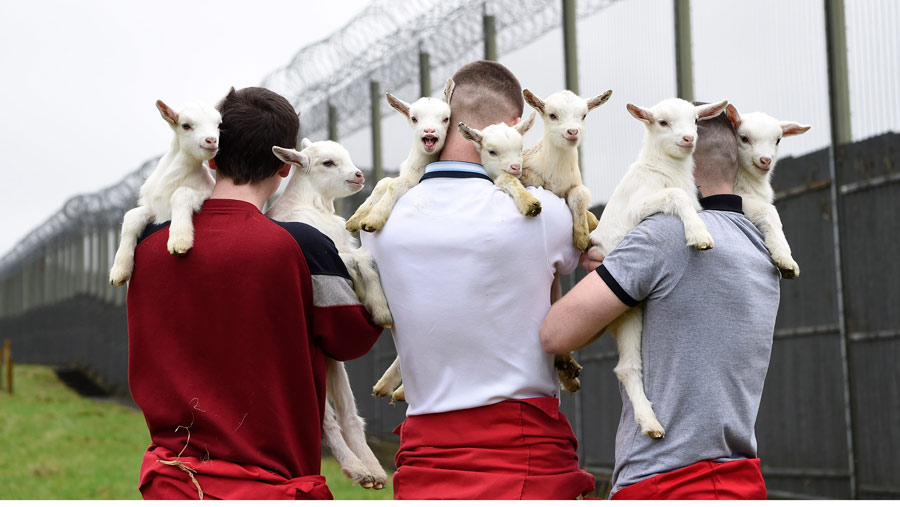 The young men at Hydebank Wood College in South Belfast work with the sheep all year round and take responsibility for lambing the ewes within the college grounds.

Since purchasing the first sheep at the Lanark and Ballymena livestock market in 2016 – including a ram, two ewe lambs and two aged lambs – the young offenders have competed at the Balmoral Show, in Lisburn.

The prison has achieved two second-place finishes and staff have said introducing the sheep has “worked miracles for self-esteem”.

Since its launch, the programme has benefited about 50 young men who have spent time in the prison.

Vocational training officer and part-time sheep farmer Richard Graham said: “It’s hard to believe that there are young men in here who had never seen a live farm animal before. All of a sudden, they are getting the chance to work with them and compete at a prestigious agricultural show.”

“As a family, we always found the Border Leicesters easy to work with and very docile. They are easy to handle, which has proved to be the case within the prison, as we have had successful lambings,” Mr Graham said.

Senior officer of workshops and education Michéle McElnea said the sheep had also benefited staff in the prison.

“Personally, not coming from a farming background, this has been a huge learning curve for me and other staff members. The best method we have practised is a show and learn approach, which has allowed the young men in here to take full responsibility and earn a sense of pride and achievement, which has also been good for us,” Miss McElnea said.

The prison’s college also runs NVQ level one qualifications in horticulture, where the young offenders are taught how to grow vegetables, shrubs, create Christmas wreaths and maintain grassland.