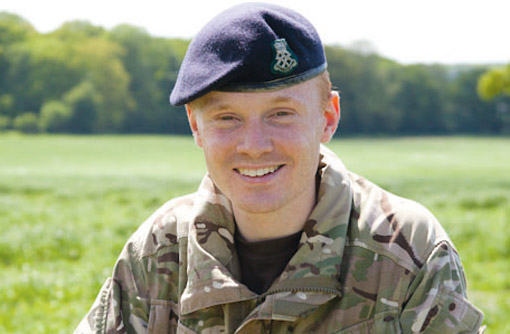 Michael Whitehead, a 29-year-old arable farmer, has received military honours for his services in Afghanistan – helping to rebuild the war-torn country through agriculture. Mary-Vere Parr reports

The invitation had a certain military ring to it: “How about 08.30 hours on Wednesday 22 May and we will go for a walk around the farm?”

I was set to meet Michael Whitehead, a young farmer from Wiltshire poised to take on the succession of a 210ha tenancy from his father. Subject to Agricultural Land Tribunal approval, the Cirencester graduate will become the new tenant of Lower Farm in Chisbury, near Marlborough, in September.

“I’m looking forward to getting going on the farm,” he says, as he shows me around and discusses changes afoot – areas earmarked for wild bird cover under the Higher Level Stewardship scheme and plans to boost soil fertility. “There’s a lot to do and I am very conscious that we have to use our resources better.”

So far, so regular.

But as we stop to admire the rolling Wiltshire downs decked out in their full cropped glory, the conversation takes an irregular twist. The peaceful view is a far cry from a very different, but for Michael equally familiar, vista – the war-torn desert of Helmand Province in Afghanistan, where he served as Captain Whitehead, an Army reservist from the Royal Yeomanry.

“Here in the UK, we’re looking at some pretty poor harvests due to two years of bad weather,” Michael muses. “But it’s nothing compared with the vagaries of the elements that farmers in Afghanistan face. In 2008, drought devastated yields to such an extent that the United Nations’ World Food Programme sent food aid.”

And, of course, it isn’t just the weather that poses a challenge to Afghan farmers. Michael has served multiple times as part of Operation Herrick, in the war in Afghanistan.

In 2008, while still a student at Cirencester, he was invited to join the provincial reconstruction team (PRT), a multinational, civil-military organisation providing “stabilisation, reconstruction and development” alongside combat operations.

“I didn’t go out with any preconception of what I could do, and it wasn’t what I expected,” Michael recalls. “It may be strange to think of soldiers fighting the insurgency using wheat and fruit saplings, but that is exactly what we were doing in Helmand.” 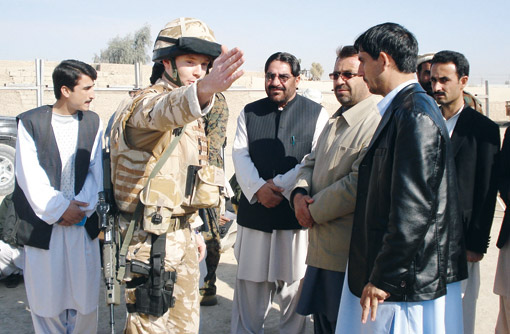 Michael worked as part of a counter-narcotics cell that encouraged farmers to grow legal agricultural crops, such as wheat, instead of illegal opium poppies. Within one year, it had cut poppy cultivation by a third. After briefly returning to the UK to finish his exams, Michael was quickly mobilised again in 2009, this time to further reduce opium-growing and bolster the agricultural economy.

“Narco-criminality is not a new phenomenon in Afghanistan,” he explains. “However, it has increased in significance over the past few years and is a prime source of funding for the insurgents.

During the 12 months Michael was involved in the Food Zone Programme, he organised the distribution of agricultural inputs, such as winter wheat seed and technical assistance, to 39,640 farmers. Distributing 20,000t of material in 790 lorry loads was no mean feat, he recalls, “But the buzz that it gave people was quite palpable.”

At the same time, working with translators, he developed strong relations with the Afghan provincial governor’s office.

“It was like being a combat land agent. My day would start in the office in Lashkar Gah (the capital of Helmand Province) and then I’d be in a helicopter and away for five days meeting farmers,” he says.

“We may not have spoken Pashtu, but the language we shared was farming.” 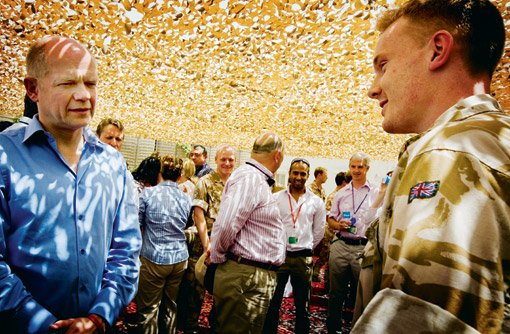 Despite these palpable achievements, Michael’s talk is peppered with bafflement that a “lowly staff officer” should be summoned to advise three-star generals. Nevertheless, he held his own when he met politicians (both William Hague and David Cameron) and the Prince of Wales, as well as Afghan tribal leaders. No surprise then – except perhaps to Michael – that in 2011 he should be awarded the Queen’s Commendation for Valuable Service (QCVS).

The award cited his “single-minded determination” and exceptional dedication to his job, which was “way beyond that expected of a junior officer”.

While there was never any chance of Michael’s military plaudits going to his head, returning home to Wiltshire certainly brought him back down to earth with a bump. “In Afghanistan I had some influence, whereas back at home I was shouted at for not ordering enough seed,” he laughs.

The two strands of his life, army and agriculture, have always run in parallel. Michael was commissioned into the Royal Wessex Yeomanry in 2003. “As a farmer, the yeomanry seemed a natural place for me,” he says. “It has always been a great constant in my life.”

He admits that reservists can find reacclimatising to life back home “taxing”.

“It’s a matter of recalibration, reaching out to find something normal when ‘normal’ has been living with a pistol under your pillow,” he says. “For me, the freedom to drive around still seems abnormal.

“Of course, I am well supported by family and friends.”

The camouflage rucksack lying next to his desk in the Georgian farmhouse is a constant reminder of his military role. Nevertheless, Michael is finding ways to marry his interests. In March, he hosted an “agri-economic enlightment training” day on the farm. 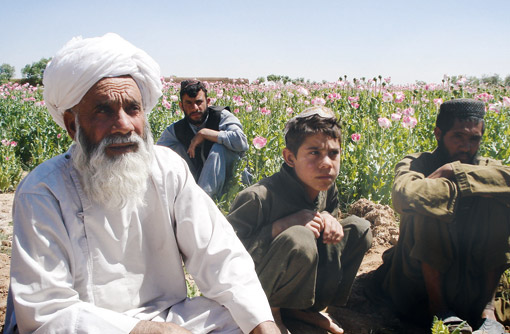 Brigadier Rupert Jones, the incumbent commander of Task Force Helmand, asked Michael to put together a bespoke package of agricultural training for 140 troops about to be deployed in Afghanistan. The aim was to provide them with a thorough understanding of agricultural conditions and challenges in Afghanistan, so they could better relate and help farmers on the ground. As the army moves from a combat role to an advisory one in Afghanistan, sustainable agricultural development is seen as a priority.

With military precision (the programme for the day begins: “10.30-10.55 arrival and walk to lawn border from car parking area”), Michael gathered academic and technical experts to discuss topics ranging from how to establish a seed-bed, to international development policy.

“We had about £500,000 worth of kit from TH White on loan, a neighbouring farmer lent us some cattle and Adam Henson, filming Countryfile for the BBC, helped hand out chickens to the soldiers to hold,” Michael recalls.

“Everyone locally was very supportive. I guess they have got used to seeing military vehicles about the place.”

With so much under his belt, you might imagine Michael would rest on his laurels for a while. But he is driven to find a way to “more cleverly fuse his interest in developmental agriculture and farming”. He is keen to study for a PhD examining conflict prevention through natural resource management.

“Farming and food security are critically important,” Michael says. “Lack of resources is so often the cause of conflict. I am keen to identify the lessons learned in Afghanistan and apply them to future problems.”