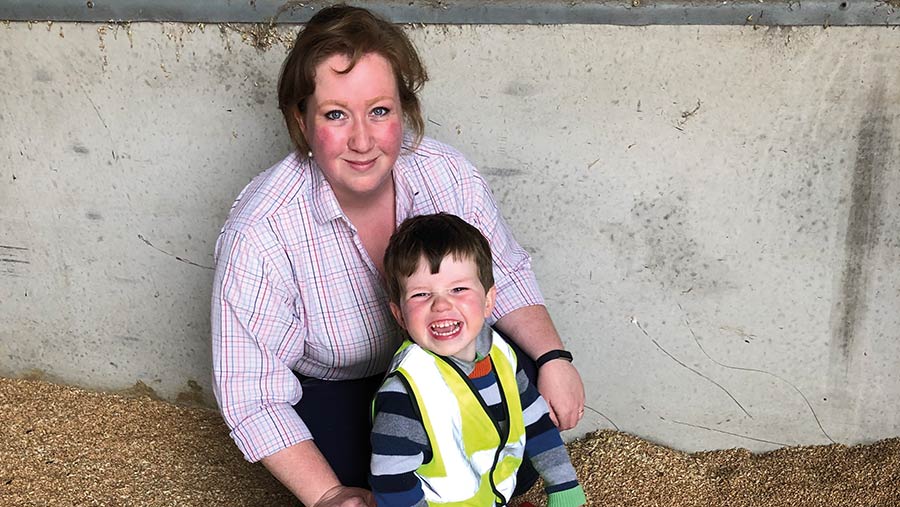 “It had been dragged into an automatic slurry scraper and had its leg ripped off,” says the senior agricultural surveyor at Securus Risk Advisors. “That could have been a toddler who followed their dad out to the yard.”

It is, she says, an example of how advances in technology have brought ever-more dangers to children on farms.

“A few decades ago, there might have only been one or two tractors on a farm and they were small, didn’t travel particularly fast, had very good visibility and were even possibly cabless. That’s all changed.”

Nowadays, she says, there could be many large tractors and pieces of kit, sometimes operated by contractors, who don’t know the farm or the family living there.

There’s more mechanisation, more noise – and the challenge of keeping kids safe is compounded by the “blurred lines” between home and work.

“Newer farmyards might well be designed so the farmhouse isn’t in the middle of it, but older yards are often around the residence and, for a lot of people, the house is still very much part of the farm because it has the office in it.”

As a result, keeping children safe needs to be a constant consideration, which means talking to youngsters about the dangers. It’s something she’s already doing with her two-year-old son, George.

“It’s never too soon to be explaining to a child that a farm is not a playground. It’s particularly important with toddlers, who are obsessed with tractors. But they don’t understand consequences.

“I don’t sugarcoat it and say ‘something bad could happen’. I use words like ‘dead’ or ‘you would be a pancake’. Sometimes I show him things in miniature using toys, saying: ‘This is what would happen if George is walking round the corner and a tractor is reversing and can’t see him.’ I try to constantly impress on him this is a place of work, not a place of play.”

At busy times of year when there are lots of vehicle movements, children should be kept out of the way completely, but proper supervision is vital year-round, says Bridget.

“Treat a farm like a factory – in other words, make sure you have a big separation between children and working areas.

“Kids always want to go out into a yard, not least because they might want to ride pedal vehicles there, so a good approach is having an area specifically for children that is separate – and gated off – from the rest of the yard. You can make it totally inescapable by putting the latch for the gate on the outside so a toddler can’t reach it.

“Having a little raised viewing platform in it can be helpful. They can climb up on that and have a look at the combine or anything else coming into the yard.

“Kids are fascinated by farm animals, too, but remember even small animals can be boisterous and dangerous. Never allow children into pens, particularly when children are small.”

Bridget also suggests having conversations even with young children about the different work that happens at different times of year and where this means the danger might be. “Stress that just because you can see someone in a tractor, it doesn’t mean they can see you.

“If you use contractors, ensure there is signage to show children may be near, and instruct unfamiliar workers of the risk. Make sure everyone knows where footpaths and bridleways are, too.”

If the tragic instances of children being injured or killed on farms is to be stopped, a real culture change is needed, says Bridget.

“The situation is slowly improving – but there’s still a long way to go. A lot of people are still far too blasé and assume it’s never going to happen to them. At particularly busy times of year, people can be in too much of a hurry, too – at difficult and stressful times the temptation can be to cut corners and this means safety is the last thing they think about.

“Another issue is that everybody remembers what they did when they were kids and how they might have ridden on machinery or played unsupervised. But the world is different now.

“Plus, people can also be criticised for being what some deem ‘over-protective’. If someone says ‘you’re spoiling their fun’, I say: ‘Yes, but I’m keeping them alive.’ 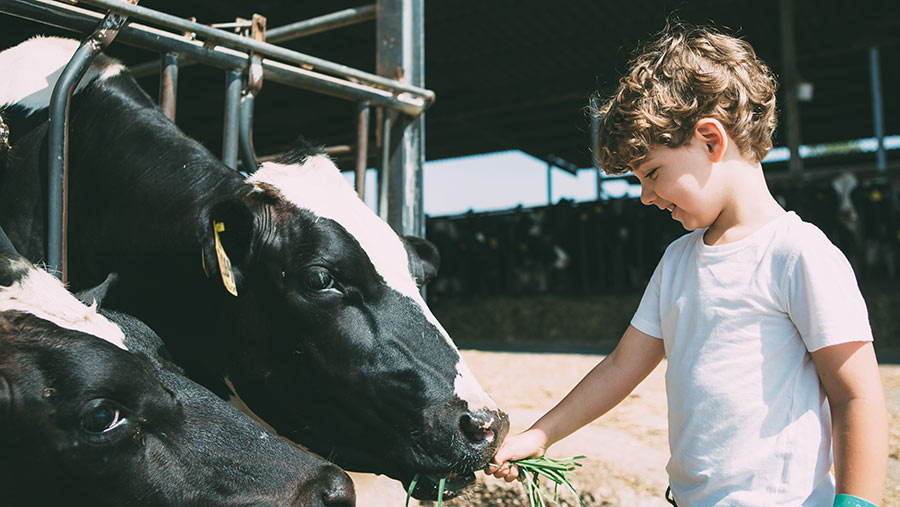