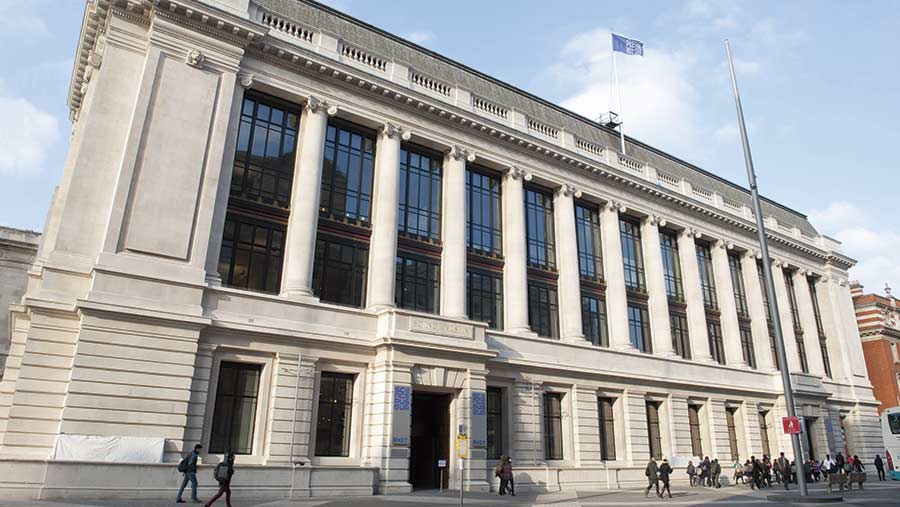 A £3m exhibition planned for central London aims to showcase modern agriculture – and highlight the challenges faced by farmers as they produce food for a growing world population.

Due to open at the Science Museum towards the end of next year, the contemporary exhibition will include the latest agri-technology, robotics and biological science.

It will replace a 60-year-old display based on a series of dioramas and a combine harvester from the 1950s.

“The core message is that farming has changed and continues to change,” says Mary Cavanagh, senior content developer for the proposed gallery, who has been working on the exhibition for the past two years. The new gallery has the working title “Feeding Tomorrow,” she adds.

See also: Time to portray agriculture as a modern industry

Farm leaders believe the gallery could show millions of people the lengths that growers and livestock producers go to to produce high-quality food – and encourage a new generation of youngsters to carve out a career in agriculture.

The Contemporary Agriculture exhibition will be prominently situated towards the front of the building – next to the museum’s temporary “blockbuster” exhibition space.

This means it is likely to attract many more visitors than some other museum galleries.

At the moment, about one in four of the 3.3 million people coming through the museum visit this floor – which means some 800,000 visitors could see the new gallery every year – equivalent to 5 million people over the exhibition’s lifetime.

Unlike the exhibition it replaces, which showed farmers hoeing crops, harvesting wheat into sacks and spraying fields without protective equipment, the new exhibition is classed as “semi-permanent” – which means it will last for up to seven years – rather than any longer.

“We are expecting it to be a big draw,” explains Ms Cavanagh. “We want it to be contemporary – and feel contemporary. Once you have an exhibition that lasts longer than seven years, it can start to feel dated, which is what happened with the old display.”

Rather than being a walk-through exhibition with a start and finish, visitors will be able to approach the gallery from any direction.

The aim is to explore agriculture through the lens of science and technology, rather detailing its history in chronological order.

“The trickiest part has been what to leave out, rather than what to include – and to decide how visitors will view and be drawn in by the gallery – and how they will engage and experience the exhibition.”

Designers started work earlier this summer. It is likely that the exhibition will be split into four main areas – each exploring a different challenge faced by farmers.

“Each of these issues will be explored in the context of how we can produce enough food for a growing world population. We want to explain the challenge they face to visitors – with examples – so they know what farmers are up against.”

The exhibition won’t be confined to UK agriculture. Instead, it will take a global perspective.

Some 47% of the museum’s 3.3 million visitors a year are international, and Ms Cavanagh says it is important they can relate to the exhibition too.

The museum’s constitution requires it to remain impartial, so it can’t promote a “right” or “wrong” way of producing food, such as suggesting that organic farming is better, or that genetic modification shouldn’t be used.

“We are a neutral platform and a driver for discussion,” says Ms Cavanagh. The gallery will present the challenges farmers face from a scientific point of view, rather than coming at them from an environmental perspective, for example, she adds.

“We will always show what is the most exciting science,” she explains. “Part of our remit is to get people excited about education, careers and help bridge the gap in STEM [science, technology, engineering and maths] skills.”

The original 1950s display included a Massey Ferguson Type 780 “bagger” combine harvester, made by the company at its factory in Kilmarnock, Scotland. Ms Cavanagh says she hopes the new gallery will show visitors the inside of a modern GPS-driven tractor cab.

“The old exhibition was built as a showcase for modern farming. At the time, the combine harvester was ground-breaking. It was one of the first exhibitions aimed at a non-specialist audience and we want to be just as cutting edge today.”

Farming is high-tech – and people need to know

Agriculture is a high-tech industry and it is important that non-farming people realise it is progressive and science-based, says NFU vice president Guy Smith.

“Farming is going places and it needs to be seen as an exciting career for any young person,” he told Farmers Weekly. The new gallery should be as stimulating as the museum’s exhibition on flight and space travel, he believes.

Mr Smith, who has long campaigned for agriculture to be seen as a top career choice, says he would be unnerved if the exhibition focused on issues such as biodiversity and animal welfare at the expense of food production. But he acknowledges that he might be being overly wary.

He adds: “If you look at the way the Science Museum portrays aeronautics, they start off with Kitty Hawk and then bring it right up to date so you can sit inside a flight simulator and experience what it is like to be a jet fighter pilot.

“The old agriculture exhibition started off in the Iron Age and then seemed to end somewhere around 1952, where you had the prospect of having an exciting job in agriculture picking potatoes out of the field and putting them into a bag. That is no longer the case.” 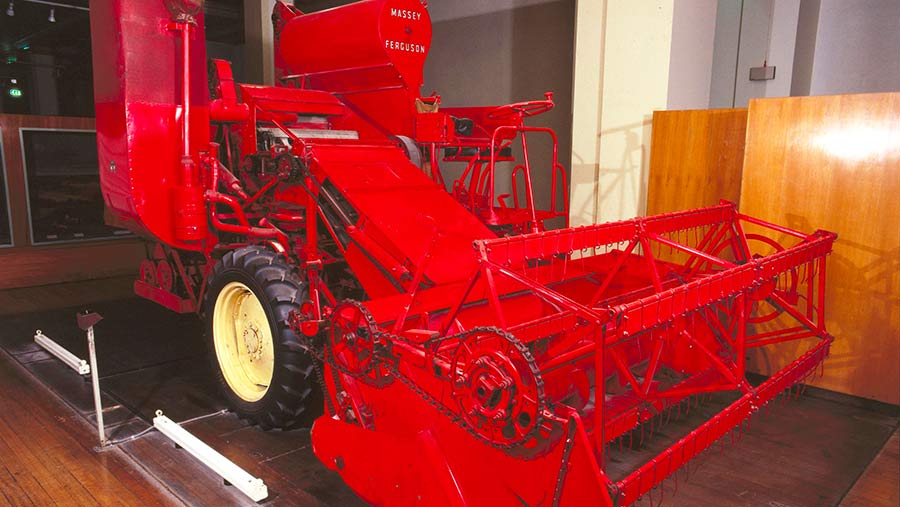 Public have ‘hunger’ for farming knowledge

For this reason, the exhibition will “cut out the middleman” and go straight to the farmer, says Rosemary Venn, the museum’s senior development manager. “People realise they don’t know how their food is produced – but at the same time they very much want to learn,” she says.

Farmers’ voices will feature prominently in the gallery, so visitors learn directly from the people who produce their food. Interactive games could allow visitors to “plant” crops and see what happens when they are affected by bad weather.

The museum is continuing to raise £3m for the new gallery through philanthropic, sponsorship and grant investment, adds Ms Venn. “We will retain complete curatorial control but it is important that people know that they can be involved in the exhibition.”

Founding partners for the gallery included the Biotechnology and Biological Sciences Research Council (BBSRC). An advisory panel – to ensure the exhibition is balanced – includes repreasentatives from the NFU, Defra and a number of academic experts.