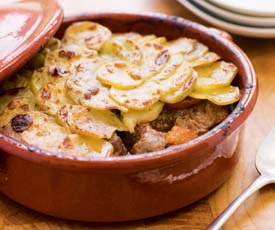 Farmers Weekly is launching a search for the best farmhouse recipes from across the country.

We want you to dig out your favourites and share them with other Farmers Weekly readers. It might be a family favourite that has been handed down the generations, a dish that you’ve concocted yourself from scratch, or a well-known classic that you’ve tweaked over the years to call your own.

Perhaps it’s scribbled on a scrap of paper in a kitchen drawer, jotted in the margin of a favourite cookery book, or maybe you’ve prepared it so many times over so many years it’s not even written down – just permanently committed to memory.

Back in the 1930s, Farmers Weekly published Farmhouse Fare – a collection of recipes sent in by country housewives, and browsing the pages nowadays is like glimpsing into kitchens past, with recipes such as meat roly poly, pig’s head pudding, tripe with tomatoes and the alarmingly-named Yorkshire old wives’ sod.

So we think, nearly 80 years after Farmhouse Fare was first published, it’s time to find out what recipes are being prepared in farmhouse kitchens in 2011.

We’ll pick our favourites and print them periodically in the magazine and online.

HOW TO SUBMIT A RECIPE

And here, if you’re looking for a reminder of recipes from days gone by, are two from an early edition of Farmhouse Fare.

Make a suet crust with flour, suet and water. Roll out 1/2in thick. Mix together the chopped onion and minced meat, season well and spread over the pastry. Wet the edges and roll up. Press the ends before covering with a scalded and floured pudding cloth. Place in a pan of boiling water.

Melt butter in pan, add fruit and tea. Bring to the boil and simmer for 2 minutes. Cool. Sieve dry ingredients, add boiled mixture and egg, mix well. Bake for 1¼ hours at 350 degrees F in a 7in tin.