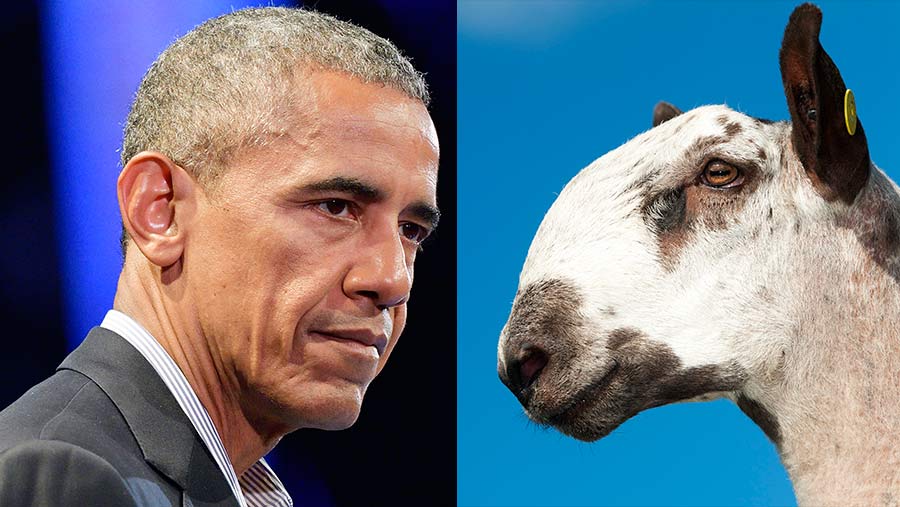 As any farmer will testify, sheep aren’t the brightest animals on the farm, but they may have been hiding their true intelligence from us.

A new study shows they can identify celebrities such as former US president Barack Obama, actor Emma Watson and BBC news reader Fiona Bruce in a picture line-up.

It turns out that sheep can be trained to recognise human faces from photos, a point proven by the latest research from scientists at the University of Cambridge.

See also: How two young farmers built up an 800-head flock without owning any land

Sheep were taught to pick out the face of famous people by using food as a reward for correct answers. The test sheep were shown an image of a celebrity face and another face and they correctly identified the famous person 80% of the time.

The woolly test subjects were even able to spot faces of celebrities that were taken at an angle.

Watch the video below to see the sheep using their brain power in the experiment.

The point of all this? Well, it may help scientists better understand complex brain disorders such as Huntington’s disease – an incurable illness that affects more than 6,700 people in the UK.

Project leader Jenny Morton said: “We’ve shown with our study that sheep have advanced face-recognition abilities, comparable with those of humans and monkeys.

“Sheep are long-lived and have brains that are similar in size and complexity to those of some monkeys. That means they can be useful models to help us understand disorders of the brain that develop over a long time and affect cognitive abilities.

“Our study gives us another way to monitor how these abilities change, particularly in sheep that carry the gene mutation that causes Huntington’s disease.”

With their new-found intelligence in mind, we’re wondering why sheep still choose to jump into a ditch, tangle themselves up in a hedge and totally ignore the open gateway you’re trying to drive them through.