Livestock farmers are no strangers to the cycle of life and death, but Jonathan Povey has seen more than his fair share.

A dairy farmworker and part-time hospital practitioner, he’s part of the UK Emergency Medical Team, a group of NHS staff who help in crises around the world.

It was more than 10 years ago that Jonathan, who trained as a doctor specialising in heart and lung transplants and paediatric cardiology, decided he wanted to expand his skill set. 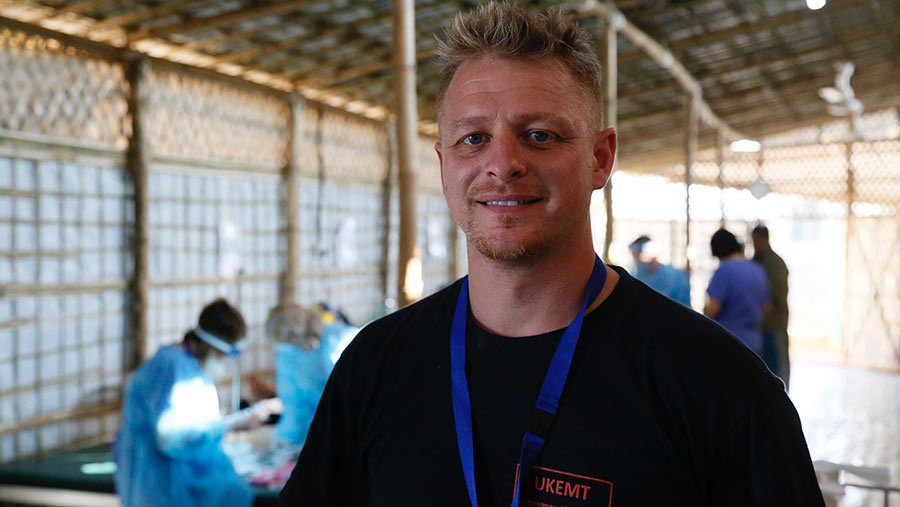 “I’m not from a farming family but I had a fascination with agriculture and I wanted to learn a new skill,” explains the 37-year-old.

He chose sheep shearing, where he perfected his art for several seasons among the flocks of Cheshire.

Today he works on the 600-cow dairy unit at Tatternhall Owler Farm on the Bolesworth Estate, 10 miles south-east of Chester.

A seasoned volunteer, Jonathan has embarked on missions with the World Health Organization, the United Nations, the UK government’s Department for International Development (DFID) and charities such as Save the Children.

These are projects that have a real impact on the lives of men, women and children in countries gripped by disease outbreaks, struck by natural disasters or trapped by the horrors of war.

Past assignments have seen Jonathan assist with life-saving operations, set up health clinics in remote locations where medical services are non-existent and care for injured children who have lost their families.

This February he returned from a three-month UK aid project near the Myanmar border in south-east Bangladesh, treating people for diphtheria, cholera and other water-borne diseases in a region where access to clean water and sanitation is hard to come by. 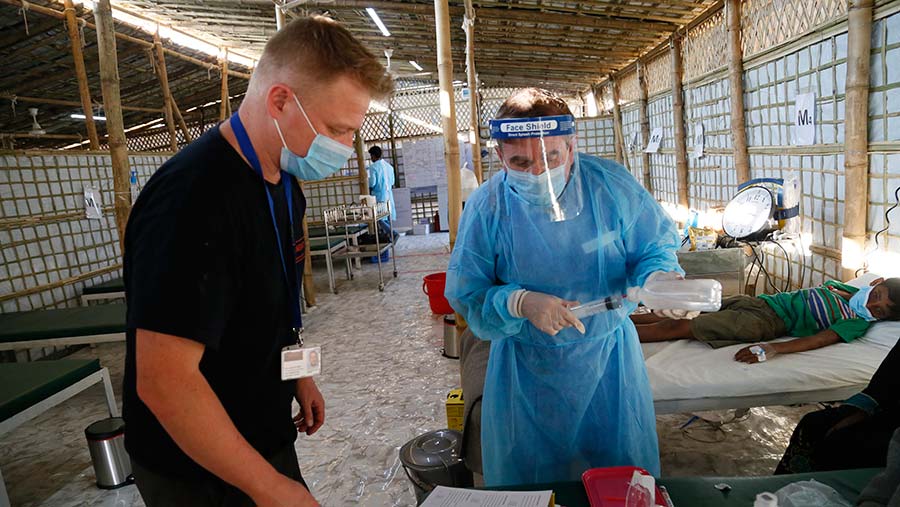 These refugees are flooding over the border to escape what the United Nations describes as a textbook example of ethnic cleansing.

Running from the violence in Myanmar, the number of Rohingya refugees arriving in neighbouring Bangladesh has passed the one million mark. Crowded refugee camps are fertile breeding grounds for disease. 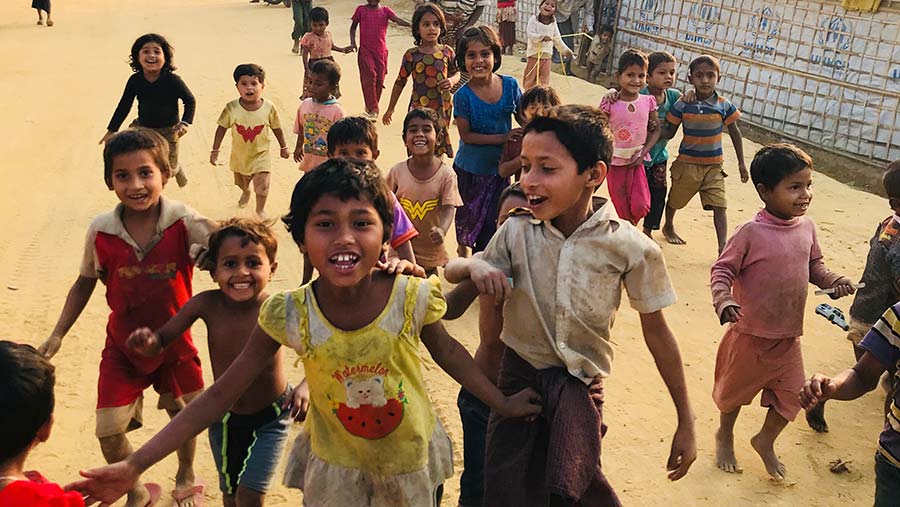 This is not the most horrific situation that Jonathan has found himself working in. Last year he spent time working for the United Nations on the frontline in Iraq.

He was deployed as a clinic co-ordinator, running a field hospital on the fringe of the conflict in Mosul – a major city in northern Iraq captured for three years by terrorist group Isis.

“I was terrified going out there, but then the people who were trapped by terrorists in their homes were much more scared,” he says.

Based just six miles from the fighting, Jonathan recalls lying in his bed and counting the number of explosions shattering the night’s silence.

“There were vast numbers of incredibly complex cases, with blast injuries, severe trauma and chemical injuries. I also had to provide healthcare to Isis detainees.

“I know that sounds mad, but actually they were mostly relieved – almost all of them had been forced to fight and they did not know what they were getting themselves into.”

Sickening sights of bodies piled high on roadsides and children with severe burns to their arms and chests caused by partially detonated explosives that had been strapped to them are the sort of memories destined not to fade any time soon.

“It was the most horrendous thing I’ve ever seen – Isis makes no exception for children or babies; they would kill them.

“There are times where you think ‘why am I doing this?’, but sometimes you just have to put other people first,” he says.

“The people living out there, the people who I met in Mosul, are the real heroes, not us. You see the best and the worst of humanity – you see the true Muslim faith and the compassion.”

Jonathan’s work is funded by the government’s international aid budget, where the UK commits to spending 0.7% of the country’s wealth on development overseas.

Being on the DFID register, he needs to be ready to drop his farm work at any time and notice periods for deployment can be as short as 24 hours, depending on the severity of the crisis he’s being sent to.

Fortunately, Jonathan works with a team of supportive and flexible people back on the farm.

“The gang are pretty used to my little escapades,” he smiles. “I signed up with DFID because I just wanted to do something that could make a difference.”

While he has medical training, Jonathan is in no doubt that the skills he’s picked up in almost 10 years of working in agriculture have helped him with his humanitarian aid work.

“Farmers are resilient and able to adapt in low-resourced environments. They don’t just see a problem, they’re good at creating solutions too.”

He encourages anyone who works in agriculture and is looking to do something else worthwhile, such as aid volunteering in training, medical or logistics roles, to get involved.

“UK aid works. It saves lives and it’s important that we are able to support the most vulnerable people in the world.

“This isn’t just about providing food and water but helping them become more stable in the future and ultimately prevents problems such as terrorism coming to your own doorstep.”