From Jim Clark to Jody Scheckter, many great names from the world of motorsport have farming links. Farmers Weekly talks to one Yorkshire family whose passion for cars, off-road racing and farming go hand-in-hand.

Anyone who followed rallying in the 1990s will probably remember the Simmonite sisters.

Elder sister Stephanie met her husband, Matt Lee, during this time. Some 20 years on, cars and motorsport still form a big part of their lives at their 100ha farm near Doncaster in Yorkshire.

Matt, an engineer who designed the Mach 5 Land Rover wheel and has built a number of his own off-road buggies, took over the farm he grew up on three years ago when his brother moved to a new farm on the Yorkshire Wolds.

“After almost 30 years of engineering, I was getting tired of the stressful, repetitive nature of the work, so decided to contract most of the engineering work out to someone else and go back into farming,” he says.

Central to the increasingly diverse business is a 1,000-head pig unit that operates a “bed and breakfast” rearing system, taking in pigs at 11 weeks old (about 40kg) and housing and feeding them through to finishing at 22 weeks (110kg).

Matt has used his engineering experience to good effect on the farm, which he and Stephanie run alongside a range of diversification activities that include a wedding venue, and new shepherd’s hut “glamping” site. 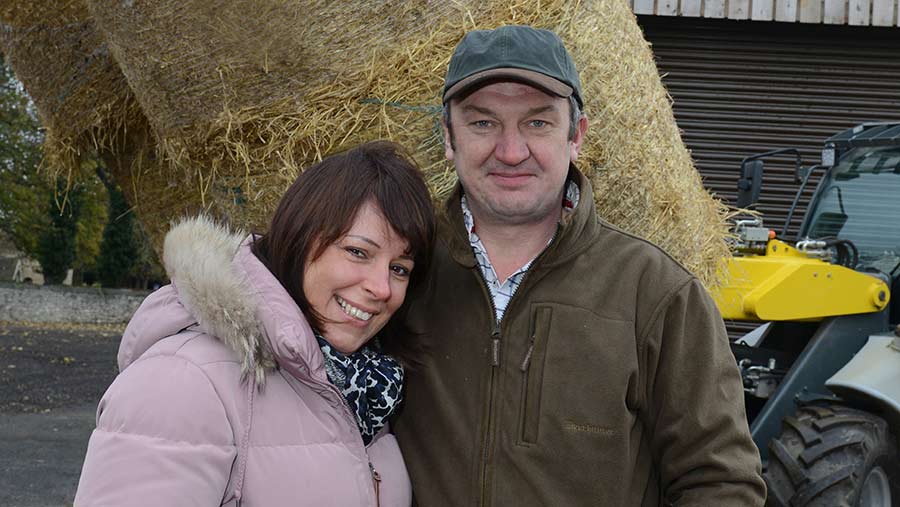 In Stephanie’s words, Matt “runs the farm like an engineer” to ensure the business remains profitable.

“The economy was still going through a tough time when I moved out of engineering and the pig business wasn’t enough to live off, so we had to look at other things,” says Matt.

“It’s great to be involved with such a range of businesses now, from pig farming one minute to engineering or helping with the wedding venue the next.

“I’m working more hours than as an engineer and it’s physically hard work, but I enjoy the variation and find it much less mentally stressful.”

With two children, aged 14 and eight, to look after as well, it is perhaps no surprise that rallying has taken more of a back seat in recent years, but the sport is still close to both their hearts.

Stephanie’s parents were leading off-road drivers and she fondly remembers driving a VW Beetle and a Mini around the fields of her Yorkshire home from an early age, which proved the precursor to her successful rallying career.

“I would do anything to go back to those rallying days,” she says. “I miss many aspects of it, but one of the biggest things is the fear of not being fast enough, which really fuels my adrenaline.”

After not competing for several years, other than a few small off-road events on the farm tracks, that feeling was reignited last September when she competed with her sister, Rachael, as co-driver and Matt as part of the service crew at the 60th anniversary of the historic Rallye des Cimes in south-west France. 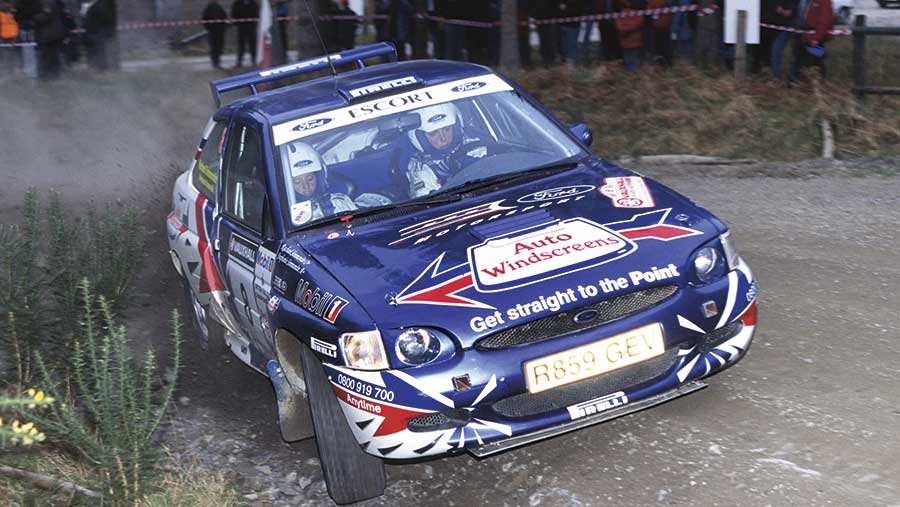 She entered in tribute to her father, David, who died 10 years ago in an off-roading accident and had previously competed at the event, held in the Pyrenean mountains.

“The last rally my father did was the 50th anniversary, so it was fitting for us to go, especially as it was him that got us into rallying in the first place.

“It’s a fantastic event, but is really tough on the cars so we just wanted to make sure we finished – which we did in 14th place driving a Fouquet French buggy.

“Taking part has really given us the rallying bug back and the plan is to carry on and do a few more French off-road rallies next year. I don’t think you ever lose the skills, but it does take time to get your eye back in.”

Stephanie is also considering an invitation to drive at a rally show next year, where her old Ford Escort will be kitted out in the original Autowindscreen livery from the mid-1990s.

Stephanie acknowledges that the adrenaline of hurtling along rally stages is a far cry from doing the farm accounts and running the other elements of the business at home, but says many of the skills acquired do come in useful.

The years of PR experience and negotiating with sponsors for the rally team have proved particularly helpful when dealing with customers, suppliers and local authority planning departments, she says.

Matt, meanwhile, is using his engineering skills to good effect on the farm. Much of the focus has been on the old pig sheds, which have been renovated and redesigned to increase capacity, make daily husbandry quicker and more efficient, and improve changeover times.

Also, to improve mucking-out time, he has invested in a Kramer 8085T telehandler from local machinery dealer Kevin Walker Machinery, and could not resist manufacturing a set of wheels for it with a bigger diameter and offset to boost stability.

“It used to take four days to clear out the sheds and get them ready for the next intake, but now we can do it one-and-a-half. With four changeovers a year, that’s 10 days we have gained.”

Redesigning the layout to include a central passageway has made feeding and bedding-up considerably quicker than in the old days of going in with the pigs. It also means Matt is able to run the unit himself, whereas three people used to be involved before. “Less labour equals more profit,” he says.

“There has been such pressure on pig margins we have had to find ways to save money and improve efficiency in order to make it pay,” he continues. “With a wedding venue and glamping on the farm, too, we have to keep it looking clean and tidy.”

Another notable innovation is the home-made 8ft-long bale spikes capable of transporting four round bales at a time or two bales in front of each other. Matt designed and built this kit because commercial bale spikes that carry bales side-by-side were too wide to fit through the doorways in to the pig sheds.

The bulk feed silo and troughs have also been replaced with a larger, more efficient automatic auger-fed system that requires filling once a week instead of twice as with the old system. Matt says this investment paid back in just two years. 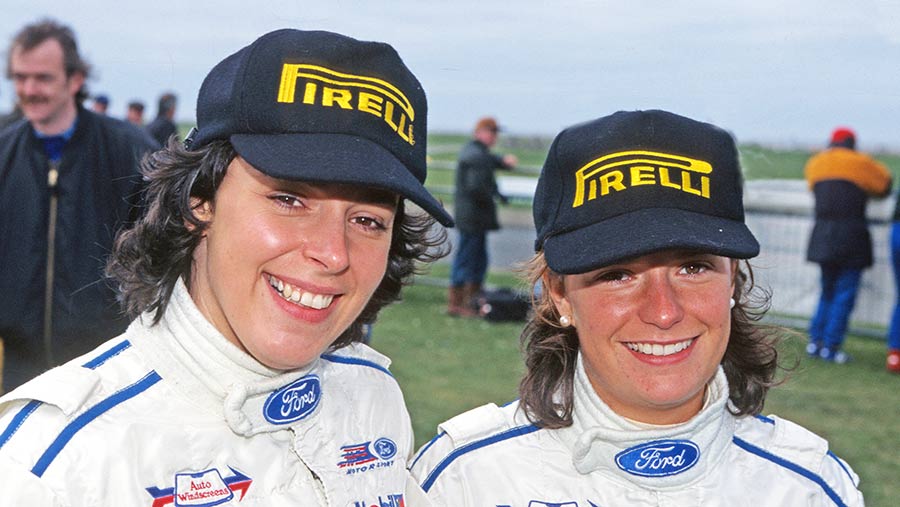 1992 Competed for the first time in a Welsh hill rally alongside their father, David, who was forced to retire with mechanical failure. Stephanie and Rachael went on to win the event.

1993 The BBC’s Top Gear show featured the pair at an off-road event and in-car camera footage revealed some rich language at times.

1995 Started competing in the British Rally Championship in the Peugeot 205 and then a Honda Civic, in which the pair won their first ladies title.

1996 Awarded a semi-works drive with Ford, but still backed by Chris Birkbeck. Car replaced with a Group A Ford Escort RS 2000, in which they won the British Ladies title for a second time and finished fourth overall in the British Championship.

1998 Finished second in the Ladies Championship

2002-2015 A few regional events but no major competitions