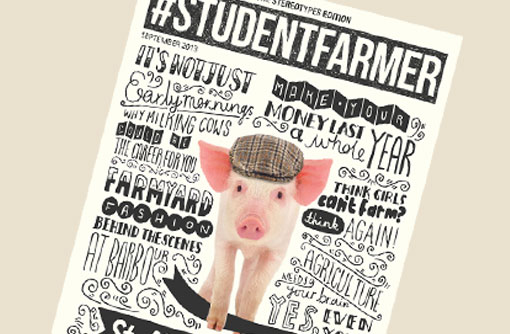 The NFU magazine, #studentfarmer, has been shortlisted for Cover of the Year in the Professional Publishers Association (PPA) Awards, among the likes of Cosmopolitan and Esquire.

It’s the only awards category open to public vote, so the NFU are seeking the farming community’s support in winning this award.

“Although we may appear to be the underdog in this competition, bearing in mind the big names we are up against, we believe that with the farming community’s backing, we can give the bigger publications a run for their money,” said Emily Cole, editor of #studentfarmer.

The award will be given to the front cover which has the most votes. Members of the public can vote once a day, every day until 6 June 2014 here: www.ppa.co.uk/theppaawards