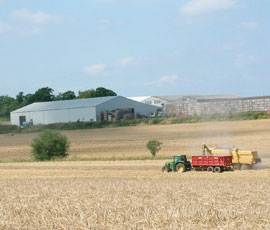 Teenagers see farming as one of the least appealing career paths, according to a survey of more than 1,000 youngsters.

Bill Graham, head of education at Farming and Countryside Education, said the survey results demonstrated that farming still has an image problem that is putting off new entrants.

The survey, carried out by an independent organisation called Magnified Learning, involved more than 1,000 young people aged 14-15 from eight different schools based in Birmingham, London and the South East.

From a list of major industry sectors, students were asked to select their top three jobs in four different categories.

Jobs seen as the most attractive and appealing by students include the media, creative services, sport and leisure and IT.

Mr Graham said there was only one positive he could draw from the results – things could only improve.

“This is a wake-up call. So many times we hear people saying we have a problem with recruitment in farming. Clearly, the farming industry has an image problem and it has to address this if we are to attract the brightest and best recruits for the future.”

Mr Graham said it was likely the students interviewed had largely been from an urban or semi-urban environment. However, this did not mean the results could be overlooked.

“It is representative of the majority of young people,” he said. “If we are to compete against the construction industry or engineering in future [for these people as new recruits] then we have got to have much more joined-up thinking around this issue.”