Northern Ireland dairy farmer Samuel Steele is still wincing following a charity event in which he had his chest waxed to raise money for the region’s hospice.

The challenge, dubbed “Chest of Steele”, was organised by a group of tractor drivers, known locally as Team Green, with so-called “friends” paying up to £100 to rip the strips of hot wax off Mr Steele’s chest.

See also: Tractor event attracts enthusiasts from around the world

The event started as a dare after friends teased Mr Steele about his hairy chest, declaring him the Ards Peninsula’s hairiest farmer and suggesting he get it waxed. 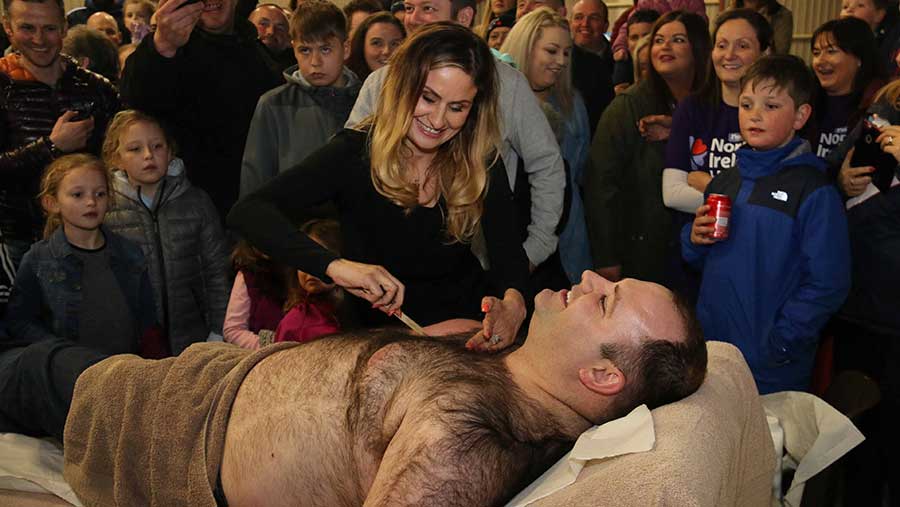 “That night they did a whip around in the pub and put £500 down on the table straight away.”

Mr Steele admitted he had reservations.

“But when I saw the crowd which had gathered on the night I realised I had to go through with it.” 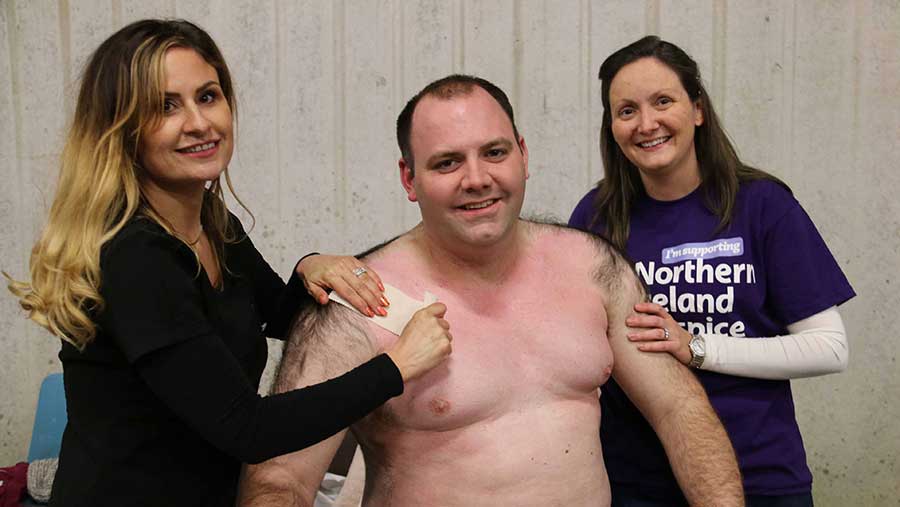 About 250 people crammed into a machinery shed-turned-salon in Carrowdore, County Down to watch. Many had arrived by tractor as part of a 140-strong tractor run to the event.

Beauty therapist Kerry Reynolds started the process by trimming the excess hair with scissors, then friends cheered as each wax strip was pulled off.

“For me the main thing was raising money for the hospice,” said Mr Steele.

“Until you’re in the situation where you need them you have no idea just how much they do.