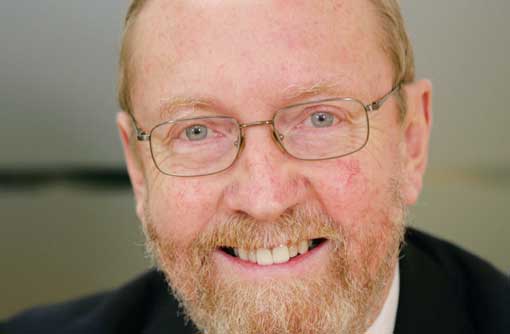 Sir John Beddington hit the headlines in 2009 when he published his Foresight report. Now the government chief scientific adviser is calling for more urgent action to meet the food security challenges.

You coined the phrase “Perfect Storm” to describe the challenge of climate change, energy, water and resources scarcity, combined with increases in demand for food and water. To what extent do you think your warning has been heeded?

• It’s clear that things have moved on. I recently attended a conference in London called Planet Under Pressure. I sat on two panels and in both cases everybody recognised the point I was making a couple of years ago about the intimate relationship between food, water, energy and climate change. These are the big challenges and, in the last year, I have come to realise how urgent they are. The challenges are being recognised in many ways. Food security is up the agenda; there were discussions at the G8 and at the G20. And many international groups, including the World Bank and the FAO, recognise food security is a real issue.

People keep citing how important your Foresight report is, but what practical measures would you like to see UK farmers taking?

• The Foresight report anticipated that we need an agriculture that is much more sustainable, which is a “climate-smart” agriculture, for example, by using less fossil fuels, pesticides as well as techniques that sequester carbon dioxide, such as using plants with larger root growth, or having a mix of agro-forestry with normal planting. You can have a system that is not just more efficient, but sequesters carbon dioxide. Let’s think about investing to enhance this climate-smart agriculture.

Is there now more urgency required to meet the global food security challenge by 2050 than you thought at the time of the publication of your Foresight report?

• To a good extent, the next 20 years are already determined. The world population passed 7 billion for the first time in October and the projection is to go to 8 billion by 2025. Urbanisation and the proportion of people living in cities is increasing. 2009 was the first time more people lived in the city. Finally, because of the time delays in the climate change system, what’s up there now will determine the weather for the next 20 years or so. All these things are happening on a timescale of 13 years, irrespective of intervention now. The urgency is even more compelling. The world is becoming more prosperous. In addition to an increasing population, the purchasing power and consumption of populations is increasing. That need exacerbates the demand for food, water and energy.

How can British farmers be persuaded of the need to control carbon emissions when a) it impacts badly on their profitability b) it seems to make very little difference to the overall world carbon balance compared with what is happening, for example, in China.

• The UK is a very small proportion and regrettably there has been no national agreement. I think this is where government must play a role. UK government has set a target to reduce our greenhouse gas emissions by 34% by 2020 and 80% by 2050. That was an all-party agreement.

Agriculture needs to play its own role in it. If farmers think about operating in an environment where they can significantly reduce fossil fuel usage, I suspect they will actually become more efficient and more profitable, especially considering the high price of oil and fertiliser. For example, we can use mechanisms of high-precision agriculture. By engineering and using sensors, we can both save money and increase yields.

Rothamsted’s 20:20 wheat project is aiming to boost food security by achieving wheat yields of 20t/ha by 2032. In your view, would it be better to have 20t/ha wheat crops that may need 400kg/ha of nitrogen to achieve that yield, or, a 10t/ha nitrogen-fixing organic wheat crop that does not require any fertiliser?

There’s absolutely no doubt that we are going to have to produce vastly more food on the same land – the sustainable intensification issue. The challenge for agriculture, of an organic type is: can you do that? Can you increase the level of production to meet the sort of demands that are going to be out there without using more land, more inputs? That’s the challenge for both intense and organic agriculture. But there’s room for both.

What is your view of the state of agricultural research in the UK?

•Over the last 20-30 years, the amount of money that has gone into agricultural research of a production sort has been declining, but that now has reversed. The UK is spending something like £400m of government money on agricultural research, whether through DEFRA or the Technology Strategy Board, or other agencies including the devolved administrations. That’s an impressive amount of money. I think the research is really exciting.

We have some splendid organisations. Scientists are also trialling a GM wheat crop, which has within the genes the ability to produce an insect alarm pheromone for aphids. That’s amazing and it has real potential to reduce pesticide use and increase yields. The Biotechnology and Biological Sciences Research Council is putting £100m into a food security programme, which is cross-council work and includes funding from DEFRA and other government departments. If you compare our scientists, their publications and period journals, our productivity is way higher than anyone else in the G8.

British farmers have been historically viewed as among the most skilful and technologically advanced in the world. Does this still hold true? Or, do you think other countries are catching up and/or even going ahead of us?

•They had a very substantial lead at one time, which is probably declining now. There is some amazing work going on in other countries. For example, agriculture in Brazil is extraordinary. It’s a different sort of agriculture, but the productivity gains we have seen there are incredible.

They have an enormous research base. Embrapa (a research organisation) has 60 or 70 research stations dotted throughout Brazil, working all sorts of ecological zones, whether it’s in the hot, humid zones or in the relatively dry arid regions. Agricultural research there is extremely efficient. Many of the European countries are extremely advanced as well. We’re not falling behind, but others are catching us up.

Do you think we will have genetically modified crops growing in the UK in 10 years’ time? Or, do you think that the current political opposition over GMs in Europe, including member states like France and Germany, means we are still likely to be in a stalemate?

• It’s a slightly fraught situation to do with political situations in Europe. In terms of addressing some difficult problems, including water shortages, climate change and the need to minimise the use of nitrogen-based fertilisers, in particular, I think GM technology has the potential to help. GMs can also address the problems of pests and diseases in a way that is very slow to do with conventional breeding.

Some of the breakthroughs that are happening are going to lead to significant improvements in productivity, or sustainable intensification, if you like. But they need to be tested for human and environmental health.

If that happens, it seems unacceptable that they are completely ruled out. That’s a political position; it’s not a science position. I believe we will see many more GM crops being grown around the world. Whether Europe falls further behind or there’s a change in the political will, I can’t judge.

Who has got the science right over bovine tuberculosis – the Welsh or the English government?

• I think both have, in a sense. The science base on the effect that the badgers have on bovine TB is pretty much a science consensus. Substantial trials that lasted nearly 10 years came up with a fairly clear indication that what you might expect from badger culling would be something around a 16% reduction (of bovine TB) over a five- to six-year period.

So you could get some benefit, but it’s clearly not going to be enormous. Similarly, there’s the potential for controlling bovine TB using a vaccine and there now is a vaccine. I think the decision is now almost a political and financial one. The science is pretty clear. There’s a consensus that badgers do pass bovine TB to cattle. But the problem is: what is the best intervention? A lot of interventions can be done in terms of cattle and control within the farm gate on keeping badgers out. But if one has a vaccine, which does seem to work, over time that will reduce the incidence of bovine TB in animals.

The issues are to do with costs. Vaccine administration is significantly more expensive than shooting, which is the current proposal of the English government. This will be tested during the autumn with the two trials that are planned.