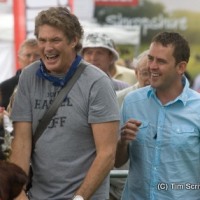 You see some strange sights at agricultural events (normally around the YFC stand), but surely none are stranger than the sight of TV star The Hoff and DJ Scott Mills at the East of England Show (19-21 June)?

The America’s Got Talent judge made a surprise appearance at the show alongside Scott Mills who hosts the Drivetime show on Radio 1.

The pair were filming with David Hasslehoff’s two daughters Taylor Ann and Hayley Amber for a new TV show which involves The Hoff staying with Scott. It is a follow up to a show called The Hoff: When Scott Came To Stay.

The show will go out on Living TV in September and will feature The Hoff’s experience in England – his visit to the show being part of that.

Picture credit: Tim Scrivener.  You can also view our full picture gallery of The Hoff and Scott Mills at the show. 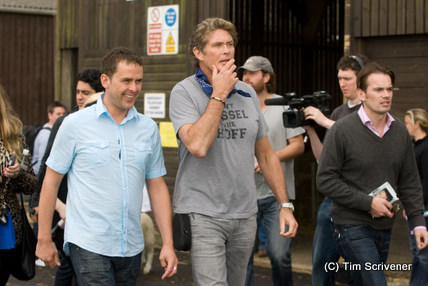 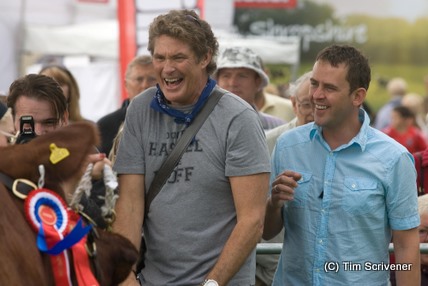 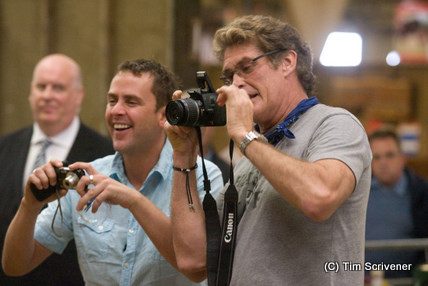 You can see all the results from the East of England show on the Taking Stock blog.