The National Farmers Union celebrates the 100th anniversary of its first meeting next week.

On December 10, 1908, a meeting was held in an ante-room at the Smithfield Show to discuss whether a national organisation should be formed to represent the interests of farmers. The outcome was the NFU.

The union has marked its centenary with the publication of a book (see below for details) which charts the first 100 years of the NFU by focusing on the 33 men who have occupied the presidency has been produced.

But we at FW wondered if you had some picture highlights or memories of your own which show the changing face of agriculture over the past 100 years? If you’ve got old photos scanned into digital form then, why not upload them onto our gallery or email them to us.

We’ve taken a dig through the archives to come up with some pictures of our own to start things off. 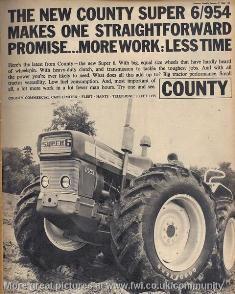 *‘From Campbell to Kendall: A history of the NFU’ is written by NFU member Guy Smith, and it also looks at how agriculture and the countryside have changed over the past century. It can be purchased from the NFU’s website.