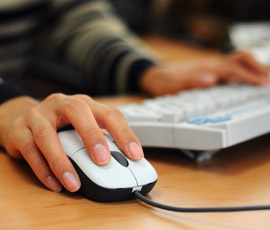 Farmers Weekly has one of the most active community forums of any website.

The forums give our farming community the chance to blow off steam, swap ideas and help each other out on technical subjects.

We’ve picked our favourite forums of 2011 and we look forward to hearing more comments from you in 2012.

Farm safety
Farm safety is an emotive issue that always gets people talking. This debate was sparked by a letter from a farmer in Cornwall, recalling how he lost his father in a farming accident.

Rural crime
As the value of scrap metal rose, so too did the number of incidences of scrap metal theft. This thread discusses this and other farm crime.

Farming under fire
Discussion was sparked after FW published a list of the 20 lobby groups with most influence on British agriculture – including the RSPB, CPRE and Badger Trust.

CAP reform
CAP reform is on its way – and the outcome will have consequences for a generation of farmers.

Land Rover DC100
Land Rovers unveiled the concept for its new DC100. Some people loved it; others weren’t so keen.

Education
Picking a place to study a land-base course at is one of the biggest decisions many young people will make. We asked you to us what you think about your college or university.