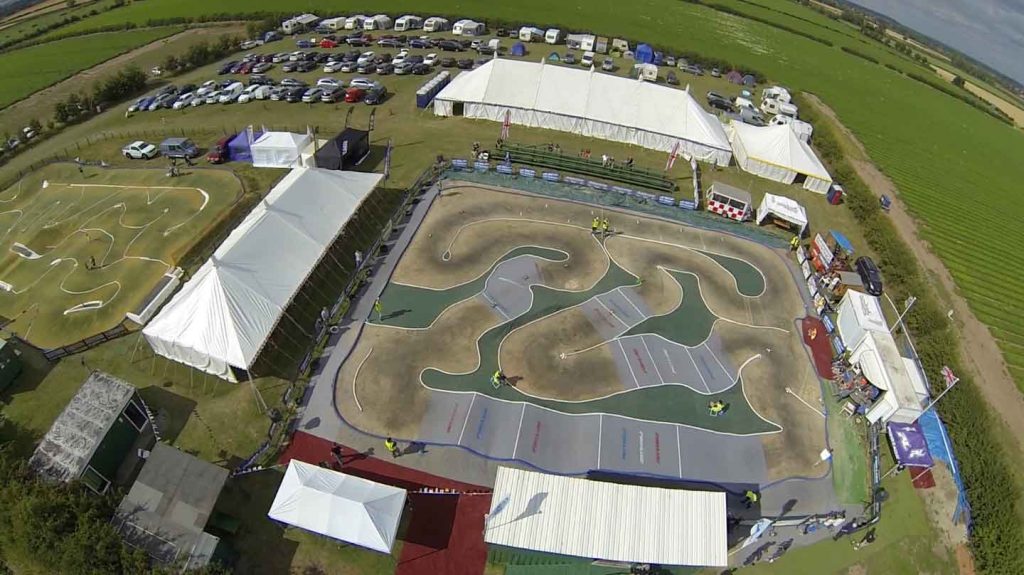 A Nottinghamshire farmer’s passion for radio control cars has helped steer his diversification down the right track.

James Helliwell fell in love with radio control car racing at the age of 11.

His father took him to a model car club meet in the car park of a local pub. “It was all pretty amazing to an 11-year-old. After a month or so of nagging, Dad bought me my own car and we joined the club,” says James.

The club was quite small and ideally wanted a permanent venue and, at the time, the Helliwells had a suitable site on their 200ha farm in Torworth  – a redundant grass field, café and toilet block that had been a shooting ground run by James’s dad, a champion clay pigeon shooter.

“So we leased them the field and they pretty much dealt with everything else initially, although over time we’ve taken it back in hand,” says James.

He may have been a young teenager when the track first opened, but it wasn’t until he returned from doing his degree at Harper Adams University that the family decided it was time to develop it more as a business. 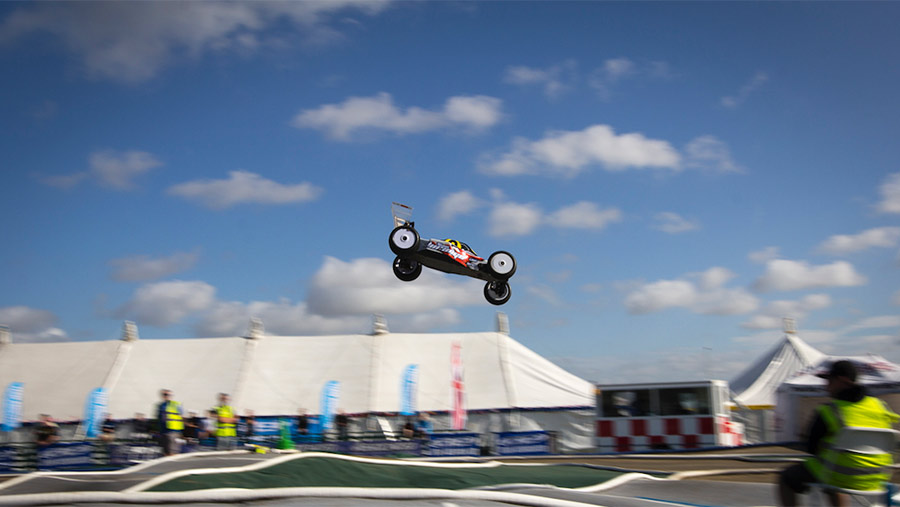 By then, the technology had advanced substantially –  all the cars were carrying transponders for automatic lap timing, where before it had all been manual, and they were made of modern materials such as carbon fibre and titanium. They were much quicker too.

“Ten years ago we teamed up with another club from Yorkshire,” says James. “It had been meeting in a school sports hall and was looking for a permanent venue, so we amalgamated and that’s when we renamed it the Robin Hood Raceway and started development of the site in earnest.

“We resurfaced the track with Astroturf, acquired 200-seater spectator grandstands and barriers, connected mains water and upgraded the parking.

“With it being a bigger club, pretty much everyone knew someone who could lend a hand or help source something, so it wasn’t so much a case of getting the builders in and paying out all the time.

“Obviously being on the farm, we have a lot of the machinery on hand and know how to do a lot of the practical jobs ourselves – when you’re a farmer, you’re a jack-of-all-trades.”

Now the venue is one of the country’s premier facilities and even played host to the European Championships last year.

“We sent a representative to Croatia to do a proper pitch in front of the European R/C federation with a video presentation,” says James. “It was a very competitive process.”

Enthusiasts came from all over the world – and the event attracted media coverage, saw 23 countries competing and necessitated top level facilities – everything had to be very specific, down to the referees, technical inspection and marshals.

“The venture grew organically up to a point, but we reached a crossroads where it would either plateau as a small club or we push forward with some investment and develop something new, unique and take the facilities to the next level, so we could go international.”

James, meanwhile, races electronic cars at the highest level. “I’ve raced all over the world – it’s been brilliant. If I could have afforded to race full-size motorsport then I would, but this was what I started off doing and discovered I had a talent for so it grew from there.” 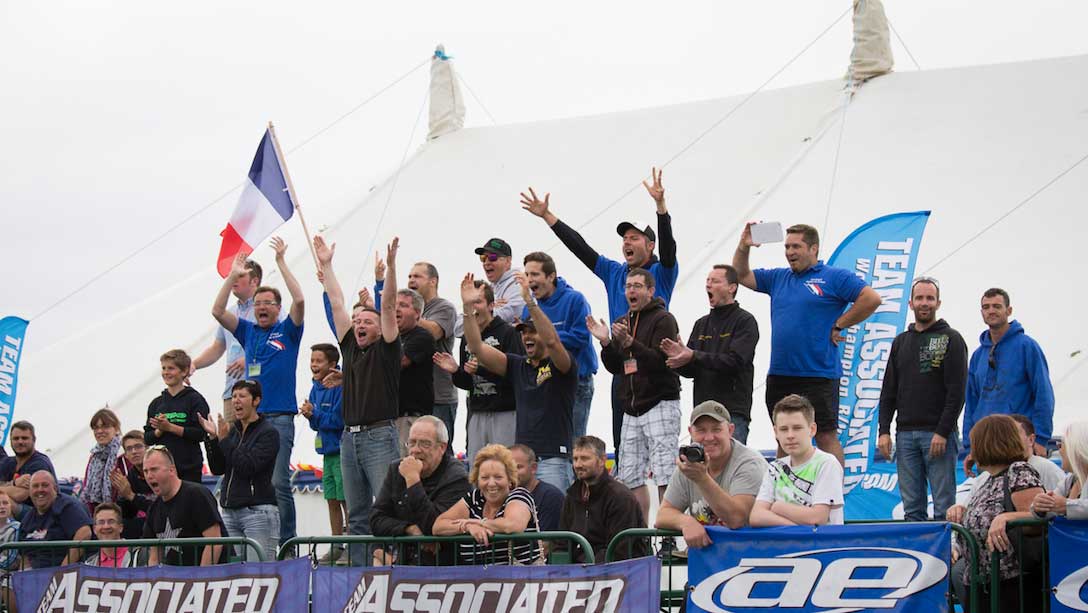 The track is open for racing from mid-March to mid-October and hosts events throughout the season, as well as a weekday practice night for members. At events, each entrant pays a fee of £10-£20 and the venue attracts between 100 and 200 racers across a weekend.

After a short practice session, there are four qualifying races lasting five minutes each, with up to 10 racers on the track at any one time. The top 10 finishers compete in an A final, while the next 10 battle it out in a B final and so on. On-site catering is provided by a local pub, which offers a range of home-cooked meals including a Sunday roast.

“It’s a very inclusive hobby – we get everyone down here. There’s under 10s having a go, people in their 20s and 30s, everyone you can think of: girls, boys, couples, young children, pensioners and we have disabled access too,” says James.

“The raceway regularly hosts the UK championships, but now we are being encouraged to apply to host the World Championships although they are not due to come back to Europe until 2019 – but it’s something we are seriously considering.”

Other plans include adding a large permanent shelter on site to reduce the need for – and cost – of constantly hiring marquees.

“We’ve just applied for planning permission for the permanent shelter, like a Dutch barn with sides, at around 5,000 square feet, so fingers crossed it’s approved.”

The marketing side has been a learning curve, with all the promotion done via the internet – particularly Facebook, a website and forum.

“I know as much about this as anyone, but the downside is it is constant – 24/7, I was even getting messages on Christmas Day from people asking if they could book in to compete. Mobile technology does mean you can respond quicker, but you can never really get away from it.

“Because of the nature of farming, this side of the business can be very tricky for me – especially in August, which is the busiest time. But with the track being right here on the farm, it’s pretty easy to just nip off and take care of what needs to be done.

“The club is there to oversee things as well. If it were 10 miles away, for example, I wouldn’t be able to do it.” 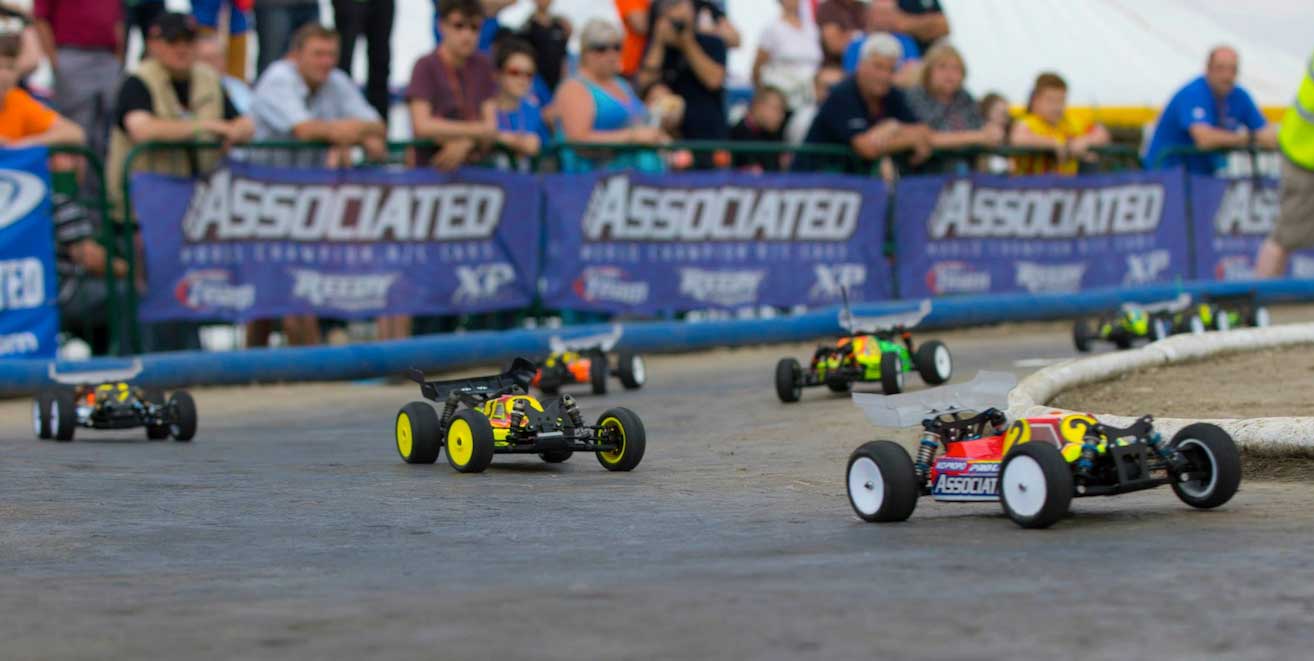 Racing these cars is much harder than it looks and technically challenging to learn, according to James. “Everything happens incredibly quickly and the racing is extremely close. But the atmosphere is fantastic.

“We have also recently branched out into drones, in terms of racing and also offering full Civil Aviation Authority Certification and training.

“There are so many opportunities to diversify your already diversified business – always keep your eyes and mind open.

“I get to meet so many people that perhaps I otherwise wouldn’t in my normal farming life – it’s fantastic having farming and racing here together.”