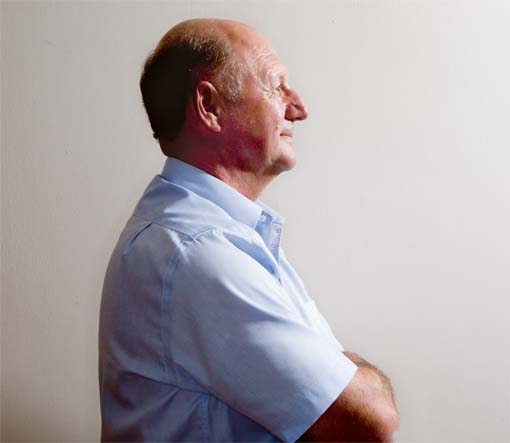 What was it like finally getting the bit between your teeth after so long in opposition?

Like you say, I shadowed this job for a very long while and I wanted to do it. I won’t hide the fact there have been elements of frustration. We’re not dictators – as ministers we have to get agreement, including cross-government agreement, for all sorts of policy changes – so some things have taken longer than I would have liked. But that’s democracy.

That said, I think all the balls are rolling for all the major plans that we put in our agricultural manifesto. Nothing has failed to the best of my knowledge. Most are either in the bag or much closer to reality.

There’s a lot in the pipeline though – we’re still waiting on a badger cull decision to combat TB, the outcome of the red-tape review and the supermarket regulator.

With the badger cull, we have made it quite clear there are a number of issues that emerged during the consultation period that have to be resolved. We will be announcing our conclusions on the issue of culling badgers, alongside launching a wider package of measures, in the not too distant future.

The red-tape review by Richard MacDonald’s taskforce is close to fruition. I’m not going on record giving you the date, but it is quite close. From the drafts I have seen, I’m very optimistic about it and I hope we will be able to give it a very warm welcome and quickly start to implement it.

And the supermarket regulator?

The ombudsman or adjudicator? Again, we anticipate the draft legislation being published very soon. I have seen some of the early drafts so we know it is in process, and yes, we are still committed to do it as soon as we can.

You mention frustrations. What has been your biggest challenge?

The most challenging issue has been the Rural Payments Agency (RPA) and the Single Payment Scheme – having to take on the chin the criticism from farmers who thought I’d promised to sort it all out and wasn’t doing so.

I can understand farmers’ frustration, but we are doing our best to sort it against a horrendous background. The RPA is making significant progress. There’s no doubt at all that in the past the desire to get payments out has been at the expense of accuracy and we have been determined this year to make sure that accuracy was number one.

I am very much aware that a lot of farmers have faced serious financial problems because of it, but I can honestly say that I think we are cracking the problems. I think next year’s payments will be a much smoother process without having to go back over the last five years to eradicate some of the errors.

Do you regret taking on the RPA chairmanship?

A number of my colleagues thought I was mad – that I was really asking for trouble. But I believe in ministerial accountability and I wanted to demonstrate my determination to get the RPA sorted out. It has been a major problem to government and to farming ever since the single farm payment came in and it has to be resolved.

What is it like working with Caroline Spelman? You held the agricultural brief a long time in opposition, but she came in with a lot to learn.

We work very well together. Don’t forget her own background includes a lot of agriculture and food-related experience. All of us ministers are country people. We all understand a lot about the natural environment and food and farming. I think we are a very good team and working well.

You both insist you don’t want to abolish farm subsidies, but you do want to see a reduction in the CAP budget?

Yes we do. The overall CAP budget in Europe should be reduced. It has been falling for a number of years now and we think that trend should continue.

The reason is partly because of the economic situation facing the UK and the rest of Europe and partly because increasing world demand for food over the next 40-50 years means there is a good future for agriculture.

Rising demand is the ideal background against which we can start to think about reducing the overall level of support going into the industry. We are not calling for an end to direct payments either now or over the next CAP reform period, but we do think that the longer term projection should be a decline.

You talk about engagement with other countries yet you voted against the EU farm council paper earlier this year. What were you thinking?

Much of [the paper] we were happy with, but it was an early stage of negotiations. We took the view that we had to put our markers up. For a start, it talked about making the single farm payment effectively permanent and we believe we should be thinking about phasing it out.

Second, it referred to a strong CAP – the implication was that it would be a highly interventionist operation, which we thought was wrong.

Third, it talked about continued market support measures. Although we believe there needs to be a very basic safety net to deal with major shocks to the market, normally we don’t want to see market intervention so the phrasing wasn’t right in that context.

How much is the UK’s position on CAP reform being driven by DEFRA and how much is it being driven by the Foreign Office or the Treasury? Could we, for example, see a deal done on the CAP to save Britain’s rebate?

The CAP will be negotiated at agriculture level. The CAP budget will almost certainly be decided by heads of government, but the detail of how it is spent and its allocation will be decided by agriculture ministers.

The rebate doesn’t come into it, but you can’t ignore the fact that Britain gets a rebate and clearly it is there as part and parcel of our overall EU contribution. But don’t forget other countries get rebates too – we’re not the only ones.

Much of your first year has been dominated by the debate over large-scale farming – including the Nocton super-dairy. Aren’t we in danger of exporting our dairy industry unless we give larger farms the go-ahead?

I certainly don’t think we should be philosophically opposed to larger-scale farming – whether it be dairy units or anything else.

We have to face up to the market reality. If you can drive down the cost of production through being larger scale then you should do so. I flatly reject the view that these big units will mean the closure of so many small farms.

Global demand for food means there is room for all of us as far as dairying is concerned. I’m absolutely convinced that our dairy industry should be pre-eminent in Europe. With the exception of the Republic of Ireland, in the western half of England we can produce grass better in this country than anywhere else.

Why we import dairy products from other countries in Europe who have got a higher cost base is beyond me. We have huge potential and that means there’s room for smaller and larger producers. But they must be competitive.

When I told my three-year-old son I was going to interview the farm minister this morning, he asked me if you drove a tractor. Joking apart, do your ministerial duties still give you time to keep your hand in?

I do all the work for my highland cattle at weekends, so yes I do. And I do drive a tractor. It’s a new tractor, but relatively small – I was on the farm my son manages last weekend and the scale of his 220hp John Deere frightened me silly compared to what I grew up with in farming, but yes, I still keep my hand in.