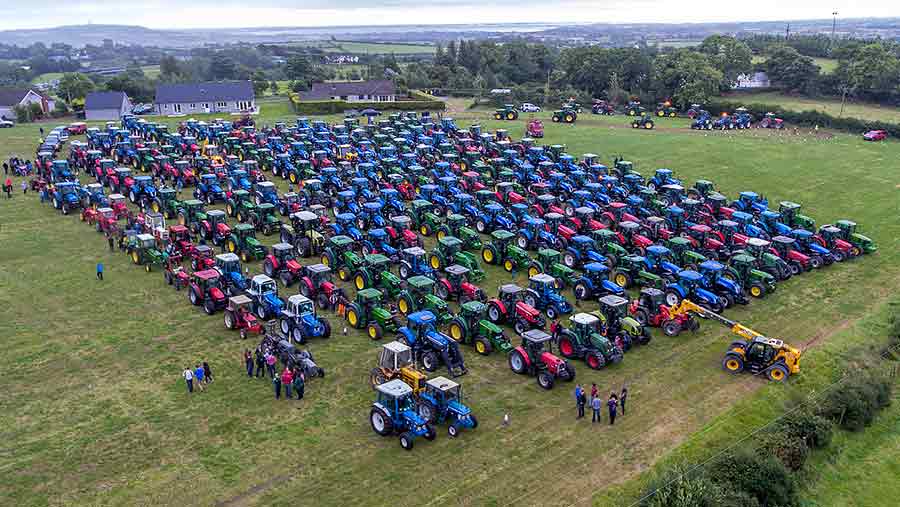 A whopping 281 tractors took part in a charity run to raise funds for a cancer charity suggested by a young farmer recently diagnosed with leukaemia.

Andrew Gill, from Saintfield, in County Down, Northern Ireland is currently enduring chemotherapy sessions to help beat the cancer.

The 23-year-old is a member of Moneyrea Young Farmers Club (YFC), which arranged the road run to raise funds for the Friends of the Cancer Centre charity that is helping him and his family.

The tractors formed a convoy and set off from Hillmount Garden Centre outside Belfast for the 12-mile charity run, which snaked its way around the Castlereagh Hills and beyond.

Tractor drivers came from all parts of Northern Ireland to support the event. Many more tractors joined the procession as it went along. 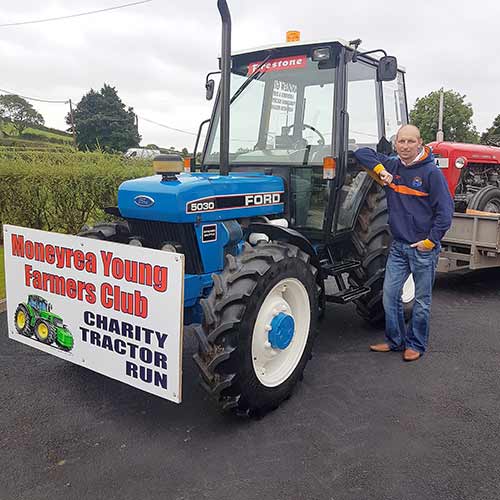 Mr Gill was allowed to leave hospital for a few hours on Thursday evening (11 August) to attend the event. He drove a brand new Massey Ferguson tractor at the front of the convoy before heading back into hospital that night for more chemotherapy.

He said: “I started another session of chemotherapy on Monday, but the doctors allowed me to leave on Thursday about 3pm to attend the event.

“I wasn’t feeling so good, but managed to get a few hours sleep before the tractor run started at 7pm. When I arrived there I was totally overwhelmed to see so many people had turned up to support us.

“Over 280 tractors were in the field plus several trucks. I was totally overwhelmed to see so many people come to support the cause. It really gave me a lift.

“I was even more surprised when the local Massey Ferguson dealership allowed me to drive a brand-new tractor around the route.

“People were waving and shouting when they recognised me in the convoy. It really was encouraging to see everyone there. I want to thank everyone who came and supported us.”

The president of the Young Farmers Clubs of Ulster, Roberta Simmons, was also taking part as a passenger in a tractor.

She said: “Congratulations to Moneyrea YFC for organising such a successful tractor run with 281 tractors and more than 40 trucks.

“It was a fantastic night for such a worthwhile cause in aid of Friends of the Cancer Centre and support of Moneyrea YFC member Andrew Gill. It was great to see Andrew present and I wish him well in his treatment.”