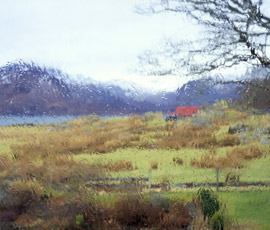 Britain could be set for another 10 years of wet summers, forecasters have warned.

Six out of the past seven summers have been wetter than average, and 2012 was the wettest for 100 years – costing the rural economy an estimated £1bn in poor crop performance and lost tourism.

A group of climate scientists and meteorologists, gathered for a workshop at the Met Office’s headquarters in Exeter, focused on the unusual seasons Britain had experienced in the past few years.

The discussion centered around the movement of the jet stream; a “river” of air that flows from west to east over the Atlantic that has a huge influence on UK weather. If it shifts south in the summer – as it has for the past few years – Britain will experience wetter weather.

Dr Adam Scaife of the Met Office Hadley Centre said warm ocean temperatures in the north Atlantic tipped the odds “slightly in favour” of another wetter-than-average summer this year.

Professor Stephen Belcher, head of the Hadley Centre, added that the spate of wet summers was part of a cycle, lasting about 20 years, of warmer ocean temperatures forcing the jet stream to move south.

“Predicting when this cycle will end is hard,” said Prof Belcher. He pointed to similar patterns in the past – in the 1950s and the 1880s – which had lasted about 20 years.

The next stage for research was better understanding of how different factors, including climate change, were “loading the dice” and causing the jet stream to move, added Prof Belcher.