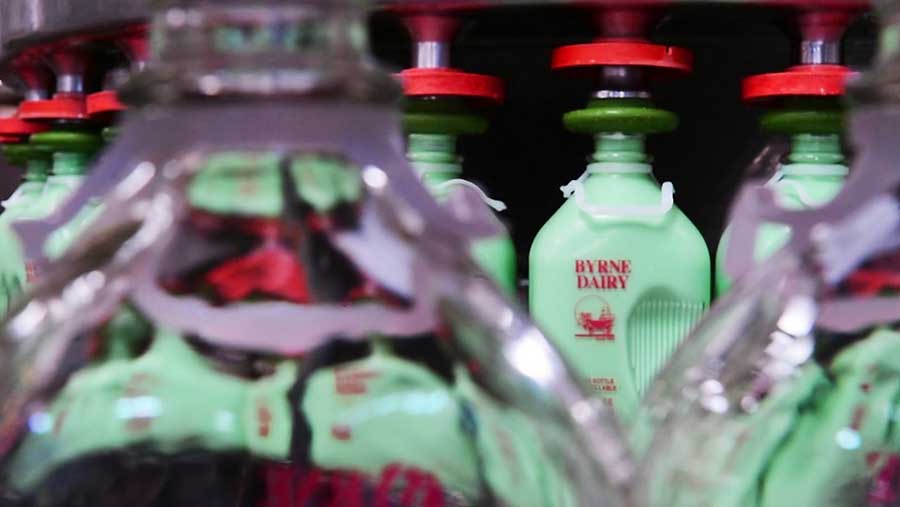 A dairy company in New York is getting in the mood for St Patrick’s Day today by producing its very own green milk.

Byrne Dairy has continued a tradition dating back to 1976 of bottling up its popular milk with an added twist of mint ready for St Patrick’s Day.

The Byrne family, who own the dairy, traces its roots back five generations in Ireland.

Speaking to Syracuse.com, fourth generation Byrne family member Ryan Elliott said: “We started to receive calls as soon as January asking us when the green milk is going to come out. From March it’s a product that many stores have trouble keeping in stock.”

Byrne Dairy started this year’s production of the green milk on 20 February and plans to produce 8,500 gallons until 14 March.

The Byrne Dairy Fresh Milk plant manager Joe Strong said the plant was averaging 8,500 gallons of mint milk a year and would run about 13,000 gallons in total.

The milk used in the green milk produced by Byrne Dairy comes from cows on local farms with a 35-mile radius of the plant. The dairy adds sugar, mint flavouring and some dye to give it a bright Irish green colour.

Under plans laid out by new chief executive Fred Sadeghi, who is a former Starbucks Coca-Cola engineering director, Byrne Dairy has several more milk themes for various holiday periods in the pipeline.