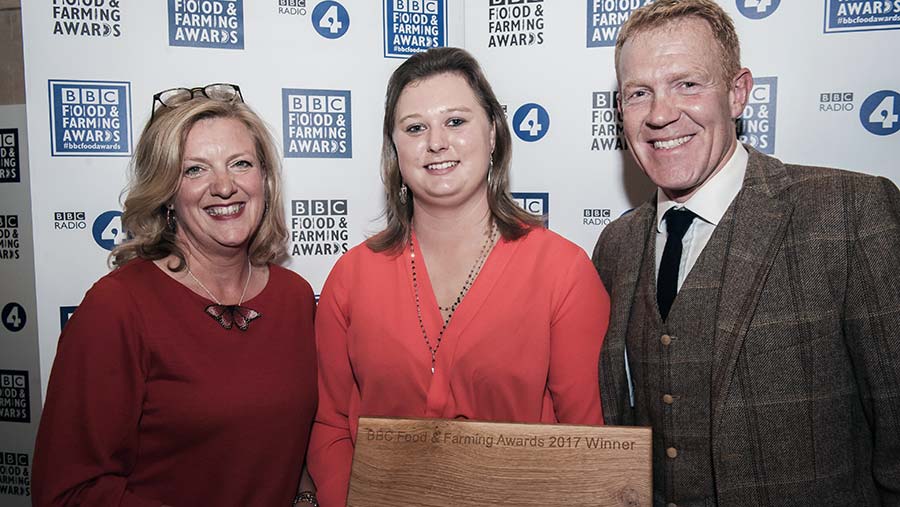 Northumberland farmer Vicky Furlong has been crowned as Countryfile’s Young Farmer of the Year at the BBC’s Food and Farming Awards.

Vicky, who is just 24 years old, is farm manager at the Crowhall Estate in Northumberland, where she manages 120 cattle and 700 sheep.

“I feel immensely proud to have been chosen out of all the applicants. We all deserve some sort of award, especially as it is such a dangerous industry to work in,” she said.

See also: How a beef farmer shaved 90 days off of his finishing time

“The effort that the younger generation put in to get into the industry is demonstrated by the amount of people nominated for this award. The award is a great way for young people to be recognised in the industry.”

The Shaftoe YFC member was presented with the award at a ceremony in London on 21 September, during National Young Farmers’ Week – although her winning moment was actually broadcast as part of last night’s Countryfile episode on 1 October. 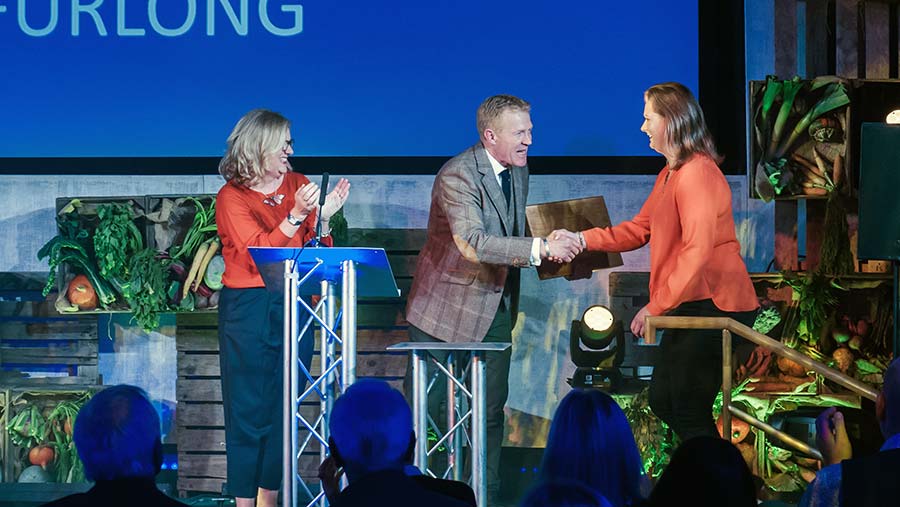 She was shortlisted along with two other YFC members: Tom Addison from Newport Pagnell YFC in Buckinghamshire and Tom Phillips from Crucorney YFC in Gwent.

National Federation of Young Farmers’ Clubs (NFYFC) president Charlotte Smith said: “All three finalists were fantastic people doing fantastic things. Vicky is an inspirational and ambitious young farmer and it is a joy to be able to celebrate that through the Countryfile award.”