There were many new contenders vying for the coveted best-decorated caravan title at this year’s Royal Welsh Show (25 July 2017).

Unsurprisingly, this year there seems to be a theme emerging, with many of the wagons decorated with the nation’s symbolic farm animal – the sheep.

There were also a few favourites back for another year with some having engineered some brilliant additions. Watch the video and see photos below of some of the best on show. 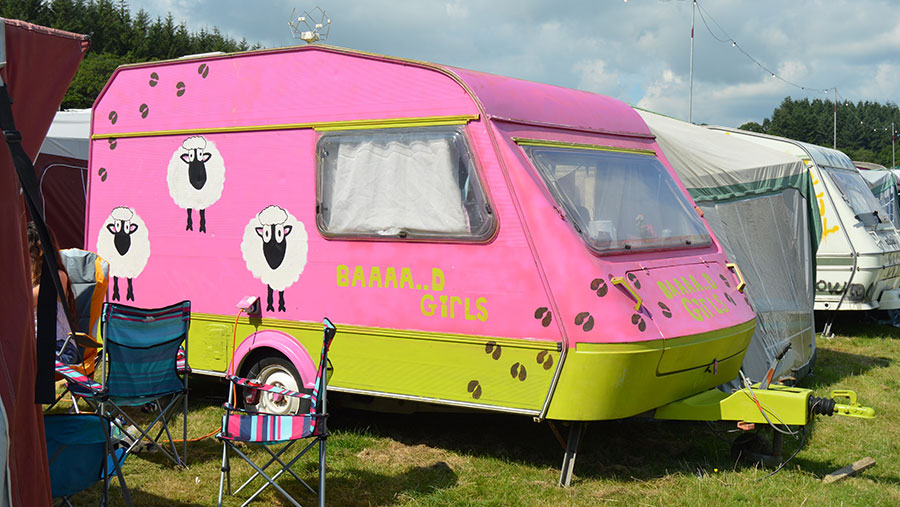 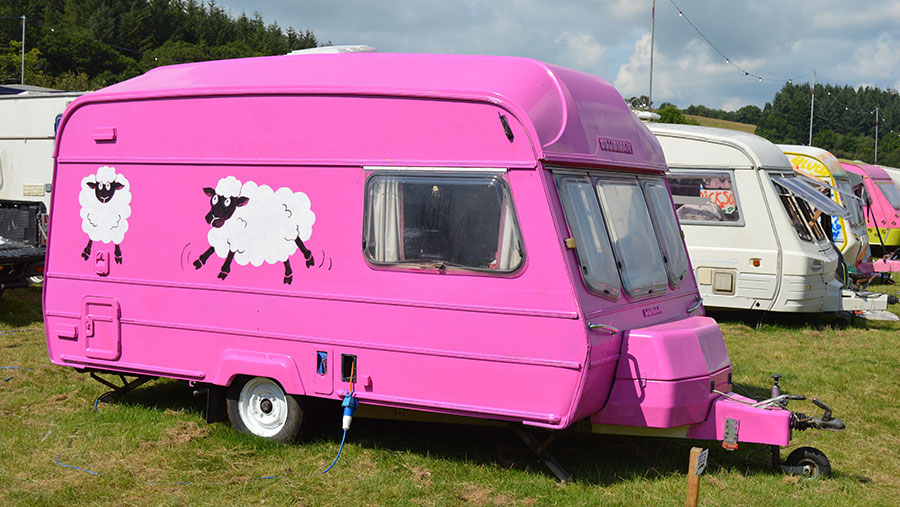 Builth boys Ben Nicholls, 21, his brother Callum, 19, and their friend Nick Gibbons, 19, (left to right), built a roof terrace on their caravan, perfect for enjoying the sunshine. 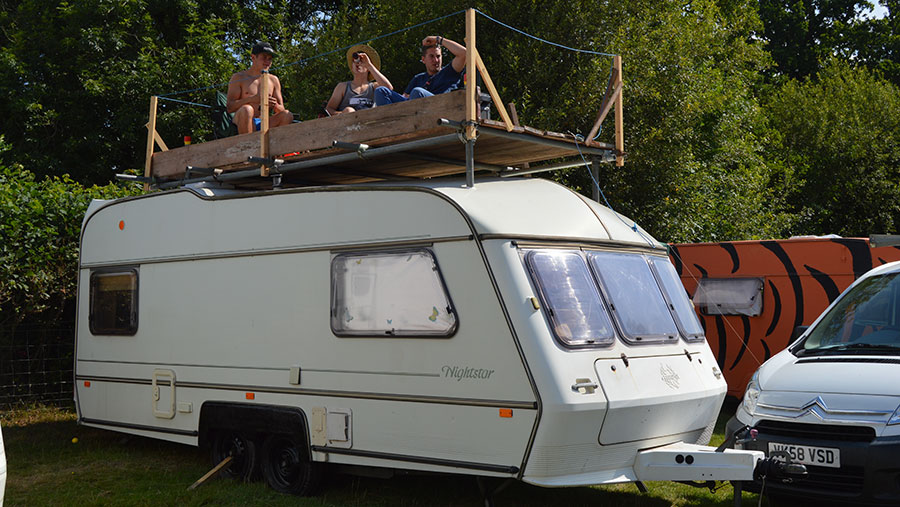 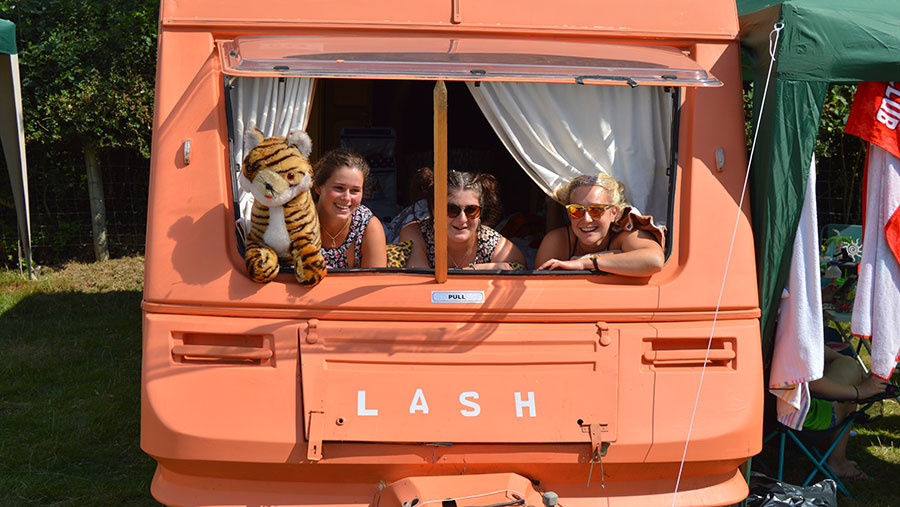 Rhosgoch YFC created an Army tank with a gun turret (thankfully it was firing blanks). 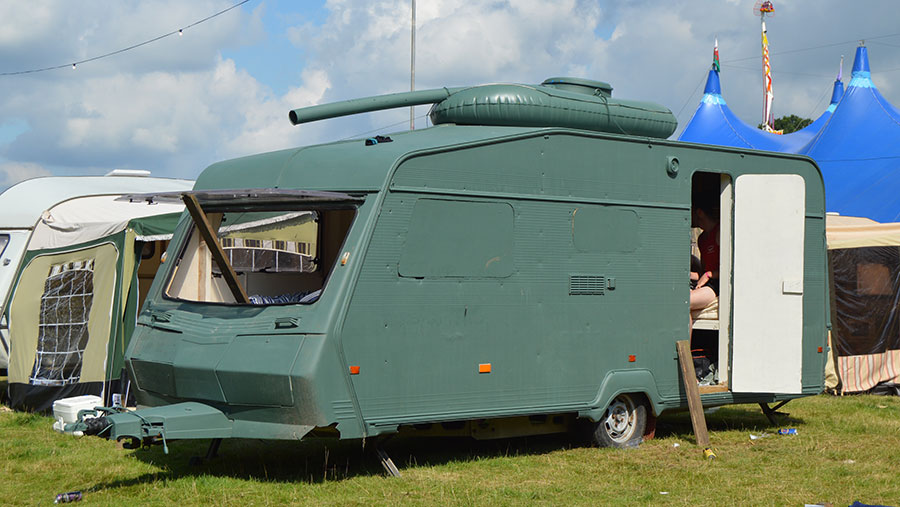 One of the new creations was Olveston YFC’s replica Massey, engineered by 20-year-old Henry Keedwell and driven by George Gill, 20. It even featured a pto shaft and a working beacon. 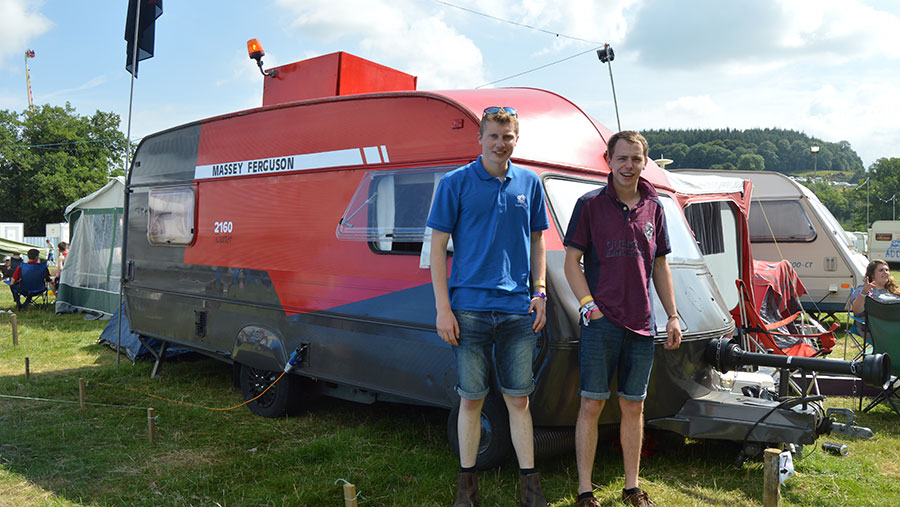 Our favourite from last year; the JCB made a comeback but bigger and better thanks to its owners building a slide from the top of their rooftop abode. We caught Rhosgoch YFC members Matt Meredith, 21, and James Brute, 23, testing it out. 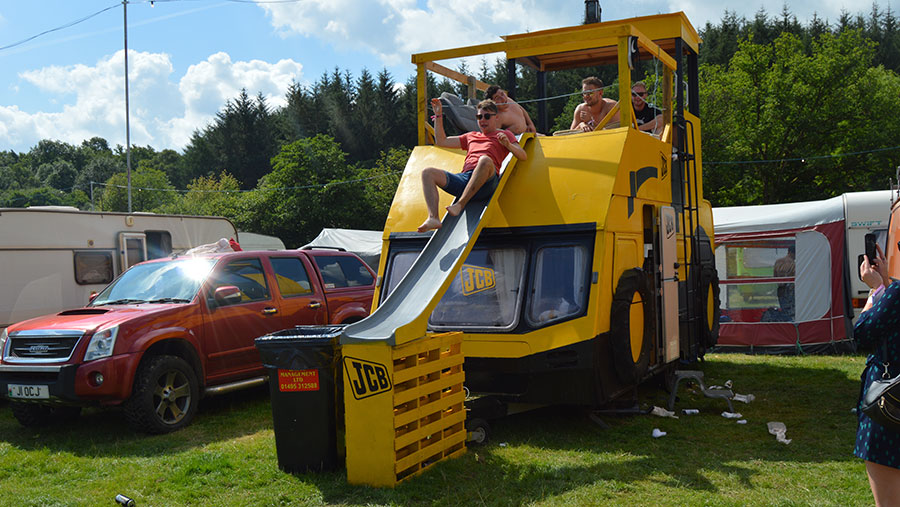 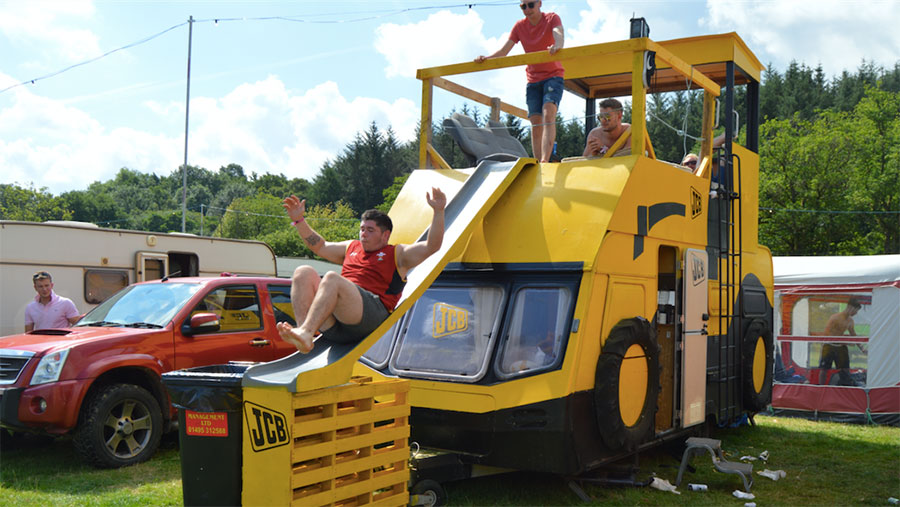 Land Rovers played their part too. This Defender served as a DJ Truck, elevating the decks… 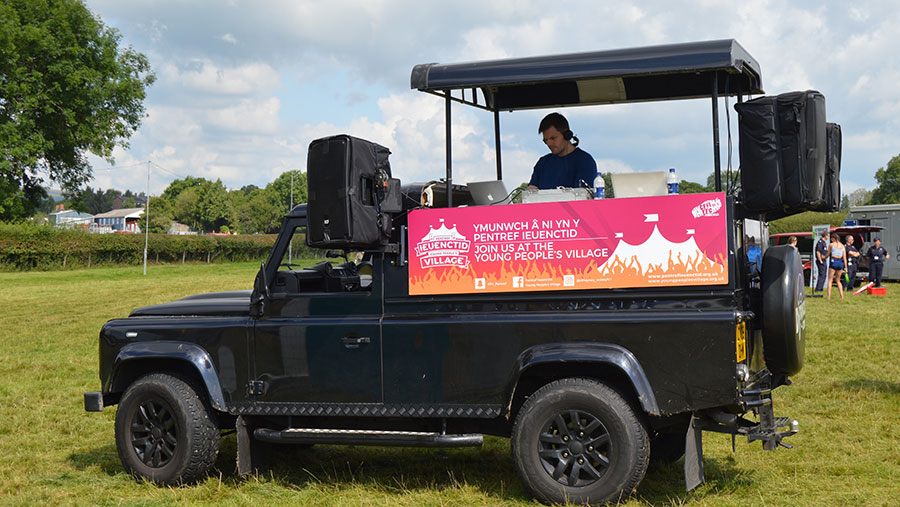 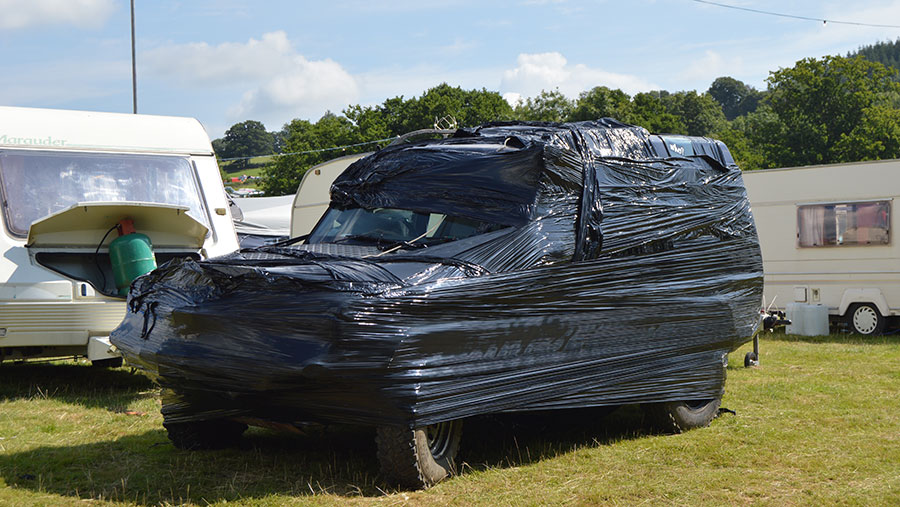