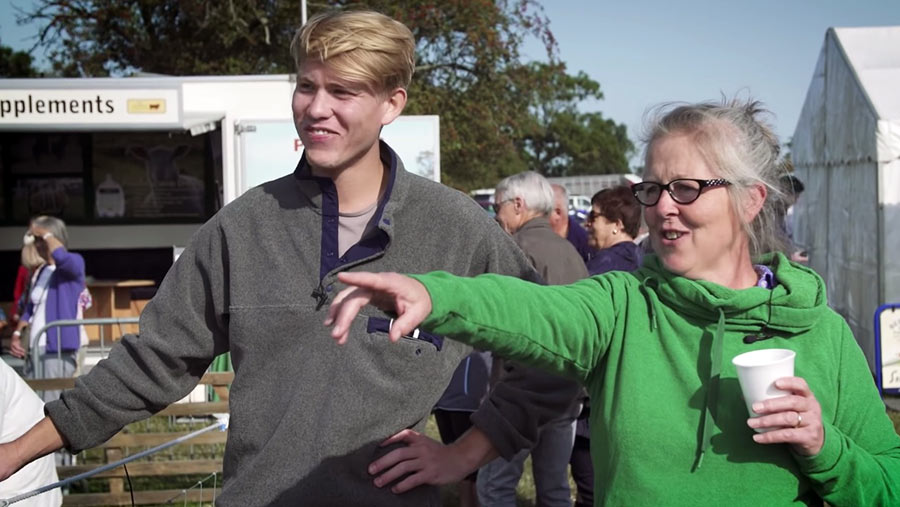 It’s show season and our favourite livestock farmer from Buckinghamshire has been mucking in at her local event, baking cakes, eyeing up prize-winning cattle and haggling over feed prices.

In the latest episode of the British Farming YouTube series produced by her son Rufus and co-creator Josh, farmer Sarah Denne takes a trip to Buckinghamshire County Show.

“We’re all busy people in our hamster wheels. [Getting out and] seeing people is just fab,” she says.

With Rufus at her side, she peruses the sights, giving an entertaining commentary as she goes – covering everything from cow bums that rival Beyoncé’s and farmers who look like their livestock to monster vegetables and monster prices for prize animals and feed barley.

Watch the August episode below.

This episode perfectly sums up why local agricultural shows are so important for farming communities and for the wider public.

The series documents a year in the life of a small British farmer, released one video a month. You can watch all the episodes in the series so far on the Flank website.