Many farmers have been going above and beyond the call of duty during the coronavirus crisis, helping their local communities.

While they are not unaccustomed to a degree of isolation in their day-to-day lives, farmers have been more cut off from their communities than normal.

Some have found novel ways of reaching out to others during this difficult time, sparking a few smiles and demonstrating generosity.

They have managed to connect with family, friends and communities, reminding people of the fun and kindness that exists close at hand, even during a time of national emergency.

A day at the cow races

Like many events, the Grand National horse race was cancelled this year, but Carmarthenshire dairy farmer Alun Rees decided his friends and family need not miss out.

Running a 300-cow dairy unit at Dan Yr Allt farm, Llandovery, alongside his parents Hugh and Elizabeth and his uncle Peter, he was already aiming to make the farm more accessible to the wider community. And the lockdown got him thinking outside the box about how to do this.

Following a phone call with friends from his student days at Harper Adams University, Mr Rees came up with the idea of doing something with his cows to make up for the Grand National cancellation.

“My friends like horse racing and said that I should set something up with the cows. I already wanted to take a video of their first day out, as they always run and it’s fun to watch.

“We decided to pick a few of the favourites, split them into groups and video them racing from the shed to the field,” he explains.

“I didn’t want the cows to run too far and my friend Jonny, who does a lot of drone work, suggested each video should be less than a minute and advised me on the safe use of the drone around the cows.”

Mr Rees selected 15 cows and split them into three groups; heavy weight (over 600kg); medium weight (around 550kg) and heifers.

He then photographed each group, got his family to give each cow a suitable racing name and uploaded the pictures to a dedicated Facebook page for friends to place their bets – in the form of a donation to the NHS.

Mr Rees also uploaded a video of the “course” beforehand and made a series of website posts throughout the week leading up to race day, the date when the Grand National would have been run, to build tension and interest.

When the big day arrived he uploaded each video, complete with professional commentary from Sam Kurtz, who has experience commentating the rugby sevens at the Royal Welsh Show, so that viewers got an interactive and immersive experience.

Mr Rees kept the Facebook group as invitation-only, as he was apprehensive about a backlash from people who wouldn’t understand that the cows weren’t actually being raced, but were just putting on their normal joyous turn of speed as they are put to grass.

However, he had such a good response he wants to do it again next year, but bigger and better – and he may make the group public.

“It was about bringing people together and picking people’s spirits up,” he says. “It broke up the first three weeks of isolation and showed people that it wasn’t all doom and gloom.”

Three other great ways farmers are doing their bit

A cracking idea
Aaron Hughes at Godregarreg Farm, Llangadog, Carmarthenshire, has been supplying hundreds of eggs free of charge to those most in need.

Eggs have been in high demand and harder to come by than normal, with those who are struggling financially, have been laid off or on a reduced income with families, in particular need.

In response to this – and at the request of local councillor Andrew James – Mr Hughes, his brother Ioan, father Eifion and mother Ann have been donating 300 of their free-range eggs each week to local food banks.

The family has been running the 32,000-bird unit for only the past year, after adding it to the existing dairy and sheep enterprises. But despite the big investment, they plan to continue donating eggs for a minimum of 12 weeks.

“We are not short of eggs and as long as they go to the right causes, we don’t mind,” says Mr Hughes. “People are very thankful. And it’s the least we could do to help out.”

Hospital hoggs
One of Scotland’s well-known Blackface sheep breeders has sold three of his best ewe hoggs in aid of the NHS Covid-19 appeal. 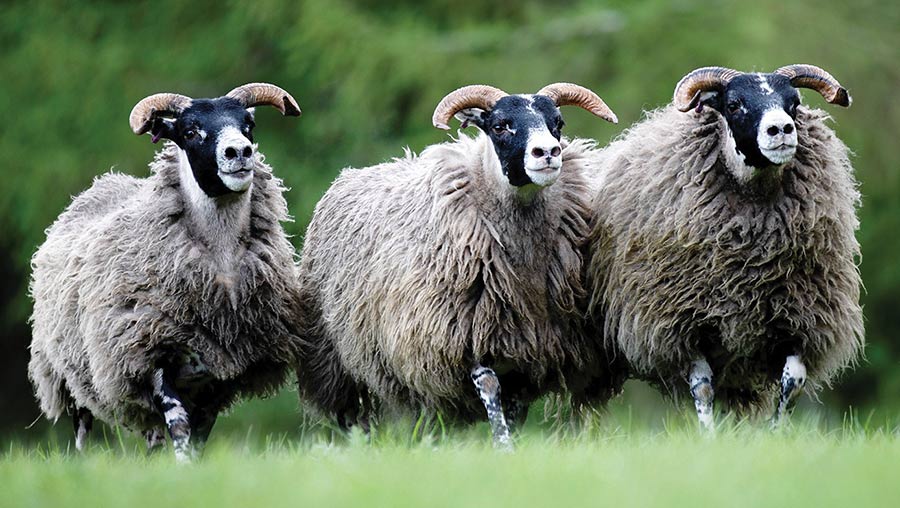 Ian Hunter, of Dalchirla Farms, Muthill, Crieff, would normally sell 100-plus at United Auctions’ breeding sheep sale at Stirling, but this year he opted to sell just one pen of three at the May 18 sale, and donated all proceeds to the NHS.

“We all rely on the NHS, but we need it more than ever now under the current circumstances,” Mr Hunter says. “Giving just feels the right thing to do when the NHS is on the frontline, protecting us all during these scary times.” 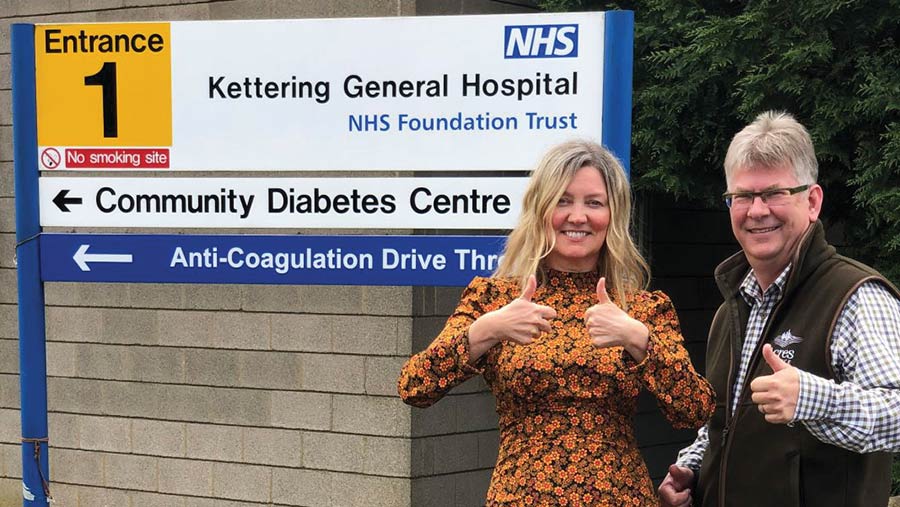 Ahead of what would ordinarily have been highly attended agricultural events, the team had already prepared food in the freezer.

But lockdown meant welcoming farm and rural clients to enjoy hot food at their exhibition marquee was no longer an option, so Acres decided to continue cooking, and donate the meals, using high-quality British produce, to Kettering General Hospital.

“I can’t imagine the strain that our doctors and nurses are under at this time. It is unimaginable to face such a continuous threat,” says Nigel Wellings, owner of Northamptonshire-based Acres.

“If a hot meal can in any way give a moment of relief, then it’s the least we can do.”