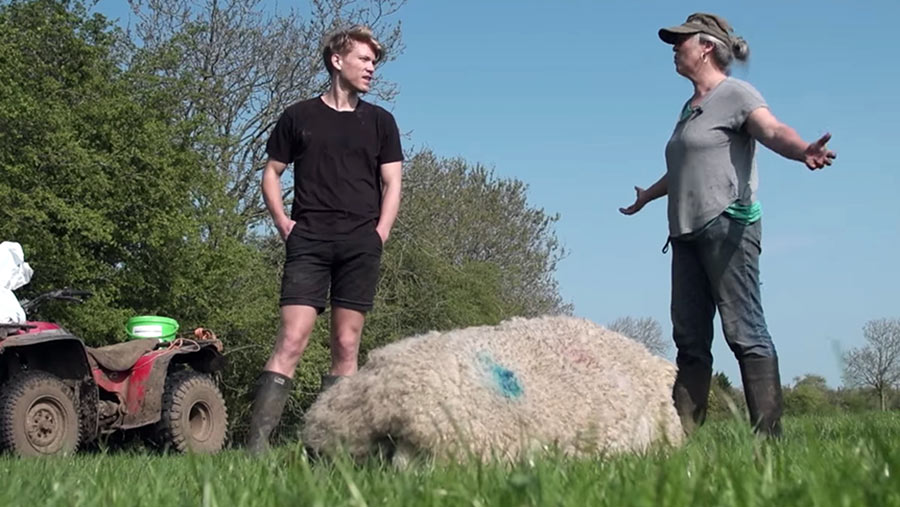 The latest edition in a series that features the life of one of Britain’s small family farmers has shone light on the heartbreak of losing livestock.

The candid web documentary series, which follows Buckinghamshire farmer Sarah Denne through 12 months of the year, aims to be entertaining while also informing the public about the joys and hardship of farming.

In the April episode, Sarah recounts the sadness of losing two calves this spring. “It’s really upsetting and really frustrating. I do my best but that’s farming – we move on,” says an emotional Sarah, who has been farming since she was 14 years old.

This episode also looks at the joys and pitfalls of spring turn out, with cattle jumping for joy and ewes suffering with mastitis and lameness.

Watch the fourth episode below.

While there’s an abundance of vegan activist-fuelled anti-farming videos online, there’s no direct agenda to push back on this, says Sarah’s son Rufus, who also features in the videos.

Rufus and co-creator Josh say they simply want to showcase what life is actually like, month by month, on a small family farm in the UK, leaving viewers to make up their own minds about what they see.

The 60ha farm is in a village between Oxford and Milton Keynes and has sheep, cattle, pigs, chickens and geese.

To watch all episodes in this British Farming mini-series and to find out more about the project, go to Rufus’ website.