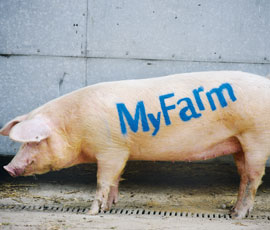 The National Trust has expanded its online public farming experiment, taking on an additional 250 acres of ground.

The trust announced in May 2011 that it was handling over key management decisions for its 1200 acre Home Farm at Wimpole, Cambridgeshire to members of the public.

The project means anyone who pays a £30 subscription fee to “MyFarm“, is invited to debate and vote on issues such as which crops to grow, how to manage hedgerows and which animals to buy and rear.

The aim is to connect thousands of people with how food is produced by giving them a greater say in how a real working farm is run.

In a video and blog post released on Thursday (8 December), a My Farm spokesman announced that the project had been extended to include a neighbouring 250 acre unit, following the retirement of the previous tenant.

“This is a real boon for MyFarm. Some people (especially in the farming industry) have felt they could dismiss the MyFarm experiment as we “only had organic farmland”,” he said.

“Just 4% of farmland in the UK is organic so some saw MyFarm as irrelevant to ‘real’ farming. With Cambridge Road Farm now in hand and it being a conventional farm we have the perfect response to those criticisms now.”

The National Trust is hoping to recruit 10,000 people to its MyFarm project. To date it has around 2300 members.

Watch a video about the expansion of the My Farm initiative.