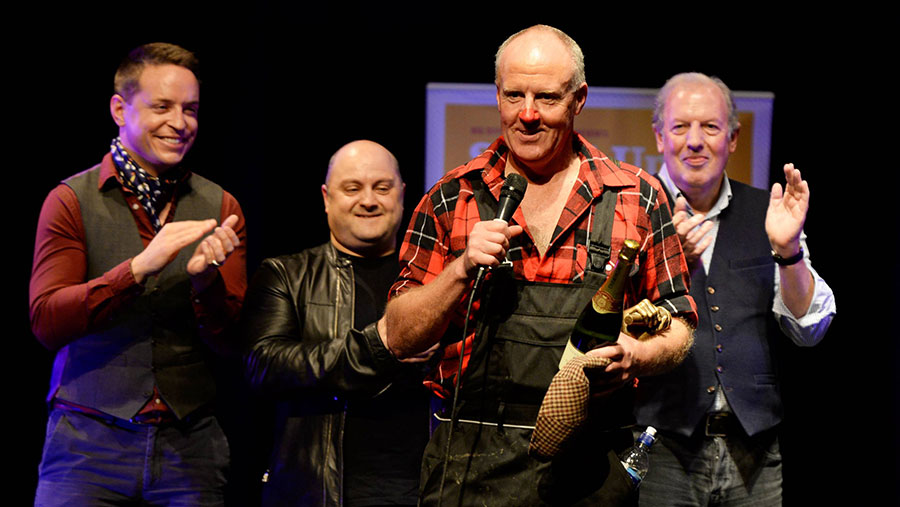 Rutland farmer Andrew Brown has scooped a comedy award after making his stand-up debut to raise money for charity.

Mr Brown, who farms in Caldecott, entered the stage on a child’s toy tractor for the Stand Up Challenge at The Y theatre in Leicester on Wednesday (25 October).

The event was organised by non-profit organisation the Big Difference Company, which billed the fundraiser as a “search for businessmen and women who think they’re funny”.

Mr Brown’s five-minute stint behind the mic included a number of farming-related jokes – and raised more than £750, which will be used to fund projects to enhance the lives of people of all ages.

Speaking before his debut, Mr Brown described it as a terrifyingly exciting challenge but admitted he enjoyed doing things outside his comfort zone.

Asked after winning whether he was going to perform any local gigs, Mr Brown said: “You’ll have to speak to my agent.”