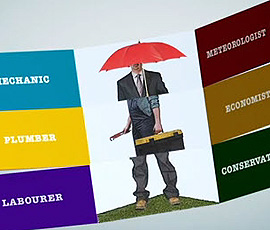 With the launch of the NFU’s campaign Farming Delivers, support for the British farmer is very much on the industry’s agenda.

Feed the world is a video produced by Dow AgroSciences which superbly illustrates why farmers and farming are so important to the wider world both now and in the future.

By publishing the video on Youtube, the company hopes to reach a wider audience and get them to support British farming.

Read about the NFU’s campaign and watch the video

Join the conversation on our forum on the NFU campaign