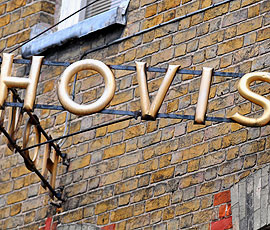 A TV advertisement for Hovis bread has split viewers over its portrayal of a young boy helping his father on the family farm.

Premier Foods has invested £3.5m in launch of the British Farmers’ Loaf – made from 100% British wheat.

The promotional campaign is being backed with a four-week run of TV adverts that started last weekend and will repeat in August.

Shot on a Hovis wheat farm in north-west England, the 90-second Farmer’s Lad advert shows a father and his young son overcoming the challenges faced by growers, portraying the hard work – sometimes in wet and windy weather – that goes into making each loaf.

Premier Foods chief executive Mike Clarke said Britishness was part of the company’s DNA. “When we get a chance to thank our farmers for helping us to help us produce a great new British product like our Hovis Farmers Loaf, of course, we want to shout about it.”

So far, however, the advert as met a mixed reaction from both farming and non-farming viewers. While the film has struck a chord with many growers and consumers, others have suggested it depicts child cruelty or slave labour.

Mr Goodson suggested the advert should have shown modern farmers at work. He asked: “Why do PR firms still think that farmers being portrayed as idiots sells products?”

Author Ruth Clemens, who runs the Pink Whisk internet site with almost 7,500 Twitter followers, said: “Hovis ad was not sweet, cute or nice in any way. It was hideous, absolutely awful, no way to treat a child – I will not be buying it again.”

Harper Adams agriculture student Adam Horsfield, who works on a farm near Cambridgeshire, was more sympathetic. He tweeted: “Good to see a bit of reality, maybe a bit too much though? Would have been nice to see some wheat at some point as well.”

Mr Grooby appears to be among the majority. So far, the number of “likes” outnumbers the number of “dislikes” by ten to one for the advert on YouTube. And Twitter comments suggest it is already a favourite among many non-farmers.

Rebecca Watson, a design and social media specialist from Cumbria, tweeted: “That advert was spot on. Relationships between father and son on farms [are] often like that – just [a] perfect interpretation.”

Two farmers were chosen to be the face of the British Farmers’ Loaf.  Lincolnshire grower Drew Smith features on the soft white loaf and Wiltshire grower Gavin Davies features on the wholemeal loaf. Both farmers supply wheat to Hovis via Gleadell Agriculture.

Gleadell managing director David Sheppard said: “Hovis are backing British farming and our farmer customers are enthused by their involvement in the production of quality wheat for a quintessential British brand.”

As well as TV advertising, the campaign includes sponsorship of British Sandwich Week, during which Hovis will search for the Ultimate British Sandwich, fronted by Jodie Kidd, to find Britain’s favourite sandwich.

Join our debate on the forum on the hovis ad.