Farming and singing are twin passions in the lives of Aled and Eleri Edwards.

The couple are acclaimed vocalists, gifted with voices that have filled concert halls across the world and led to collaborations with Welsh singing royalty, including Katherine Jenkins and Aled Jones.

Meanwhile, when not dressed in glittering evening attire, they keep fine Limousin cattle at Cilycwm Home Farm near Llandovery.

As well as a talent for singing, Aled and Eleri share a background in farming. Cilycwm Home Farm is Aled’s childhood home, while Eleri grew up on a beef and sheep farm in the Conwy Valley. 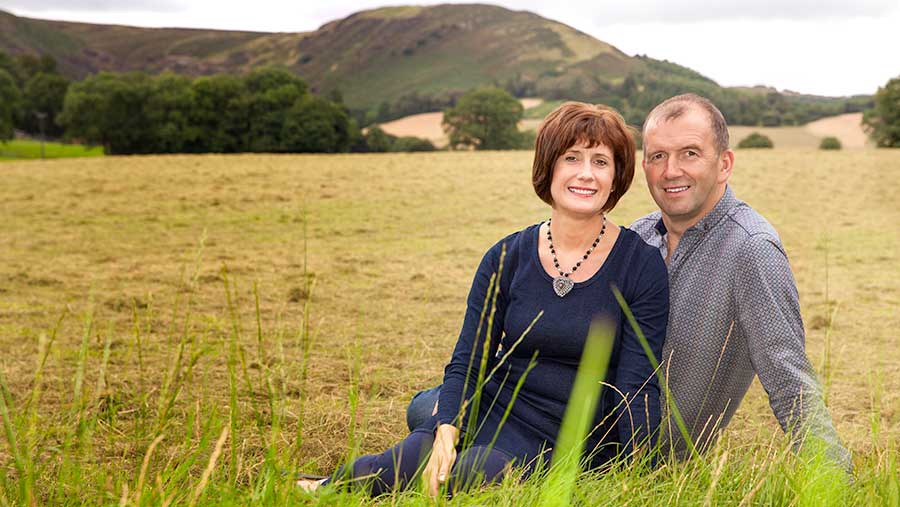 Their love of singing was nurtured from a young age. They were just four or five years old when they first sang in chapels and at eisteddfodau – Welsh festivals of music, literature and performance.

“We were not pushed to sing, but if you had the ability to sing then that’s what you did,” Eleri recalls.

In 1997, Aled, a baritone, achieved the pinnacle of acknowledgement for a singer in Wales, winning the coveted Blue Riband at the National Eisteddfod. Six years later, mezzo soprano Eleri captured that award too.

See also: Meet the farmer’s daughter whose life is a hit stage play

Once they were known performers on the eisteddfodau circuit, there followed a succession of requests to perform at professional fee concerts in North America, Australia and Europe, as well as at venues across the UK.

“It is not uncommon for Welsh singers to travel abroad to sing because they are often asked by male voice choirs to accompany them as soloists,” Aled explains.

They have sung at 2,500-seater venues in Canada and the USA, together and separately, and Eleri has performed at a St David’s Day celebration in Melbourne.

Although the couple’s paths crossed as singers, it was their farming backgrounds that brought them together. Both families were prominent Hereford cattle breeders.

When they married, there was no disco or band at the evening party; much of the music was provided by Aled and two fellow baritones.

Singing provides a good balance to the couple’s farming business. They are as admired as Limousin breeders as they are as vocalists.

The Dyfri herd was established 33 years ago and much of its influence comes from Jockey, the first French Limousin bull in their herd.

“His semen has been exported to all corners of the world and it is still being used. The best heifer we have on the farm today is one of his progeny,” says Aled, who has just stood down after an eight-year term as president of the International Limousin Congress.

The herd currently numbers 70 cows and there are also 600 Welsh Mountain ewes on their 315-acre farm.

When they have singing commitments they can step away from the farm because they have a trusted employee, Owen Bennett, who takes care of the day-to-day running of the enterprise.

Since the couple has taken over the responsibility of running the farm from Aled’s parents, they are not able to travel as much, but still have two or more commitments a month.

“Life imposes changes on you and you have to concentrate on your main job and responsibilities,” says Aled.

But one opportunity is often replaced by another and, for Aled and Eleri, it has come in the form of the chance to record a CD of duets – a new venture for them. 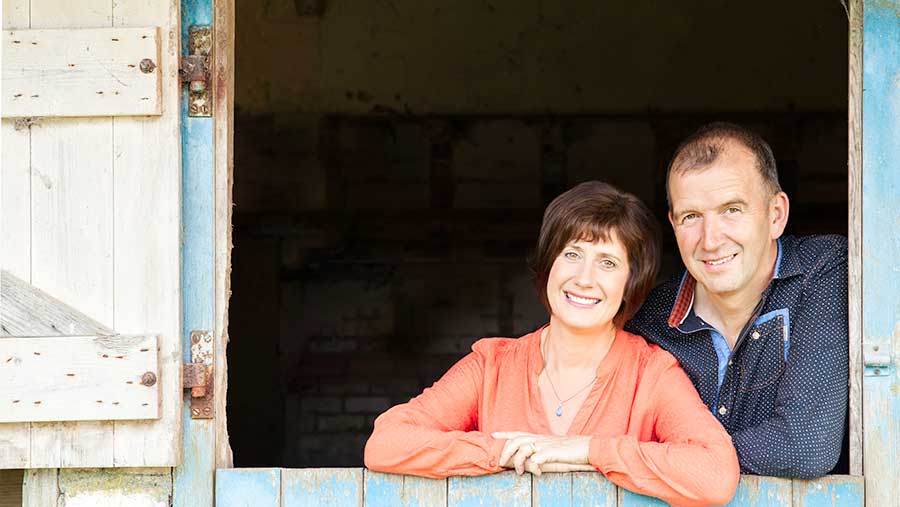 The 15 songs include one that has given its title to the CD, Dau Fel Ni which translates to Two Like Us.

It was composed specifically for them by Eleri’s sister, Ruth Lloyd Owen, whose husband, Elfyn, is past president of the Bluefaced Leicester Society.

“It’s a jazzy blues song and the words describe the difference in the Welsh dialect between different areas in Wales, similar to myself coming from the Dyffryn Conwy area, and Aled from Dyffryn Tywi. Some words caused us some confusion when we first met,” says Eleri. “I suppose it’s the same theme as You Say ‘Tomato’, I Say ‘Tomato’.”

Each track is varied in its style, with the intention of appealing to all listeners. The songs span most musical eras and many genres, from classical to contemporary, encompassing five languages, mostly Welsh and English, but also including French, Italian and Latin.

A special treat is a track featuring one of Wales’ most popular sopranos, Shân Cothi, who performs with Aled and Eleri in a Trio by Mozart.

Although Welsh is their first language, they enjoy performing in all languages. “We are as likely to be performing in a Latin mass as a Welsh Noson Lawen,” says Aled.

The CD was recorded at the Acapela Studio in Cardiff and features a string quartet.

“It has been great working together on a project,” says Eleri. “We have each concentrated on our individual musical careers for many years, but this year we have combined our efforts on the same project.

“Duets are always popular at concerts and people were asking us when we were going to produce a CD.

“We’ve enjoyed the process of selecting the repertoire and working with some great musicians during the recording process.”

Voice training is as important now as it ever was, but Aled admits the discipline to train can be difficult. The couple have different approaches – Aled can often be caught singing out on the farm, but Eleri prefers to be by a piano.

For the duets, they will often steal an hour from their working day, perhaps after lunch if it is raining. “Duets are a big challenge for a marriage!” laughs Aled.

They still have voice coaching. “We often liken it to sportsmen like Andy Murray or Mo Farrah who have coaches even though they are at the top of their sport,” says Aled.

“If we didn’t have that other pair of ears, we could slip into bad habits. To reach a certain standard you must have that weekly session.”

Both Aled and Eleri enjoy nurturing the vocal abilities of others. She teaches singing, mostly to children, while he conducts a small community choir at Cilycwm.

The choir consists mostly of farmers and so it only meets three or four times a year. “We have to avoid busy times such as lambing and harvesting, it is always a challenge to get everyone together,” says Aled.

Concert engagements that clash with lambing are also best avoided for Aled and Eleri. “We are too knackered to sing!” Aled admits.

“To sing well, you have to give your body the right amount of sleep and rest and that becomes more of a challenge as you get older.”

As well as having a number of concert bookings already in the diary for 2017, the year also looks promising on the livestock front. 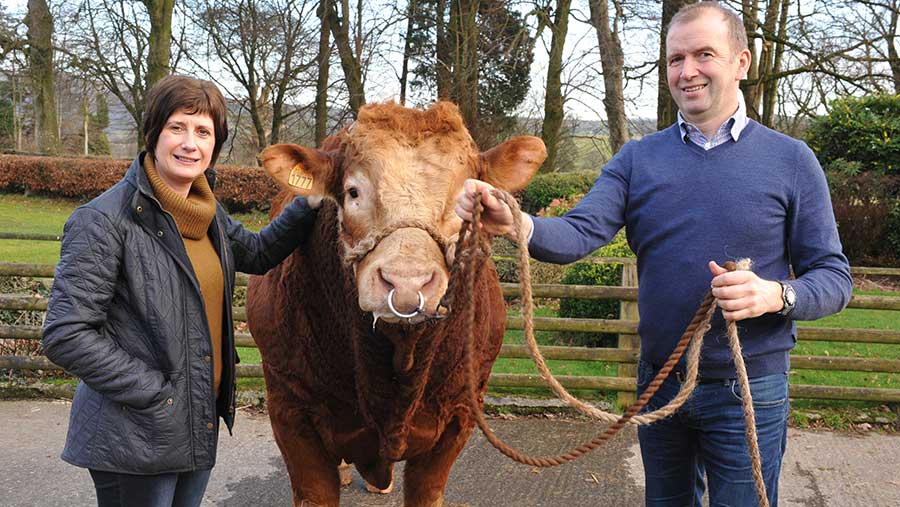 Eleri and Aled with Fenomen the bull

The couple have just launched semen sales from a new bull, Fenomen, which they own jointly with Jim Bloom in Yorkshire. Aled and Jim spotted Fenomen at a show in France and, instead of bidding against each other, agreed to buy him jointly.

“His progeny is starting to come through so it’s exciting times in that respect because I believe the breed needs a new bloodline,” says Aled.

And with the launch of their new CD, the year is full of promise. Aled and Eleri can’t imagine a life void of singing, but acknowledge that there may come a time when they perform less in public.

“It’s a fickle business, but we will continue to sing while we enjoy it,’’ says Eleri.

Snippets from their new CD can be heard at www.aledaceleri.co.uk, where it can also be purchased.