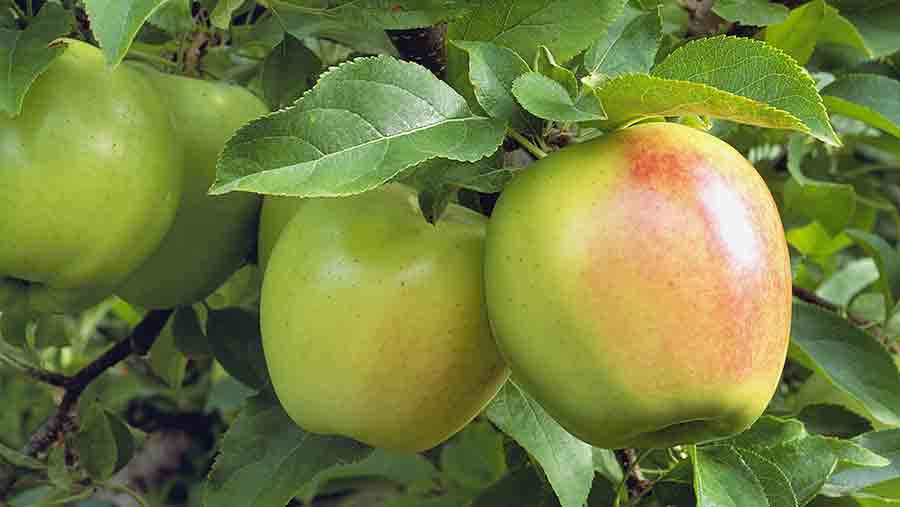 The founding fruit: The WFU was set up in protest at imports of Golden Delicious apples from France © Design Pics Inc/REX/Shutterstock

The Women’s Food and Farming Union (WFU) is to close after nearly 40 years of promoting links between producers and consumers.

The move was decided in London by a vote at a special general meeting of the organisation, which was launched in 1979 by three farmers’ wives in Kent to respond to the deluge of French apple imports.

A new generation of women more likely to work off-farm and with less time to get involved, the existence of new groups doing similar work, and the new digital communication landscape have all taken their toll on the WFU.

President Maureen Friday said of the decision: “It was a sad day, but it was also a day of celebration of all the amazing work that has been achieved over the years by so many women in rural areas.

The WFU was never a big organisation, but a very efficient one, and everyone is very proud of what it did

“Times have changed,” she added. “We were trailblazers in many areas – we achieved a lot and I’m very proud of having been a member for more than 30 years.”

Gillian van der Meer, who was president from 2002 to 2005, dubbed the closure “sad but inevitable”.

“The WFU punched above its weight – we had access to ministers, we had strong and highly respected views, our campaigns were recognised and we had great credibility. We have influenced so many people over the years. But you have to change and develop – and it couldn’t, given the age of the membership. It wasn’t able to attract the next generation.”

She added: “The WFU was about promoting food and farming, but everyone is doing that now so in some ways it was a victim of its own success. It was never a big organisation, but a very efficient one, and everyone is very proud of what it did.”

The central executive committee expects to formally close the WFU this year – but some branches will remain open and operate at a local level. There may also be a final celebration for members held later this year.