Need a little inspiration when it comes to Christmas shopping?

Well, look no further – here are our ideas when it comes to making those all-important purchases for friends and loved ones. 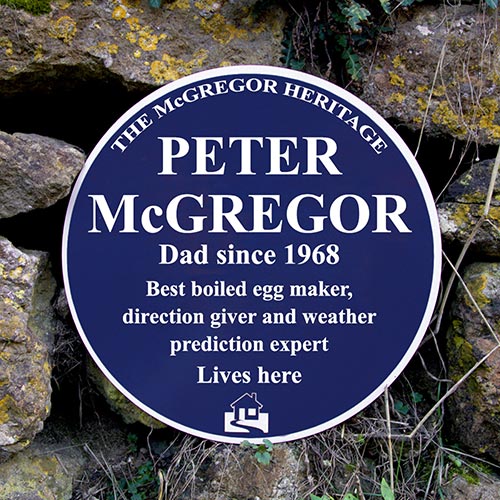 A take on the English Heritage signs that can be spotted nationwide highlighting houses where famous people have lived, these personalised blue plaques make a great humorous gift.

Made from metal, the waterproof sign can be used outdoors or inside, measures 30cm in diameter and would allow your own agriculturally themed personalisation.

They are available from the wonderfully named Jonny’s Sister, a firm started by Jane Field from her kitchen table in 2005.

The plaques cost £34 at www.jonnyssister.co.uk. 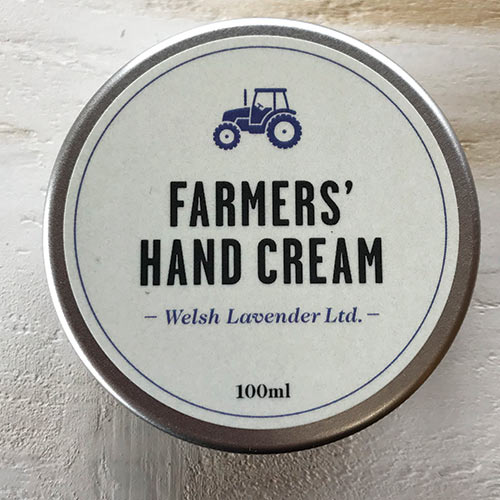 “Makers of creams and balms high in the hills of Wales” – that’s how the team at Welsh Lavender describe themselves.

The enterprise began in 2003, when Oxford philosopher Bill Newton-Smith and international journalist Nancy Durham started growing lavender near Builth Wells in Powys, becoming distillers of the oil and creators of lavender gifts.

Developed to soften and condition hard-working hands, it’s described as having a “clean, uplifting scent and is intensely nourishing”.

A 100ml aluminium jar is priced at £16. Order at www.welshlavender.com. 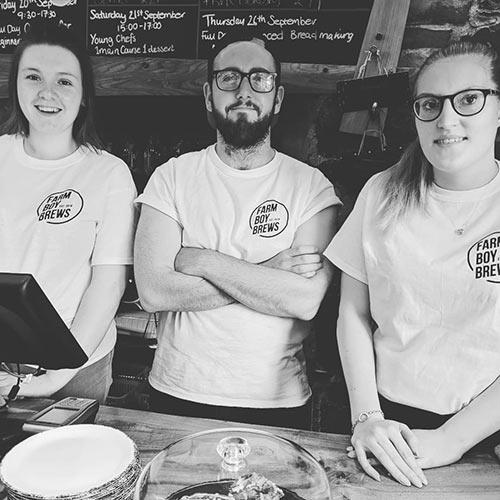 Keen to raise awareness of mental health issues and funds for charity, James Rhys conceived the idea of making and selling his own coffee.

Farm Boy Brews, launched on World Mental Health Day in October, began offering Depresso Espresso, a blend packed with chocolate, nuts and caramel flavour and made of coffee from Brazil, Ethiopia and India.

He described demand for the product – a percentage of the profits from which go towards Make Tiny Changes, a mental health charity in Scotland – as “incredible”.

“The agricultural industry is making progress about smashing the stigma of mental health, but there’s still a long way to go,” says coffee-lover James.

If you want to order some, you might need to be quick as interest in the initial production run was huge, but James is hoping to make other blends in the run-up to Christmas.

A 250g bag of Depresso Espresso is priced at £7 at www.farmboybrews.co.uk. 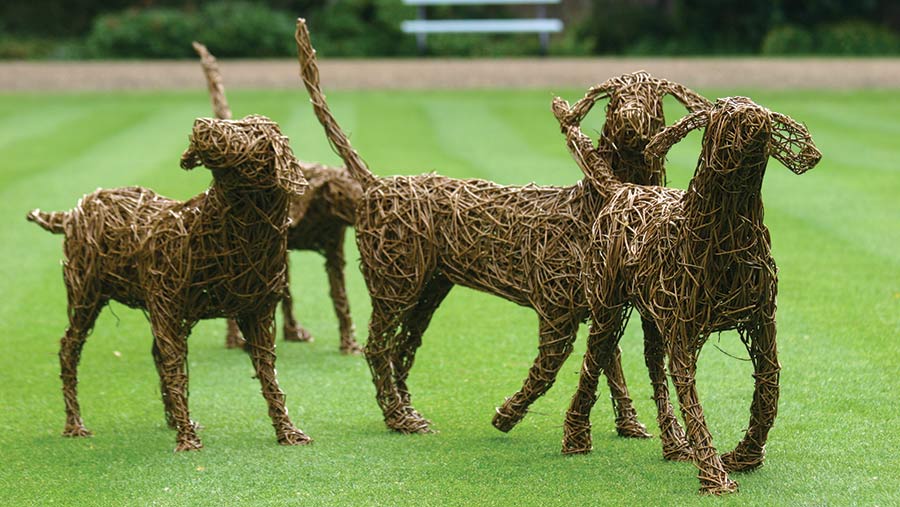 Hares, deer, dogs and cattle are just of the few of the subjects that sculptor Emma Stothard has tackled during her career.

As a child, she began drawing the windswept, rural landscapes around her Holderness home and later deepened her affinity with nature working on farms during school and university holidays.

After graduating, she briefly moved to the Somerset Levels to learn the process of growing, coppicing, bundling and weaving willow.

“I just love willow,” says Emma, of the material she started her career with.

“It’s a completely natural product, it’s very versatile, it has a wonderful smell, and a real energy.

“It has an ethereal quality, yet still gives solid shape, form and structure.

“It’s a traditional material that you can use in a contemporary way.”

Now based in North Yorkshire, she also works with bronze wire, galvanised wire and sterling silver.

A life-sized willow woodpecker costs £130, while one of these beautiful beagles comes with a price tag of £700. 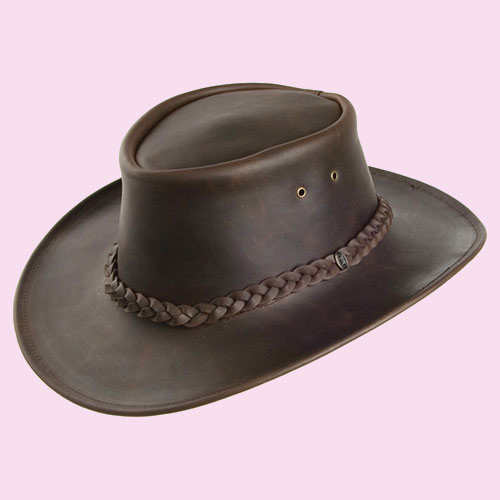 With a 4in-high crown and 3in-wide brim, it’s made of thick durable leather, is unlined and completely crushable.

There are two grommets on each side of the crown for extra breathability and it’s finished with a braided leather band.

Whether you’re going walkabout or just busy on day-to-day farm duties, this is a practical and stylish item. 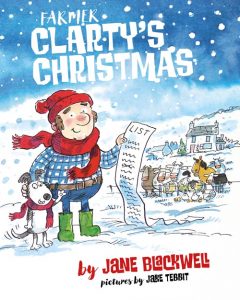 As a child growing up on a livestock farm in Derbyshire, Jane Blackwell used to wonder if Father Christmas visited the animals on Christmas Eve, but decided the closest they probably got to getting presents was when her dad went out to feed them.

Many years later, she drew on this memory and achieved a lifelong ambition of writing and publishing a children’s book.

“There’s a fair amount of muck involved in the story, hence the name ‘clarty’, which is a term used to describe something muddy, as most farmers will know,” says Jane.

It costs £6.99, available at www.stackpress.co.uk. 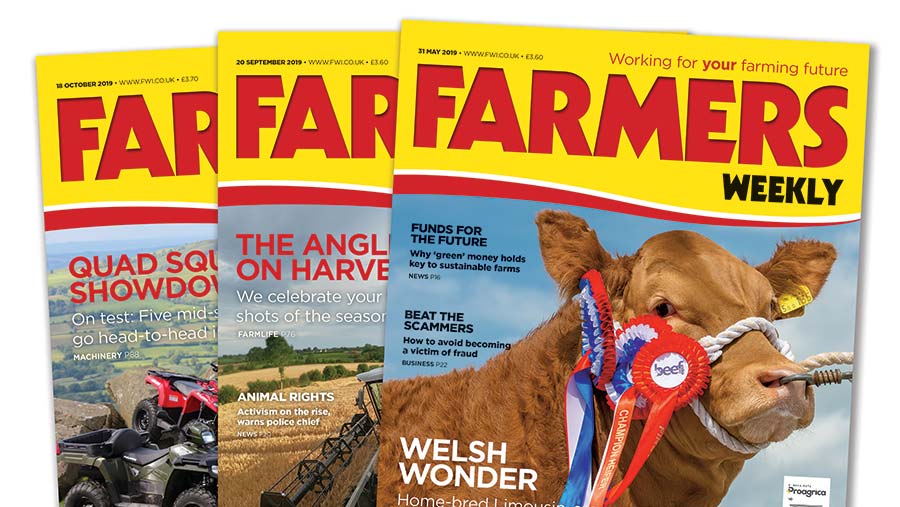 Give the gift of Farmers Weekly this Christmas and save 24% on an annual or six-month subscription.

Order by the 12 December and we’ll send you a copy to wrap and give them on the big day. 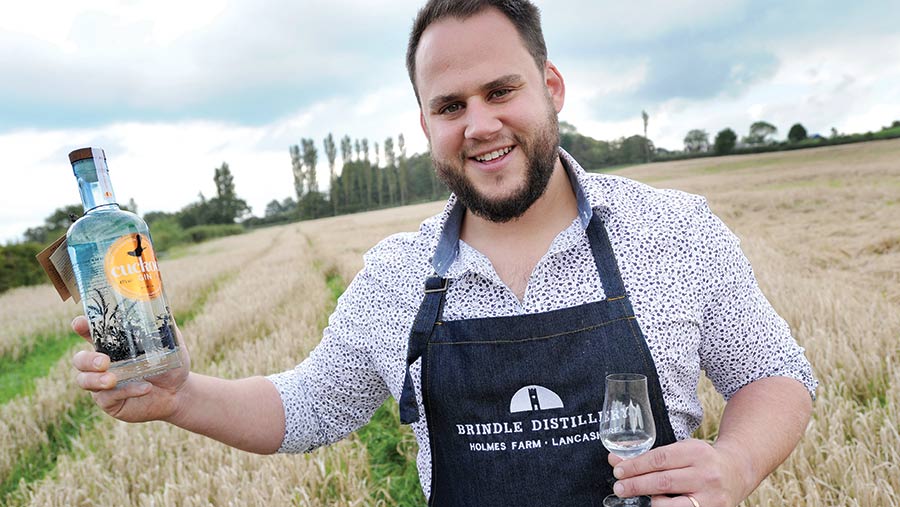 Gerald and Catherine Singleton and their son-in-law Mark Long established Brindle Distillery in 2016, in a bid to develop another strand to the farming business.

They began selling Cuckoo gin in 2017 and now run it alongside the agricultural enterprises and an established land works diversification.

Made with locally sourced and homegrown ingredients – including fresh spring water from the artesian aquifer in the field next to the distillery – Cuckoo is described as a “complex gin with a smooth-mouth feel to aid those who like to sip”.

Made in a renovated barn and traditional farm buildings, the family’s range of products have won awards and acclaim nationwide – and beyond.

Lancashire-based Mark says: “After a slightly sweet, piney juniper start, the flavour develops into citrus from orange, grapefruit and lemon, with a lingering taste of cinnamon spice and liquorice.

“It’s dry on the finish, with a peppery kick from coriander seeds.”

A 70cl bottle is priced at £38. Order at www.brindledistillery.co.uk. 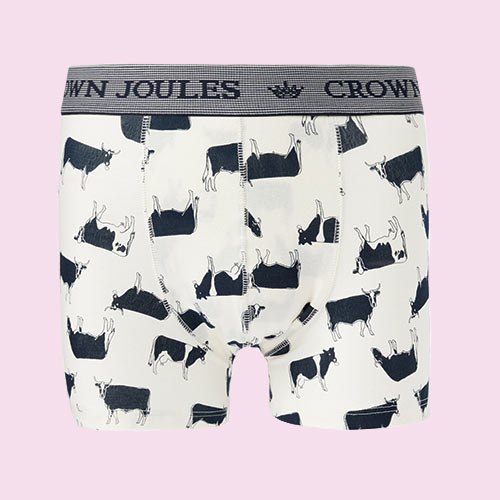 The Joules story began in 1989, when Tom Joule started selling clothing on a stand at a Leicestershire country show.

The foot-and-mouth epidemic of 2001 later marked a big turning point for the firm, forcing every rural show and event to be cancelled and leaving the team with lots of stock and nowhere to sell it.

Tom and his team loaded up their cars and drove around Britain – from the Cotswolds to Cornwall – persuading clothing shops to buy and sell the items, and so a new wholesale customer base was left hungry for more.

Crafted from super-soft cotton that contains a little stretch for a lot of comfort and with an updated elasticated waistband, this underwear could be perfect for the cow-mad man in your life. 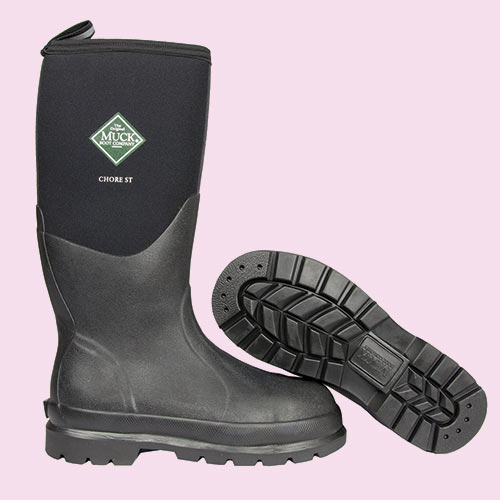 Struggling to find that perfect pair of wellies?

Well, the Chore Steel Toe is a unisex boot with a rugged and dependable design, perfect for farmers.

Promising comfort and protection when you’re tackling the toughest of jobs, they feature a rubber overlay and quick cleaning sole, while the upper is reinforced in both the heel and achilles area, with a steel toe for extra safety.

According to The Original Muck Boot Company, which is celebrating its 20-year anniversary in 2019, the 5mm neoprene design makes these boots lightweight and flexible, with a breathable air mesh lining to keep you cool on warmer days.

Available in black, the price tag is £110. See www.muckbootcompany.co.uk. 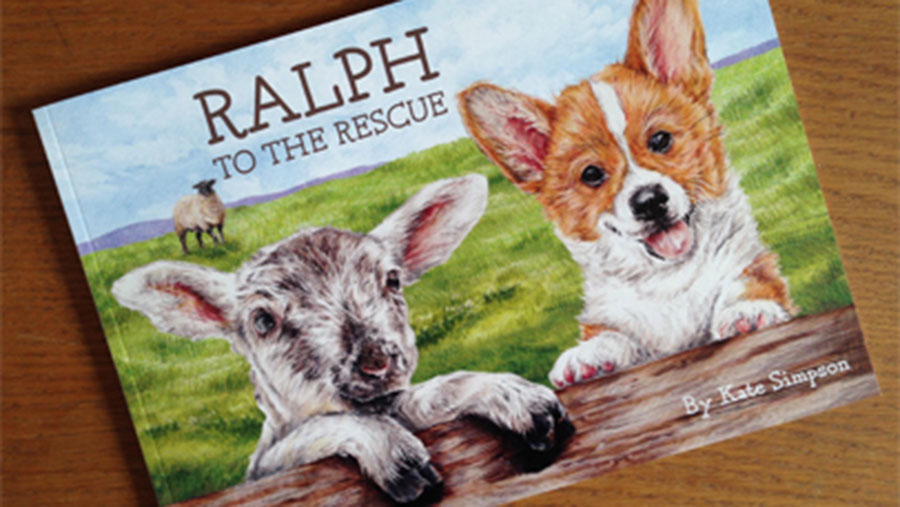 “Plenty of energy, character and great for families” is how Northumberland artist Kate Simpson describes corgis.

Indeed, so fond of the breed is she that she has written, illustrated and published a book with one of these loveable canines as its hero.

Ralph to the Rescue follows a “big dog with little legs” as he embarks on various adventures on a farm in the North East.

“Like many farming love stories, I met my partner, Jack, when I joined Young Farmers a few years ago,” says Kate, who is well known for her wildlife and livestock paintings.

“I now live with him on his family farm and spend a lot of my time capturing the character of the animals there.

“The idea of a children’s book slowly took shape over the past few years and the loveable, cheeky Ralph seemed an ideal central character.

Priced £10 and aimed at children aged six and under, the book is available at www.katesimpsonart.uk 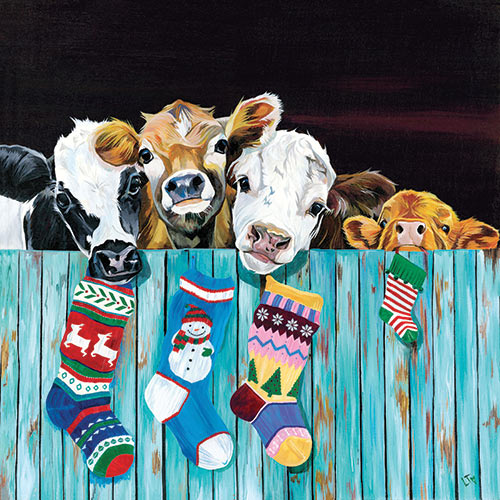 She’s the artist behind Lauren’s Cows, a business specialising in contemporary paintings and greetings cards.

Painting only cattle, her artwork captures the personality of each animal while encapsulating the breed’s physicality.

“I have so much fun at Christmas, designing something really unique,” says Yorkshire artist Lauren.

“After all, what makes you smile more than a cow in a bobble hat?”

“I love painting cows because their curious nature and inquisitiveness makes it easy for to create paintings full of character,” says Lauren, whose relatives have a sheep and arable farm near Scarborough. 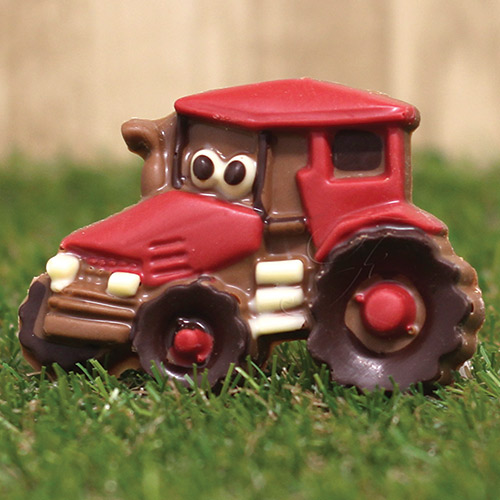 Here’s an idea for a stocking filler for that confectionery-loving child (or maybe even adult) in your household – a chocolate tractor.

Made from solid Belgian milk, white and dark chocolate, the edible machine is 6cm high, 8.5cm wide and weighs 30g.

Budding farmers may also like to know a chocolate sheepdog and sheep are also available. 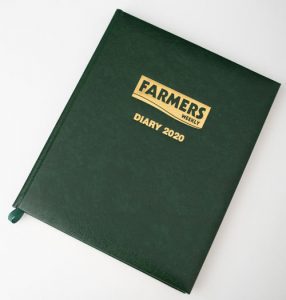 The Farmers Weekly 2020 diary is a great way of helping stay organised in the year ahead.

Updated to include lots of useful information, a records section, notes and addresses pages (and even a 16-page, full-colour British Isles map section), the diary is bound in top-quality, hard-wearing grained Green Balacron with special gold-blocked title and ribbon marker. 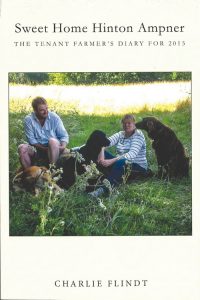 Charlie Flindt has been delighting (and occasionally infuriating) Farmers Weekly readers for so many years with his insightful columns.

Told with his trademark wisdom and humour, Sweet Home Hinton Ampner – The Tenant Farmer’s Dairy for 2015 is his book about “real, everyday farming”.

“This is a detailed chronicle of life on a conventional, non-organic, non-rare-breed farm – the sort that makes up the vast majority of the British countryside, and feeds – thanks to the latest in chemicals and machinery – an even higher proportion of the population,” he says.

Get a copy by sending a cheque for £11.99 (P&P free), made payable to “CH Flindt” to Manor Farm, Hinton Ampner, Alresford, Hants SO24 0LE (include your name and address) or look for it on Amazon or eBay. 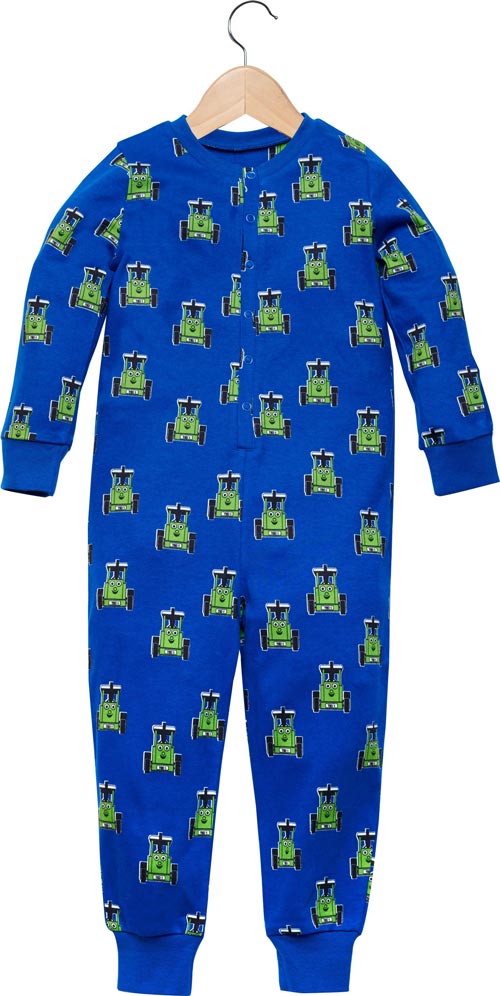 The little green tractor has wowed millions of children over the years and your little one can stay cool and snuggly in this cotton onesie in royal blue featuring a Tractor Ted print.

The perfect gift for the young farmers in the family.

The all-new Young Farmers Festival, an entertainment experience for the young rural community. The extravaganza will feature three jam-packed days of music, sports and plenty of partying.

You can buy tickets, find out more about who is playing and register your interest by signing up for festival email updates on the official Young Farmers Festival website. Ticket prices start from £40.