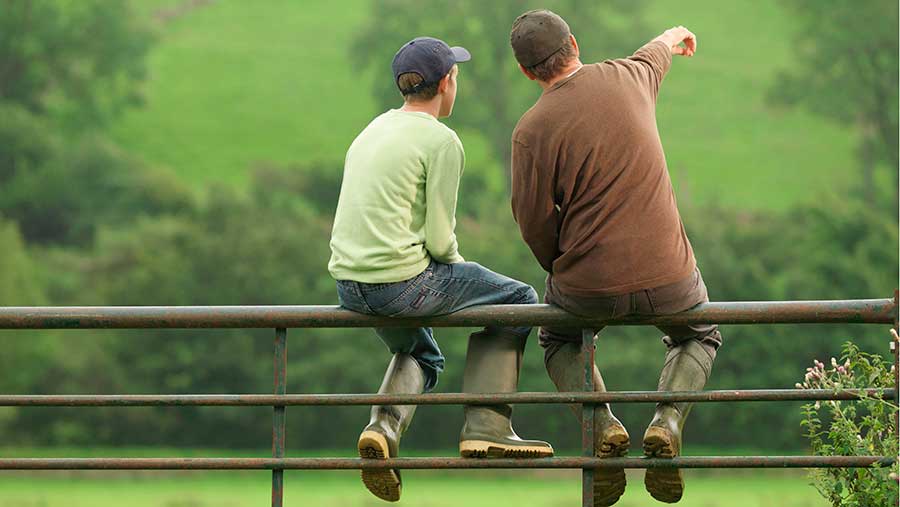 A new year brings new beginnings – and for school leavers, this means considering what will happen after exams are finally over. What’s the best choice – home to the farm or onwards elsewhere?

Leaving school is a rite of passage, but it can also raise some difficult choices. It used to be simple for farmers’ sons and daughters – they would head straight back home to work on the farm.

Times are changing though, and now there many more options out there.

A recent Farmers Weekly poll revealed 87.5% of farmers would prefer their children to do something else after leaving school before coming home to work.

However, amid trying to balance further and higher education application deadlines, revision and attending careers conventions, figuring out what to do next can be quite daunting.

We caught up with some of our readers to find out what they did before returning home to the farm.

See also: A beginner’s guide to careers in agriculture 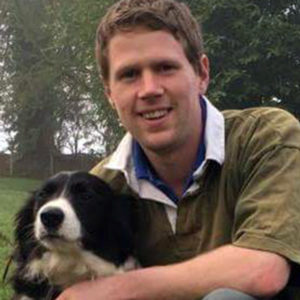 At the age of 16, Steve Hammett made the tough decision to tell his dad he did not want to go into farming.

“As the son, I felt it was expected of me to take over the farm, but I wasn’t really interested in it and did the bare minimum – only helping when I had to,” he says.

“I remember being on the way to a cricket match and telling my dad that I was sorry, but I didn’t want farm.”

Fortunately, Steve’s parents were incredibly supportive of his choice, instead encouraging him to go off and do something he enjoyed.

“After I finished school, I got some A-levels and then thought: ‘What am I going to do now?’ So, when an opportunity came up for a one-year placement in New Zealand, I applied.”

Knowing he would have to work to fund his travels around the country, Steve took up a job on a sheep, beef and arable farm. He knew he could operate farm machinery and tend to livestock, so he took up the job as a means of paying for other things he wanted to do in New Zealand.

See also: 8 great reasons to get a job in the agriculture sector

“The more I did, the more I found I was enjoying farming, and towards the end of my stay I phoned my parents and told them I now wanted to come home and take on the farm.”

After returning to the 81ha farm in the heart of the Devonshire countryside, Steve was quick to put into practice what he had learned on his travels.

The family farm has breeding ewes and cattle and Steve came home with the idea of running the farm as a completely grass-based system, as is popular in New Zealand.

“Dad let me have a go, so I put the whole farm into grass, but as we have very sandy land we found this didn’t work in the summer. It was a huge learning curve and like with everything in farming, you learn through trial and error.”

As someone who wasn’t interested in farming originally, Steve credits his love of farming today to his involvement with the Young Farmers Club movement.

“I joined my local YFC after I returned from New Zealand and it has been a huge influence on me,” he says.

“It’s a great way to learn new skills and develop existing ones, as well as offering a lot of free, knowledge-based training courses that are invaluable – it has encouraged me to do so much.” 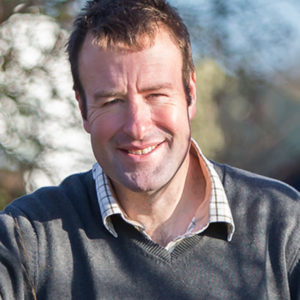 Having lived on the family farm since the age of 10, Stuart Roberts grew up with every intention of being a farmer.

However, with the farm in Hertfordshire not big enough to support both him and his dad, Stuart knew he would have to go off and do other things before he could return home.

He did a degree in agriculture at Aberystwyth University and then took a job at the Ministry of Agriculture, Fisheries and Food (Maff).

“I got a job in the cling film standards department, of all places,” he laughs.

Following his job at the Maff, Stuart landed himself a two-year stint in the press office at the Food Standards Agency and later progressed to working on the animal health team at Defra.

“I ended up leading the BSE controls team and it was so interesting,” he says. “I got to meet and know a lot of people in the industry, which pointed me in the direction of so many opportunities.”

After progressing up the career ladder and being appointed agricultural director at food processing group ABP, Stuart began to phase in working back on his family’s 405ha cereal and beef farm about five years ago.

He says knowing how supply chains work now enables him to plan his business effectively.

“I consider myself a very average farmer, but because I have done so many other things, I have been able to bring a vast set of skills to the farm, which has really helped me,” he adds.

Now aged 43, with four young children of his own, Stuart wants to ensure his children have the same opportunities as him in the future.

“One thing I am determined not to do is to force my children to come back to the farm, although I want to be in a position that all of them can come home if that’s what they want to do.”

What school leavers did next

“I headed off to university and am now working away from the farm to further my experiences. I hope to return to the family farm one day, but by working away I’m broadening my horizons, meeting new people and developing my skill set.”

“I went to university, travelled and sold animal feed before returning home to the farm seven years ago. Dad always said I would get better experience seeing how other people do the job.”

“When I left school, I did a diploma in business studies, as my parents encouraged me to do something different and outside of agriculture to widen my prospects.

“The course taught me how to run a successful business, which has been extremely useful since I returned to work at home.”

If you are thinking about taking a different path before heading home to farm, here are some handy tips:

From agri-business to countryside management, the traditional agricultural universities such as Harper Adams and the Royal Agricultural University have a vast range of courses to suit all interests.

If you have commitments at home, but still like the idea of doing a higher education course, institutes such as Cannington College offer degree programs in subjects like agricultural management, where the course is squeezed into two days a week rather than five – giving greater flexibility for students.

If you fancy studying abroad, we have a list of the world’s top 10 agricultural universities.

There is a plethora of job search platforms and even just chatting to other farmers can help highlight potential working opportunities.

Farmers Weekly has a helpful jobs and careers section online with job profiles, tips and advice plus a huge list of vacancies all over the country, which is updated regularly.

A quick internet search will point you in the direction of many firms that offer farming scholarships to places such as Australia and New Zealand – great for those who want to experience new ways of farming.

The National Federation of Young Farmers Clubs also offers an impressive travel scholarship programme, with members jetting off all over the globe to places such as Canada, Sweden and Uganda.