In his latest update, ex-Sky-reporter-turned farmer Will Sargent recounts battles with airborne pests, demolition work and even a bit of harvesting in March.

Watch his video diary, see the farm photos and read his news.

I’ve been fairly preoccupied with pigeons.

A few weeks ago I was handed the responsibility of keeping these crafty birds away from our oilseed rape – a serious business. 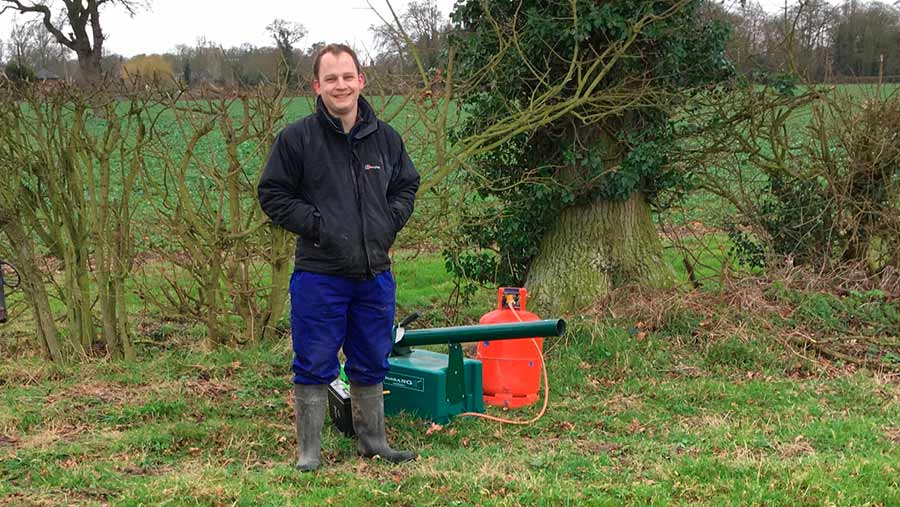 Me on pigeon patrol. This banger helped to scare away the birds from the oilseed rape. Good growing conditions in the autumn helped to protect the crop

Pigeons decimated our crop last year, so as I hoisted my supposedly scary-looking kites into the air and distributed my bangers, I was prepared for the worst.

But despite my initial fears, we appear to have won the battle. The rape is looking good, and after three weeks the bangers and kites have been put away for another year. I’m hoping for the same again in 2018. 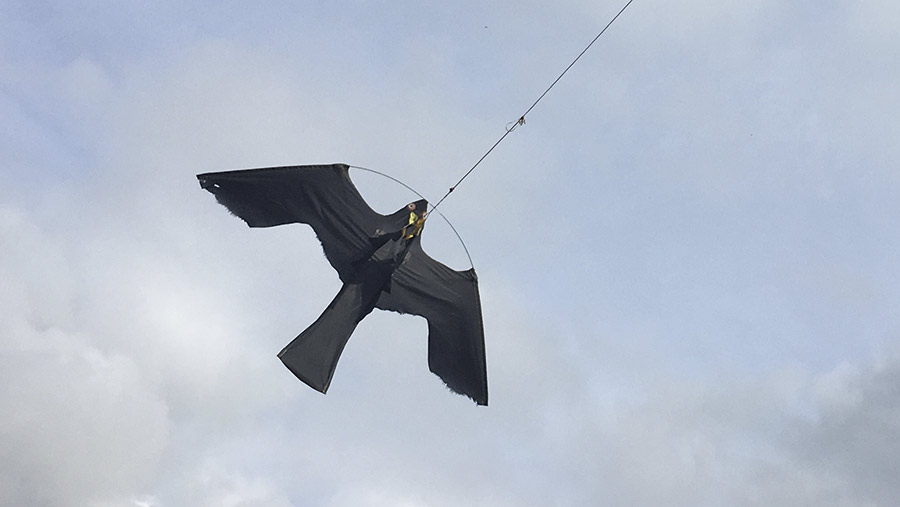 The kite is the other weapon in my anti-pigeon arsenal. I had to make sure I moved these around most days, so the birds didn’t get used to them

My life hasn’t entirely revolved around pigeons. I’ve been doing plenty of tractor work and even managed to do a bit of ploughing. 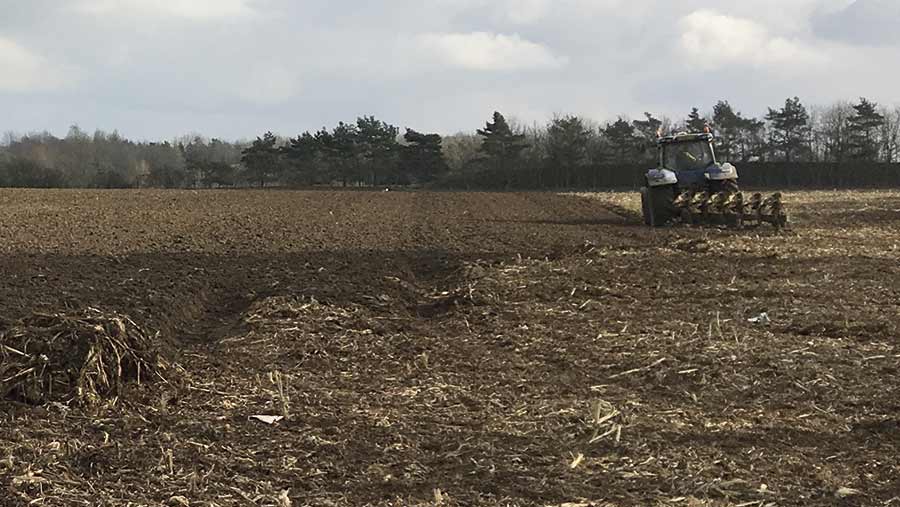 My first effort at ploughing. Most of this wasn’t actually my work, but I can claim a few of the furrows

It’s not an easy skill to master and I was grateful to one of our key men, David Woods, for showing me the ropes. I don’t think I’ll ever be an expert ploughman, but I certainly enjoyed having a go.

I’ve also been learning how to use the muck spreader. All of the areas where we’ll be planting game cover need muck and, as we farm several thousand ducks, we’re never short of it.

I didn’t find this job too tricky, but a close encounter with a hedge did threaten to derail me at one point.

Unfortunately the tractor required a new mudguard, but at least I wasn’t on the road and it didn’t put the tractor out of action. 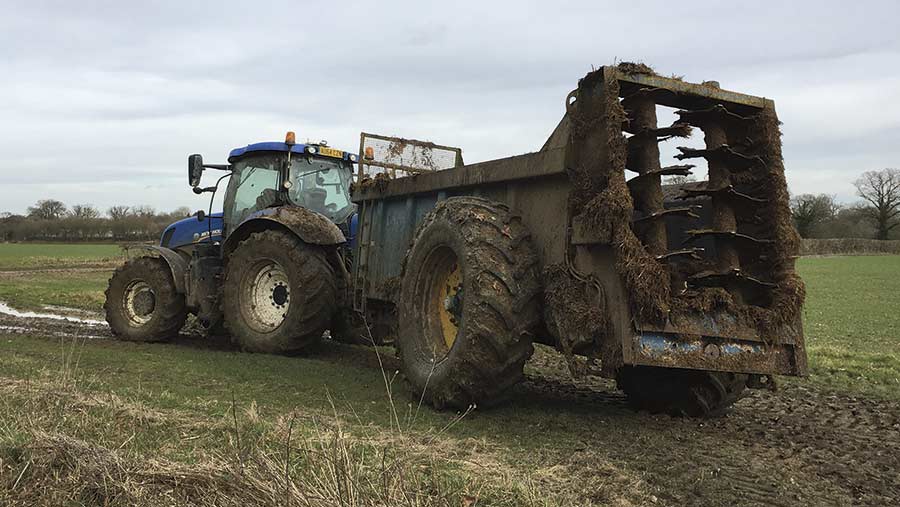 I quite enjoy muckspreading, despite the strong odour. We never run out of duck muck to spread on the fields

I’m sure I’ll make more mistakes over the coming months, but every time I do something wrong, I’m trying to learn from it. The trick is to make sure these mistakes aren’t too costly and, above all, that they don’t happen at harvest!

One of the more unusual crops we grow on the farm is miscanthus. It’s used for biomass and this time of year is harvest time. I’d never seen this process before, so it was great to see it up close. 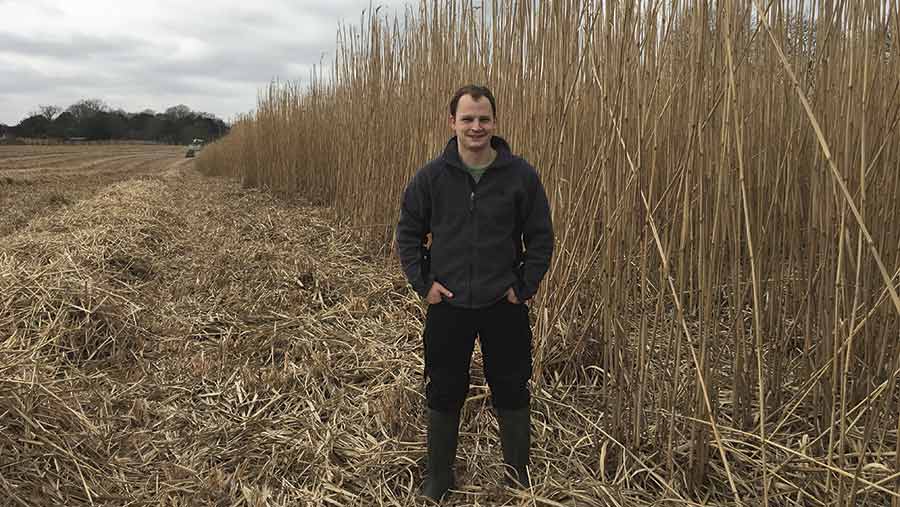 I’m around five feet eight inches tall, which gives you an idea of the height that miscanthus can grow to. It’s strange seeing harvest in March

Lots of farmers have dipped their toes into the green energy market and this is a really good option for us. The land it is grown on has always been unproductive, so being able to make some money from it is a real bonus.

Away from the fields, I’ve been spending quite a lot of time demolishing things. One of the old brick buildings in the farmyard had to be taken down to make space for machinery, so I grabbed my sledgehammer and crowbar. 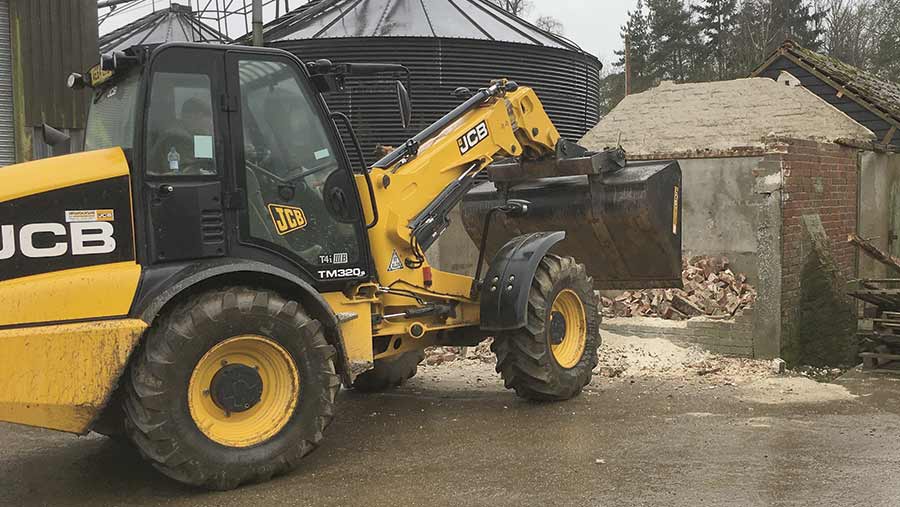 It didn’t take long to dismantle this building. The photograph was taken halfway through the demolition process

By the time the job was over, we’d managed to save more than 2,000 bricks. If you haven’t spent a week cleaning bricks, I recommend you try it. It’s a useful lesson in patience.

I haven’t spent all of my time on the farm. A couple of weeks ago I went along to an NFU meeting, to catch up with some of the local farmers.

As soon as I walked in, I was greeted with the words “Ah ha. Farmers Weekly!” I wasn’t sure how many people had read my column, but on this evidence it looks like it’s going down well.

I thought I was going to be the one asking all of the questions, but the other farmers actually had plenty for me, mostly about the Farmers Weekly. 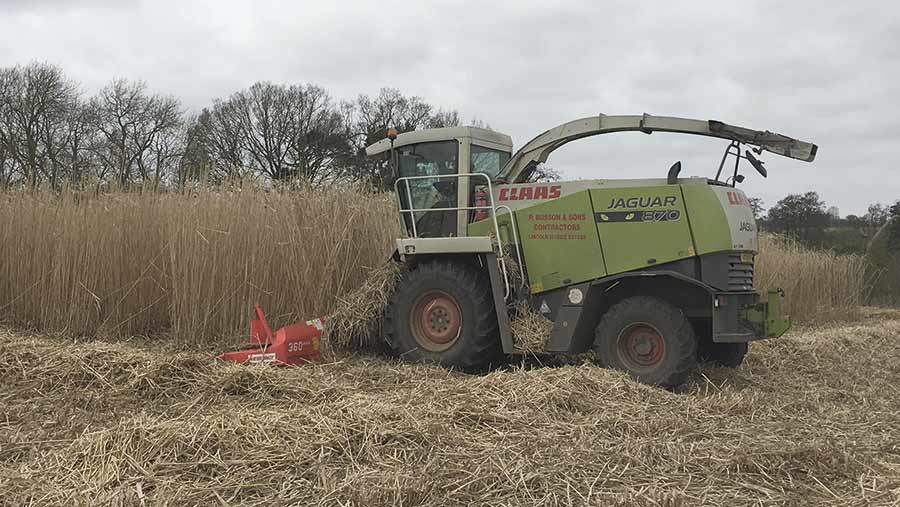 This forage harvester chops the crop up, and once it dries out it’s bailed. It then gets turned into pellets and burned for energy