I hope Farmers Weekly readers enjoy eating duck, because over the past couple of weeks I’ve been spending a lot of my time looking after around 49,000 of them.

I’m used to dealing with the day-to-day issues, but when our site manager Michael decided to take a well-earned holiday, I had to get a bit more hands-on. 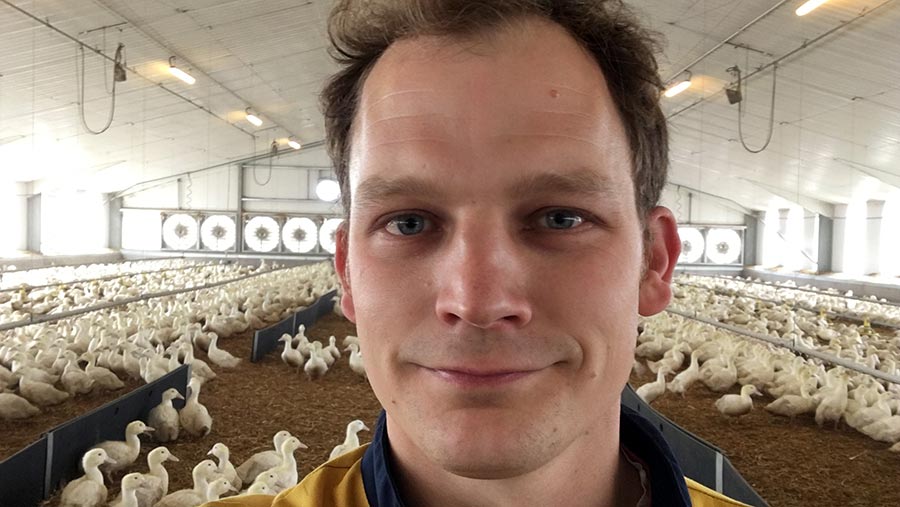 Looking after thousands of ducks is a real challenge.

He’s been doing the job for several years now and is very good at it. In fact, three of us were needed to fill in for him while he was away, so that shows you how efficient he is.

I had the evening shift, which involved looking around the buildings, checking on the ducks and just generally making sure everything was working ok.

Thankfully things went fairly smoothly most of the time and any issues we did have were sorted out pretty quickly.

I don’t think I’ll ever stop learning as a farmer, and I’ve certainly learnt a lot from this experience. Hopefully it’ll make me a better manager.

In my column last month, I mentioned the staff problems we’ve been having recently. One man was on long-term sick leave and another had decided to leave.

It hasn’t been easy finding a replacement, but after a few interviews I’m pleased to say that we now have a new member of staff.

Charlie grew up just down the road and has just got back from a spraying season in Australia. Apparently one of the fields he worked on was about the same size as our entire farm, so I hope there’s enough space for him here. 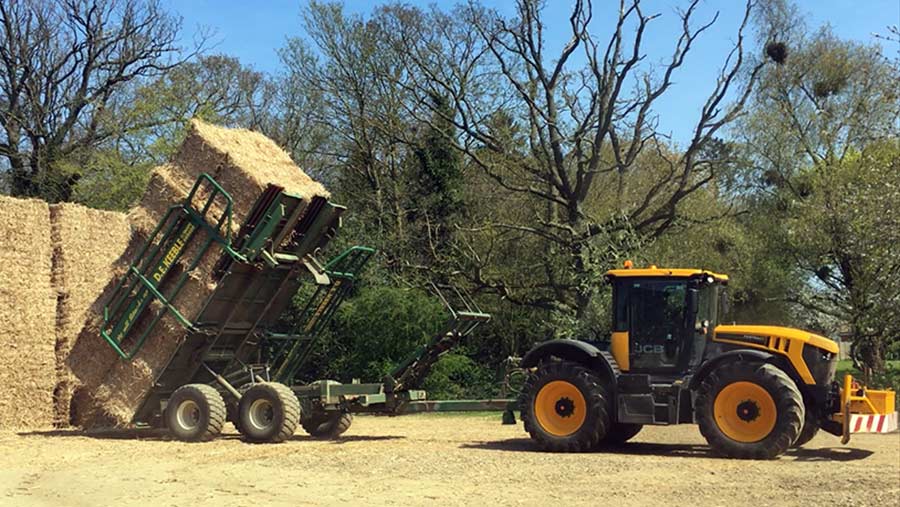 Good weather for baling miscanthus. The contractors did a good job getting it in so quickly.

We also had another bit of good news. Our miscanthus, which was harvested back in March, has been safely baled up and most of it has already been taken away.

If the wet weather had carried on any longer, we would have struggled to get the bales in dry, but a brief hot spell really helped us out.

It was especially satisfying when a thunderstorm broke out just after I’d finished putting the bales away. Timing is everything in farming and in this instance it was on our side. 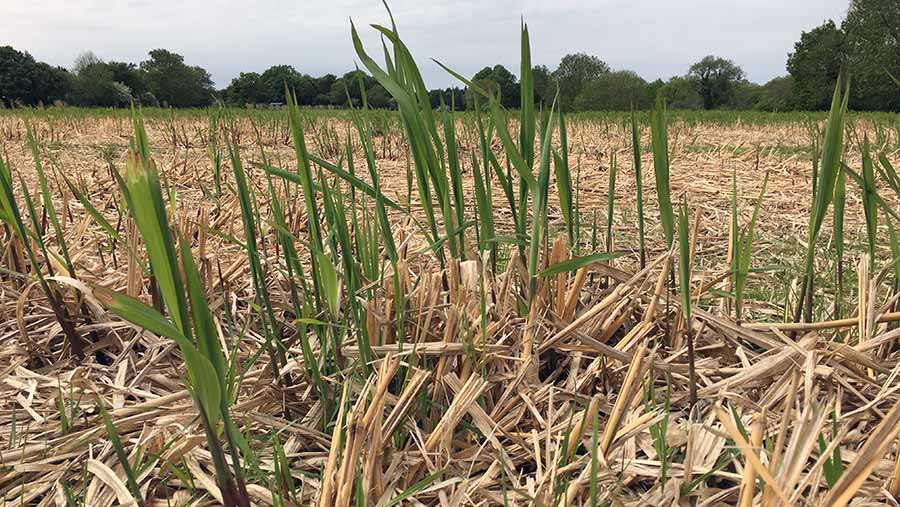 It doesn’t take long for miscanthus to start growing again. This is what it looked like three weeks after it was baled up.

The dry conditions also meant that we finally managed to drill our two fields of spring wheat. Ideally it would have gone in earlier, but so far it looks OK.

Away from farming, my house has just got a bit busier with the addition of a second black labrador. My dad’s youngest dog, Tipple, had been living over at the farm, but now he’s moved in with me. 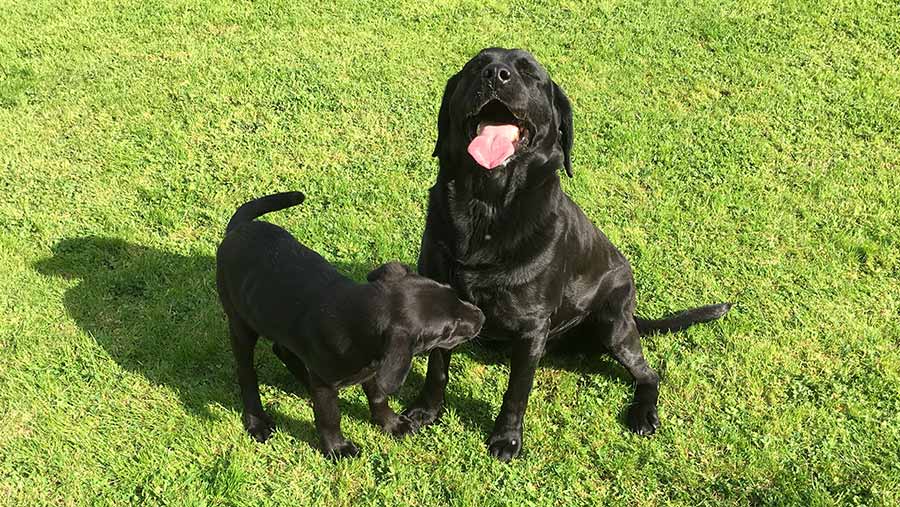 Tipple and puppy Winston are still getting to know each other.

I’ve already spent a lot of time with him, particularly during the shooting season, and it’s really nice of Dad to let me look after him permanently.

He’s great company and our new puppy Winston is obsessed with him. He has also been a big hit with my two daughters. Our oldest, Eve, said Tipple was her best friend, so I think he’s fitting in well.