In this update, Will Sargent contrasts his old London life with that on the farm in Norfolk. He also considers the effort that goes into the farm’s successful shoot and the dedication to rearing thousands of ducks for the supermarkets.

A few weeks ago I visited London for the weekend. Up until last January this was a place I called home, but now I’ve moved back to the countryside I can’t ever imagine myself living there again.

We lived in a nice flat in Wandsworth with plenty of green space nearby – but in comparison to living on your own farm, it doesn’t even come close.

Watch Will’s video update from the farm below.

One of the things that surprised me that weekend was how unhealthy many of the city-dwellers looked. Living in London can be pretty full-on, so it’s no surprise that many of the people there look a little frazzled. 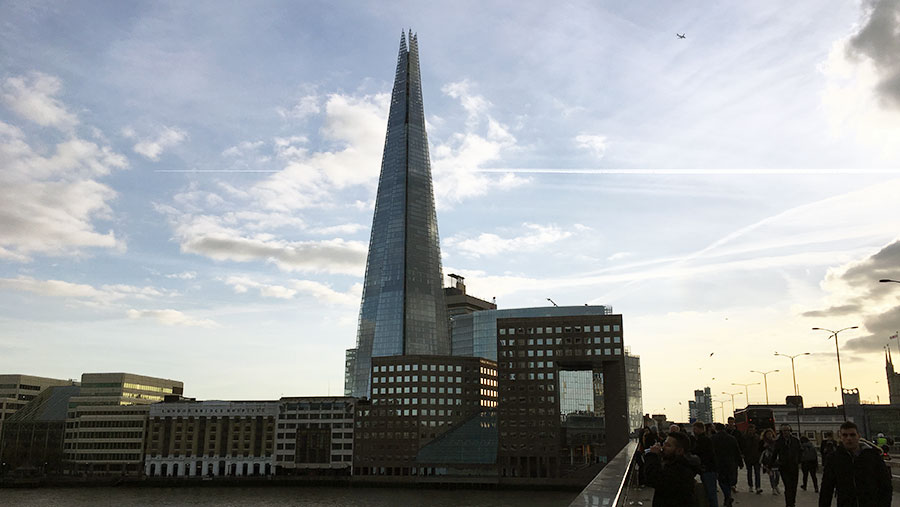 “The London skyline. I don’t really miss the capital, but I had a great time when I lived there”

Life on the farm is very different. From July to November we were working flat out to get the harvest in and make a success of drilling. But now that time has passed, we have been able to slow down a little bit. 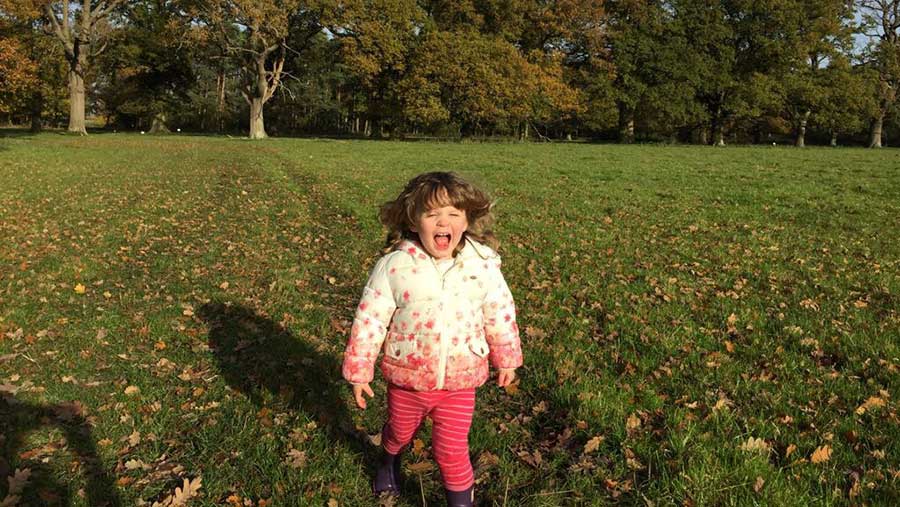 “My daughter Eve prefers the open spaces of the countryside”

This temporary lull on the work side has given me an opportunity to work on my shooting. I’ve been lucky enough to be invited on several days, and although I haven’t mastered the art yet, I think I have started to improve.

I always think shooting is a bit like golf. You could do it all of your life and there would still be room for improvement. This makes it one of the most enjoyable sports to take part in, but also one of the most frustrating. 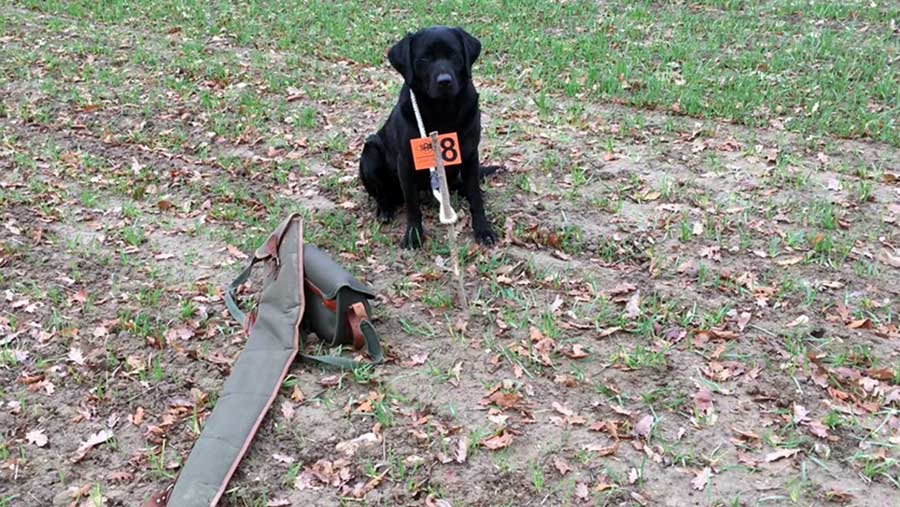 What hasn’t been frustrating has been the quality of our days at home. We have exceeded 200 birds every day so far, and the guns have been treated to some really special birds.

One of the best things about our shoot is the team behind it. We have a great group of beaters, many of who have been coming for years, and an excellent gamekeeper, Roger. 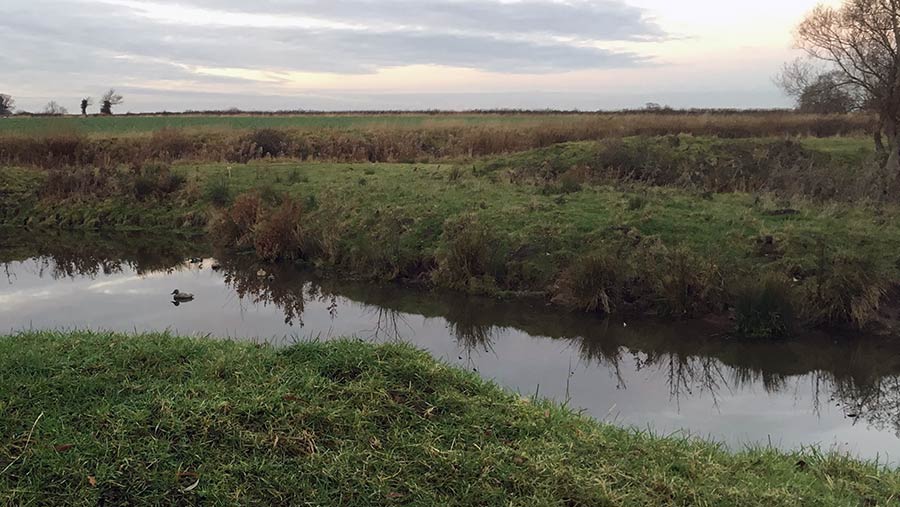 We are lucky enough to have several different woods and strips of cover to choose from, but in some ways this makes the gamekeeper’s job harder.

Picking the wrong combination of drives has the potential to ruin a day, but somehow Roger, alongside my Dad, always seems to come up with just the right mix.

The one part of the farm that is busy all year round is our duck business, producing for the Gressingham brand.

Our five buildings house 49,000 birds and these grow to full size in just six weeks. This means a lot of mucking out and washing down.

Every inch of concrete has to be cleaned and disinfected before we can fill the buildings up again, and this is hard work.

See also: Analysis: Is the badger cull working for farmers?

I think many people who buy duck in the supermarket would be seriously impressed by the effort that goes into rearing these birds, and I’m proud of the way we look after them.

It’s a similar story with the pheasants on our farm. An enormous amount of time and effort goes into the production of game birds and although many people see them only during the shooting season, it’s a year-round operation.

That’s why I make the most of the birds I shoot, by eating as many of them as possible. After all, pheasant is probably one of the healthiest, free-range meats out there.

It has also allowed me to practise my cooking skills. I recently served up a mallard that I shot, and it was probably one of the most delicious things I have ever eaten. 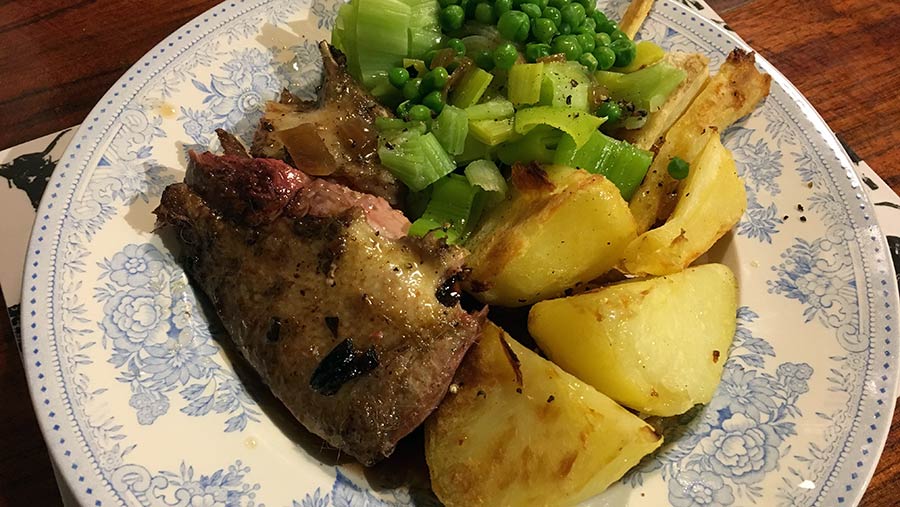 “The finished product. This mallard tasted great with some home-made pheasant gravy”

I’ll need to keep my belly full over the next few weeks. Our current flock of ducks goes out just before Christmas, so I think we are going to busy.