In this update, ex-Sky presenter-turned-farmer Will Sargent attempts to fight a flurry of fly-tipping on his farm, while getting to grips with organising the local shoot – and he steps in front of the TV camera once again.

The atmosphere on the farm has changed recently. The land work has slowed down, the weather has turned cooler and the shooting season has begun.

This year is a big one for me. It’s the first time I’ve been asked to help run our shoot days at home, and there’s a lot to think about.

Of course, I’m not on my own here. Our keeper, Roger, is very efficient and my dad and uncle are always on hand to help me out whenever I need them.

They’ve been in charge of the shoot for more than 30 years, so their advice will be invaluable to me as we head through the season.

We’ve hosted one day at home so far, which I’m pleased to report went very well. There were a few misunderstandings when some of the guns forgot which number they were standing on, but other than that it was a fairly smooth operation. 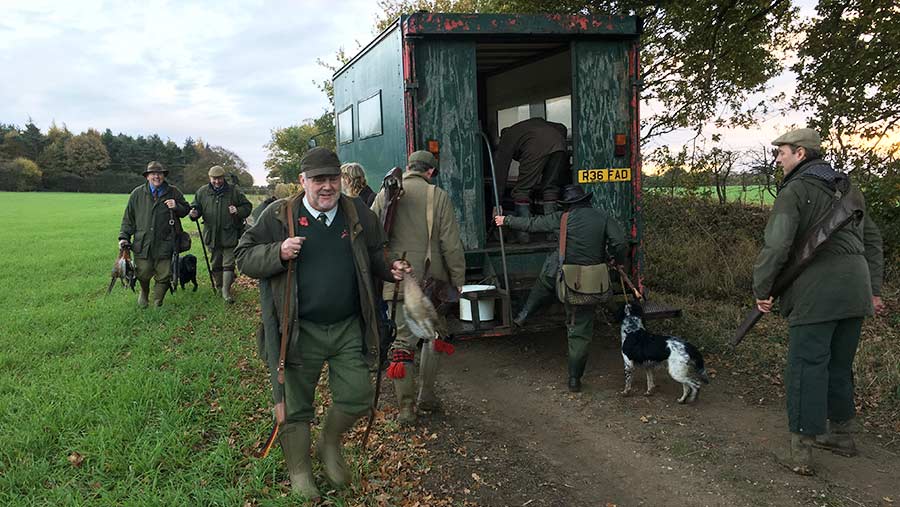 The end of the day on our first shoot of the season. We shot 209

We’ll now be shooting every week until the end of January, so I’ll have plenty of time to fine-tune my morning speech to the guns and work on my tactics to keep everything running on time.

In my last column I mentioned that I’d be spending quite a lot of time with my dad’s dog Tipple, and it seems to be paying off.

I took him shooting with me for the first time last week, and I really had no idea how he would perform as a gun dog.

He’s still young and inexperienced but he performed like an old pro. He sat quietly at the peg, and at the end of each drive calmly retrieved the birds and handed them back to me. Hopefully he’ll keep it up. 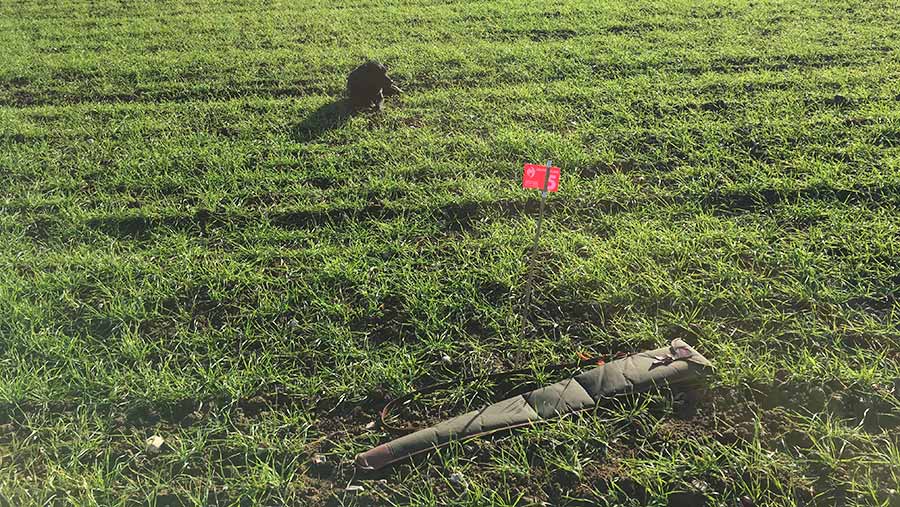 Tipple sits calmly by the peg as the drive gets under way. He’s a real natural

Away from the shooting field, I’ve been getting involved in TV again. Last week we had a visit from a film crew from the Turkish broadcaster TRT World.

They were putting together a report on green energy and as we’ve been growing miscanthus since 2010, they must have thought we’d make a good case study.

I enjoyed showing them around and it was fun watching the cameraman using his drone to film some great aerial shots of the crop. Maybe I’ll think about getting one. 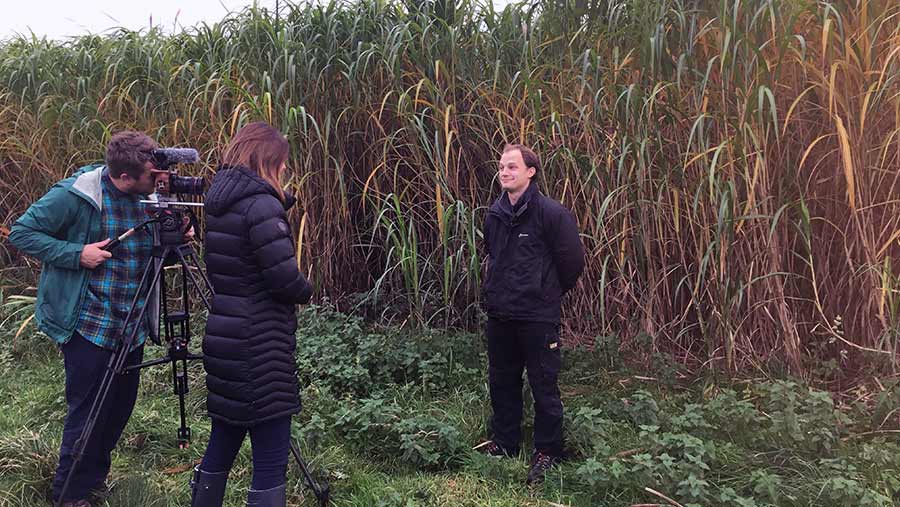 My interview on TRT World. Hopefully I made some sense

One of the more mundane things that you have to deal with when you’re a farmer is other people’s mess.

For some reason, a few idiotic people think it’s fine to dump rubbish in the beautiful British countryside. Over the last few weeks I’ve seen three examples of fly-tipping on our land, one of which was about a minute away from the council recycling centre.

The worst example contained tyres, wood, old clothes and, quite carelessly for him, the name and address of the man who appeared to have dumped it there.

I passed the details on to the local council, but despite having a string of invoices and receipts with the likely culprit’s name on, it won’t be easy to prosecute.

If he admits the crime he’ll probably get a £200 fine, but I’m told that if he denies it, even with all of the evidence I found, he’ll probably still get away with it.

It’s frustrating, but we all need to keep reporting things like this. You never know, one day we might get lucky and catch one of these scumbags in the act.