Spring has finally arrived and the farm is starting to look very different.

Everything is much greener now and, despite a family of rabbits deciding to invade my garden, I’m feeling optimistic. 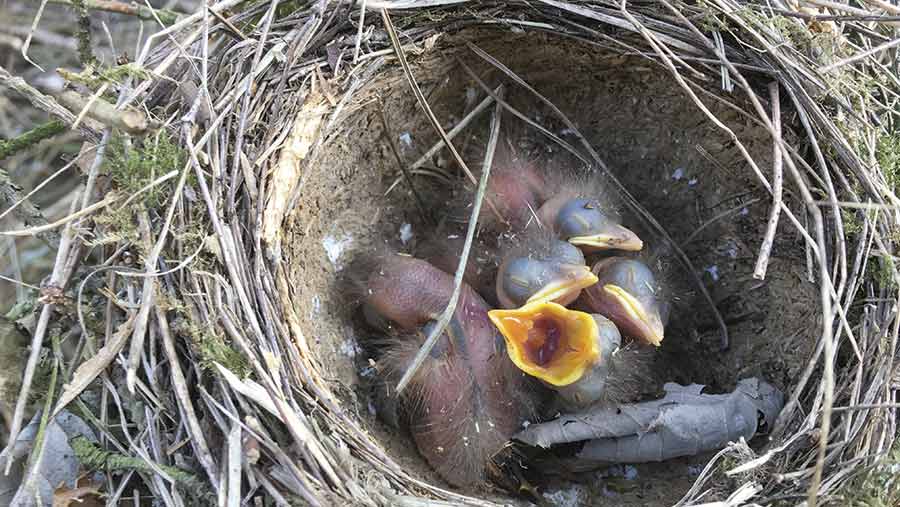 A sign of spring spotted on the farm. I think they are thrush chicks, but I’m not 100% sure

Most of the crops are looking good despite the lack of rain and hopefully the fertiliser we’ve been spreading will soon start to take effect. 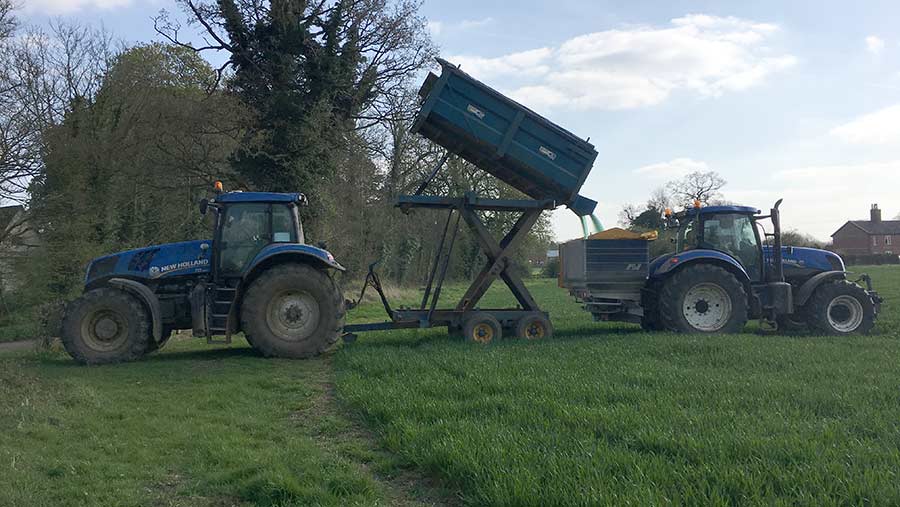 Our shiny new combine harvester has just been delivered, so we’re hoping it will be a good investment. It’s hard to believe harvest could be here in less than three months. 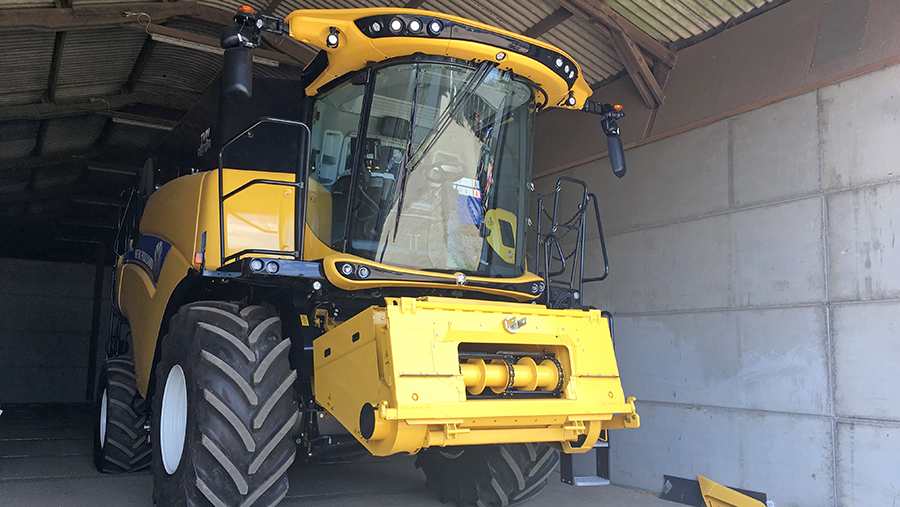 Our new combine harvester has arrived. It looks pretty robust, and I’m hoping it’ll be a sound investment

We’ve also been doing a lot of spraying, or rather my uncle has. Unfortunately, as the crops started to grow so did the weeds, so he’s been busy trying to target as many as possible. 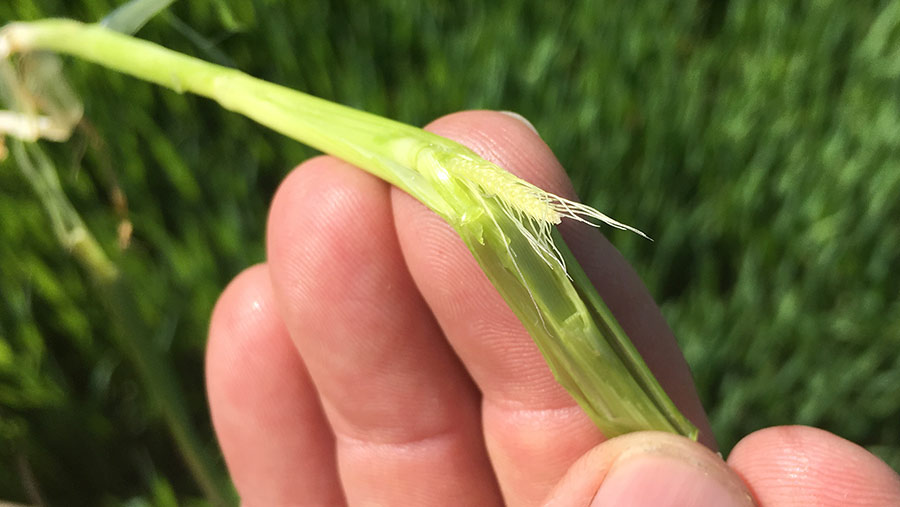 In a few months ears of barley like this one will be ready to harvest, but there’s a long way to go before we get to that stage

Despite the increased activity on the arable side, I’ve been spending most of my time over the last month with a chainsaw in my hand.

One of the woods on the farm required extensive surgery so I had to learn how to cut it down.

This began with a chainsaw course. One of the things I learned on this course was the steep price of safety equipment.

After being told we had the wrong shoes and trousers for the job, I had to go out and spend a few hundred pounds on the right ones.

Despite my expensive shopping trip, the course was worth doing and it definitely helped us to speed up our work in the wood. 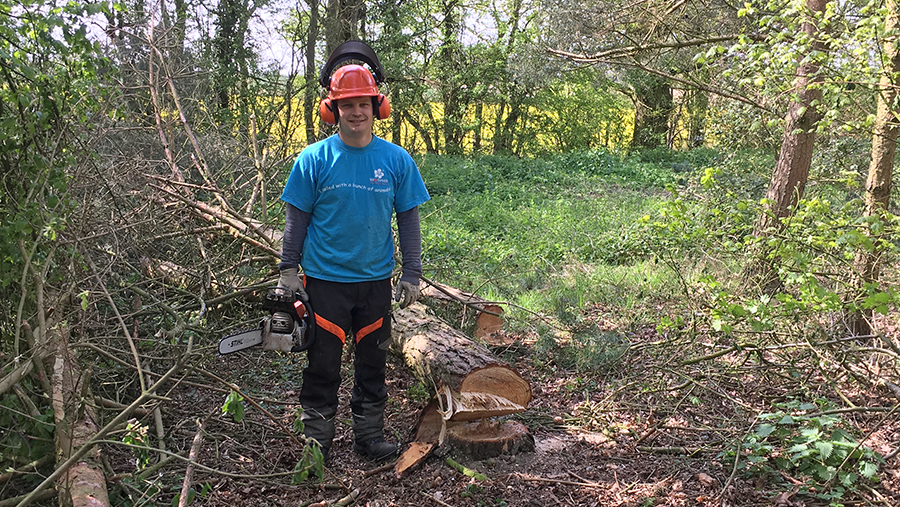 I’m not sure how many trees we felled in this wood, but it must have been well over a 100. It was a real team effort

In my last column, I wrote about our miscanthus harvest. This biomass crop hasn’t generated any energy yet, but it has been baled up and stored in the barn.

I’ve also been involved in our environmental stewardship scheme. As part of this, we’ve put grass buffer strips around many of the fields to help wildlife and plants flourish.

This sounds fairly straightforward, but the width of these areas has to be checked every year, to make sure we’re doing what we’re supposed to.

I spent a few hours showing two experts around the farm, as they took careful measurements. My advice to anyone else involved in these schemes is to be very methodical when you layout your headlands. 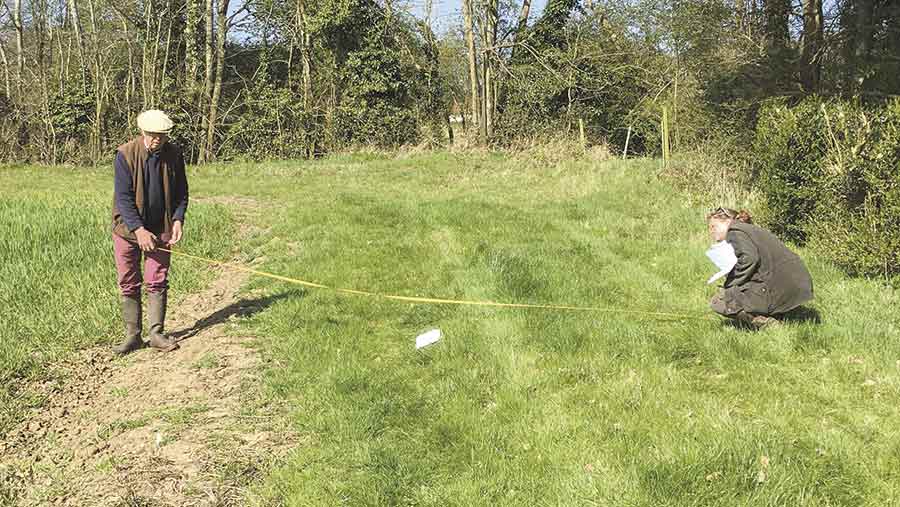 Measuring buffer strips. Richard and Kim have been helping us with our environmental schemes

Away from the farm, I’ve been pondering the ramifications of Brexit. Of course, there’s no way of knowing what the impact will be yet, but I have been to a couple of interesting talks.

One of them was at an NFU meeting where we were bombarded with statistics about the EU and agriculture.

I wouldn’t say we came up with many firm conclusions, but one thing is for certain, any farm that relies too heavily on EU subsidies needs to start changing its strategy.