In his latest farm update, ex-Sky reporter-turned-farmer Will Sargent reports on new arrivals on the farm, an unforeseen breakdown and more shooting success.

One of the problems with being a farmer is that your animals don’t know when Christmas is. They need attention every day of the year and even when they’re not here, we need to prepare for their arrival.

Our last flock of ducks in 2017 left the farm on 23 December and the first one of 2018 arrived on 6 January, so there’s been plenty to do over the last few weeks. 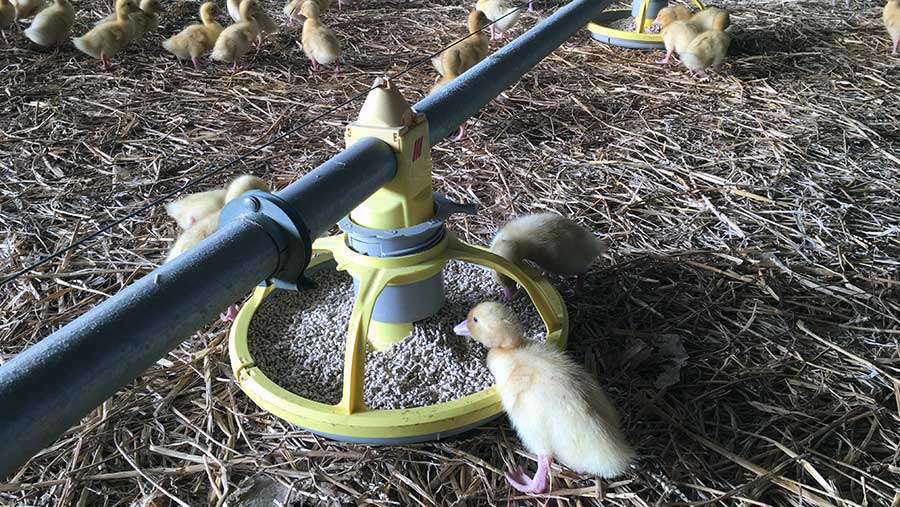 Once the ducks have left, the first job that needs to be done is mucking out. This involves four people: one to move the muck, and three others to cart it away.

This is usually a fairly smooth operation, but this time we had a problem. As I was driving down the road having just picked up a load of muck, I suddenly heard a loud scraping noise.

At first I thought I must have hit something, but when I got out I realised what had actually happened. One of the wheels on my trailer had fallen off and was lying on the side of the road.

My first thoughts were that a nut must have come loose, but it was much worse than that. The bearing had broken and the entire wheel had slipped off the axle.

Following a complicated and lengthy recovery process, which I don’t have time to go into here, we managed to get the trailer back to the farmyard without causing any more damage. 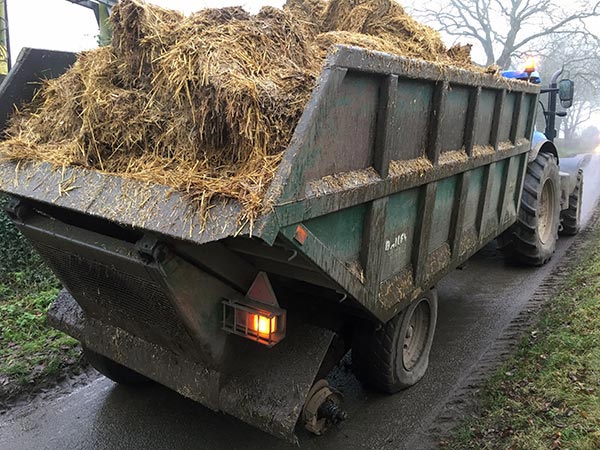 Oh, dear! This wheel falling off caused a few problems, not least with an angry driver

The most memorable part of the day wasn’t actually the wheel falling off, but an irate motorist who wanted to get past.

As he approached the tractor he started to beep his horn, so I went over to explain what was happening.
“You’ll have to move,” he yelled. “I’m not going all the way around.”

But when I replied that I couldn’t really do that because my wheel had fallen off, he said: “Well that’s not good enough!”

I then asked: “Are you a mechanic then? Because if you are, you could get me moving straight away.”

Unfortunately he didn’t seem to find this very funny and threatened to call the police. At this point I decided to walk away and he drove off at high speed in the other direction.

Most of the people I met on the roads that day were friendly and understanding but I think this chap was having a really bad day. I hope it got better.

Apart from the road rage incident, the rest of the duck operation went well. A neighbouring farmer lent us another trailer and the operation picked up where it had left off.

Away from the ducks, the shooting season is still going strong, and I recently had a great day hosting a few of my friends. 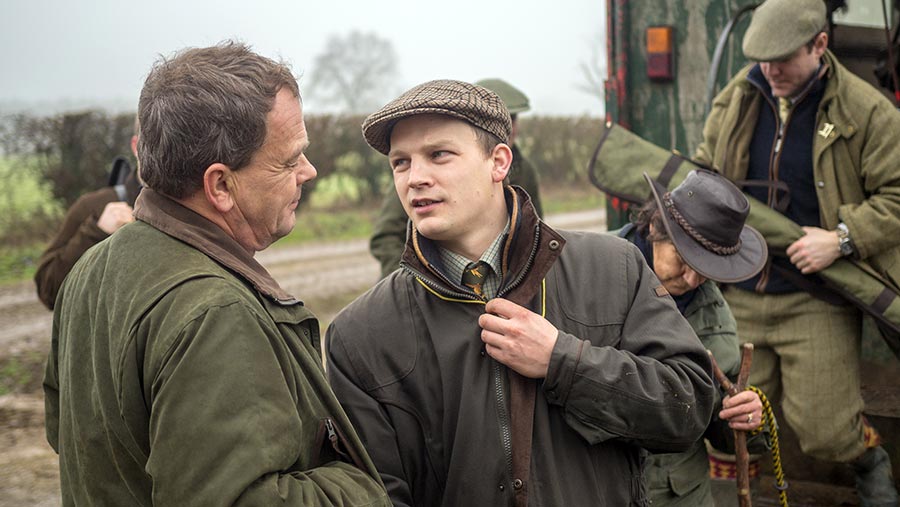 We ended up with a healthy bag of 233 birds and everyone shot well. My brothers and I have been having a “boys’ day” here since I was a teenager and it’s always really good fun.

One of my friends, Chris, comes every year and is a talented photographer – luckily for me he always brings his camera along.

He captures the action really well and I’ll definitely be framing a few of his photographs from this season’s shoot. 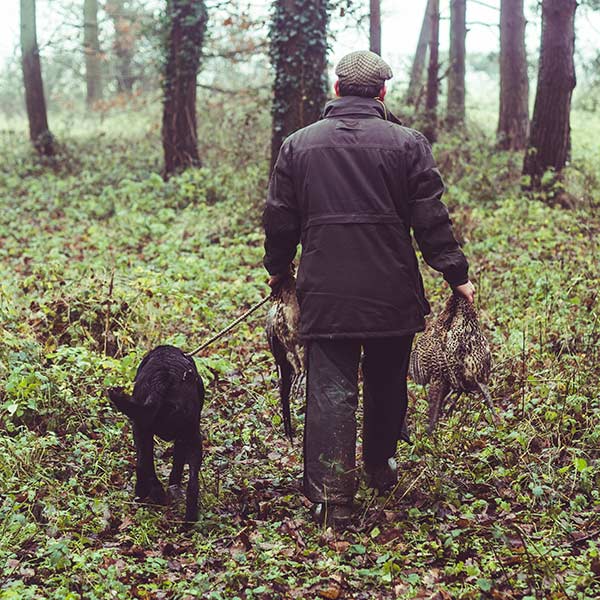