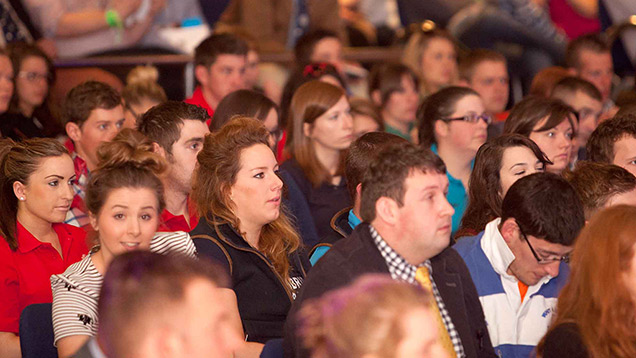 The National Federation of Young Farmers Clubs’ membership levy will be increased by 20% following an overwhelming vote at the NFYFC convention in Torquay.

The extra 20% will mean 40% of national income will now come from membership fees.

Caroline Baker from County Durham who seconded the motion at the Riviera Convention Centre on Sunday (26 April) warned, without the increase, sacrifices would have to be made.

“Without ongoing support something will have to give. The more members we have the lower the impact of the levy increase,” she said.

NFYFC has had a tough year making a net loss of £58,000, despite reducing overall expenditure by £145,000. This was following the removal of the HOPS donation for a second year in a row.

Frank Chester, chair of board of NFYFC, said the federation had made £134,000 of savings over the past year.

“This saving has come from central management and 50% of this has been from the new staff structure and reduction of the most senior role,” he said.

Poul Christensen, NFYFC president welcomed the increase in levy, but said the issue of finances would continue.

“We should look upon support from government as being suspect for the future. We need to look at standing on our own two feet, which will make us stronger and more resilient.”

Mr Christensen said he was impressed by the way the federation had taken cost cutting measures and said it needed to remain focussed.

“No business succeeds without focus. Let me encourage you to be as ambitious as ever, even if costs are restrained.”