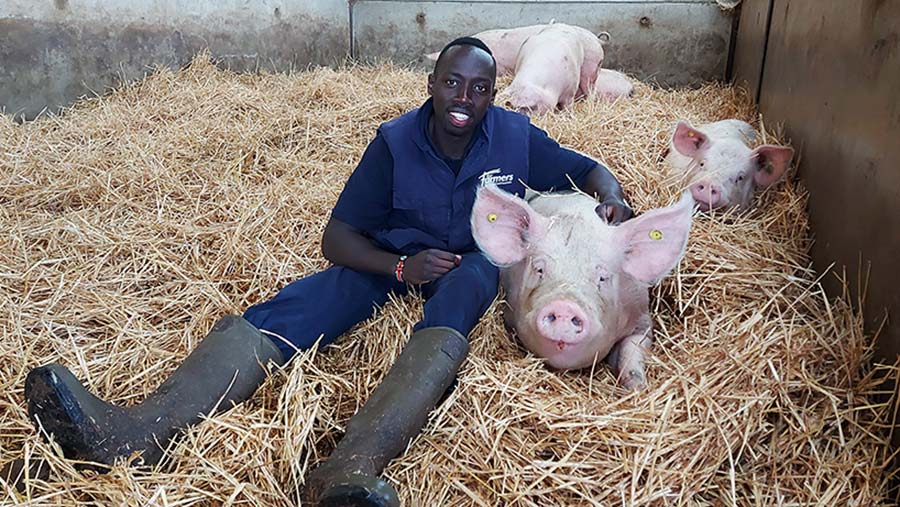 Having devoted a decade of his life to building a farming career and contributing to rural life, 29-year-old Flavian Obiero says it’s time to call out the intolerance that’s holding the industry back.

The only thing that has stopped the young farmer from quitting farming altogether has been his passion for pigs and an incredibly tolerant attitude.

But in the wake of the death of African American George Floyd, who died after a Minneapolis police officer knelt on his neck for almost nine minutes, Flavian has toughened his resolve to make a positive change.

“I’ve changed my mind. People choose to be ignorant and it needs calling out – that’s a start,” he says.

“It all boils down to lack of exposure, and integration needs to happen. I think if the farming community was more open and let people from other communities in, there would be less of a problem.”

At 15 years old, Kenyan-born Flavian moved to the UK with his family, after his dad got a job working for the NHS as a biomedical scientist.

Today he runs a 130-sow unit in East Sussex, which produces and finishes more than 2,000 pigs a year.

‘Shock to the system’

Adjusting to life in the UK was tough. He had to join a secondary school in Surrey a year out from sitting his GCSE exams – a critical time in deciding his future career.

“It was a shock to the system,” he says. “I cried for hours before we moved.

“The first year of school we were sent home because it was too hot and I remember thinking ‘but it’s only 31C’.”

Aside from the different climate, Flavian soon found that he needed to alter himself to settle smoothly into life in a new country. Though he spoke perfect English when he arrived in the UK in 2006, he found that language was still an issue because of his accent.

At his school in Kenya, students were only allowed to speak the national language, Swahili, on a Friday. English was to be used at all other times to avoid a caning and better the students’ grasp of the language.

“My English accent was different to everybody else and I had a stutter, so people would be giggling in class and teachers would ask me to repeat what I was saying.

“So I made a conscious decision to change my Kenyan accent for a more typical British one, and I gradually gained confidence.”

His career in agriculture didn’t get off to the most promising of starts.

“I got some work experience at a farm near Basingstoke, where I was meant to be working with pigs. Instead, I spent the entire time laying concrete,” he says.

After a week of feeling more like a builder than a farmer, Flavian was offered a part-time job helping out on the farm and his passion for pigs was ignited.

“I like working with pigs because they’re quite boisterous animals and they keep you busy and are real characters. Also, from a breeding point of view, you can try different things and see the results much quicker than in other animals,” he says.

Throughout his higher and further education at Sparsholt College in Hampshire, where he gained a degree in animal management, he wanted to keep his hand in farming and earn some money while he studied.

After driving around local farms to ask for work, he landed a role on a 500-sow outdoor unit close to the college.

His career at East Sussex-based Plumpton College happened almost by accident. “I was doing an assignment in my final year on personal development and we had to show that we were applying for jobs in the industry,” he says.

“I saw an assistant pig person job at Plumpton College and went for it. I got invited to an interview and was offered the role.”

He bagged the pig unit manager role at the college, which sits on the northern fringe of the South Downs, after returning from a stint working in the livestock feed sector.

He also guest lectures at the college and shows students the ropes in practical sessions at the farm.

Flavian is rightfully proud of his major achievements in farming in a relatively short time and says he has never felt discriminated against when seeking work in agriculture, although this doesn’t mean the industry is free of prejudice.

“I’ve immersed myself in this industry and the community, but if I wasn’t so thick-skinned, I would have left agriculture years ago,” he admits. 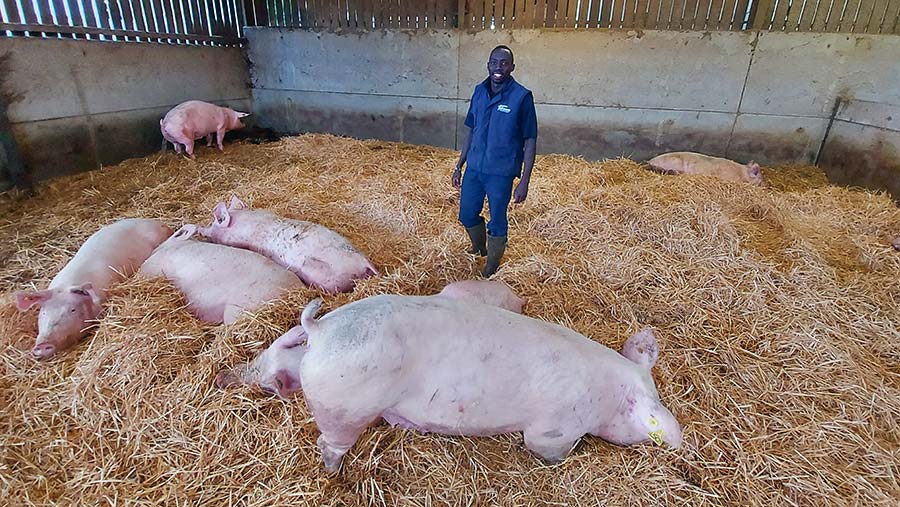 He’s endured insensitive jokes, racist name-calling and unpleasant looks at livestock markets, country shows and the like, but has always shrugged off what he describes as “casual racism” in farming.

“I’m thick-skinned and have been quite tolerant of casual racism because it isn’t like the name-calling is a physical assault,” he says.

For him, this intolerance in rural circles extends way beyond the issue of race. “Sexism, homophobia, racism – it all falls under prejudice and is a blanket issue in my view.”

He describes the issue like a Russian doll – there are so many layers to it, which makes tackling racism difficult as a whole. But he believes that focusing on one layer, such as the flippant name-calling delivered under the defence of harmless banter, can be a hugely positive change for the industry.

“Casual racism is dangerous, because where do you draw the line? It’s 2020 and we need to be calling it out.

Flavian Obiero is one of more than 150 contestants already entered into this year’s Britain’s Fittest Farmer competition.

A keen rugby fan who plays for his village team, Flavian is in training for the qualifier rounds of the contest, which were due to take place in April, but have been postponed until later this year because of the coronavirus pandemic. 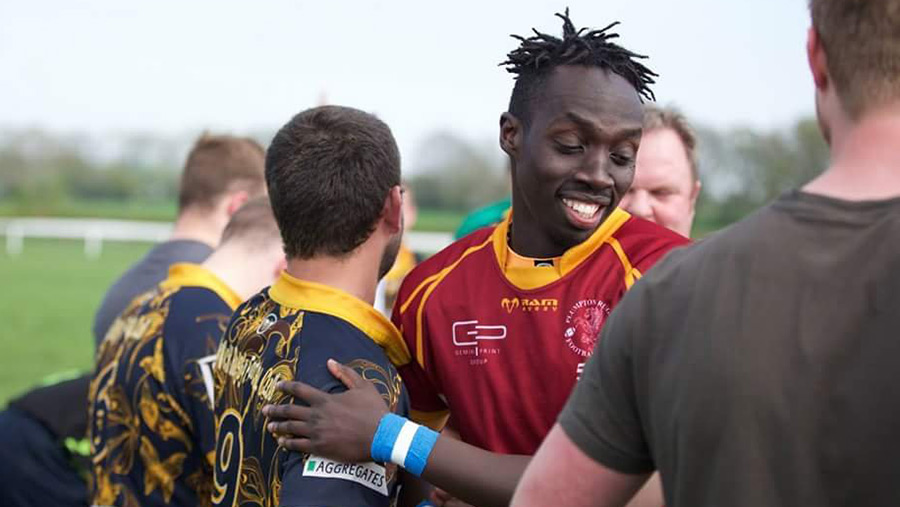 “Working with pigs every day is a very physical job, but I’m also flipping a tractor tyre in a field, running and, when gyms finally reopen, I’ll go three times a week,” he says. Looking after his mental wellbeing isn’t something that he has always been mindful of, however.

“I never used to consider my mental health, but with the Black Lives Matter movement I’ve become more mentally aware, with things I see on social media being very challenging.”

He says running helps him clear his head and shake off negative feelings.“I’m quite close with my parents and sister, so we talk a lot and I enjoy cooking – I find it’s good for my state of mind and stomach.”

Britain’s Fittest Farmer aims to get all farmers thinking and talking about their health, physical and mental, to make sure they are in top condition to run their farm businesses.

Go to the Britain’s Fittest Farmer website to find out more and enter.