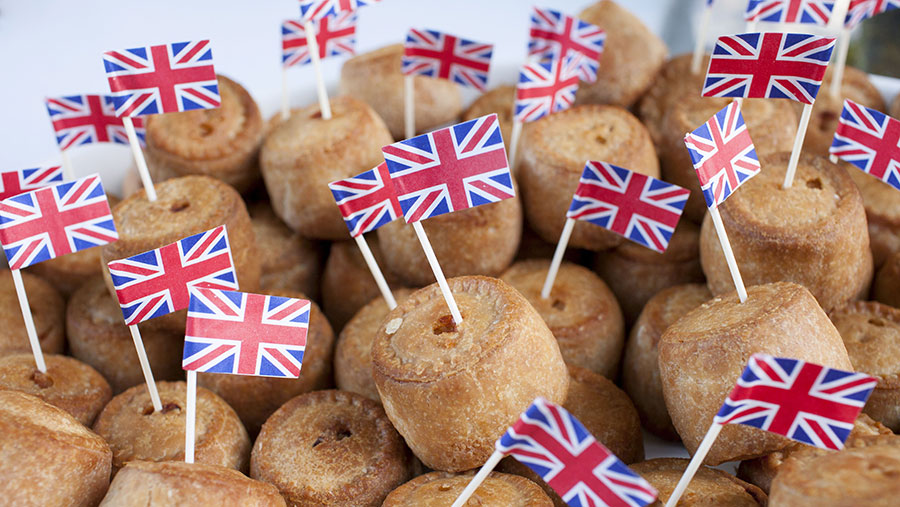 Young farmers are helping to promote British food in the run-up to Easter, using social media to get the message across about the high standards that exist in the industry.

Organised by food advocacy organisation, Love British Food, some 14 young farmers are spearheading the “My name is…” campaign, posting details about themselves on Twitter and Instagram under the hashtag #BritishFoodisGreat.

The tweets include a photograph or video of the young farmer involved, a quick introduction about who they are and what they produce.

My name is Georgie, I farm sheep in Shropshire, and I’m really looking forward to showing off how fantastic all that British farmers produce is. 🇬🇧🇬🇧@LoveBritishFood #BritishFoodIsGreat pic.twitter.com/lJOCmqlZtk

Some participants are also using the campaign to say something about the high standards they adhere to, and to give a flavour of farming life.

One young farmer taking part is Richard Bower, who recently stood as a candidate for vice-president at the NFU – the youngest farmer ever to do so.

In a video posted on the #BritshFoodisGreat twitter feed, he explains how proud he is to be part of a vibrant farming community, and urges consumers to continue to “Buy British” to secure high standards for the future.

“Great British food is quite simply some of the best quality food in the world produced today,” he says.

New Blog Post! All about the @LoveBritishFood Launch attended by the 2018 Youth Ambassadors as well as ambassadors @LizEarleMe, @raymond_blanc and @CandiceBrown as well as so many other people passionate about British Food! #BritishFoodIsGreat https://t.co/W0nFxxCRQB pic.twitter.com/r7juAVFfjo

Speaking at the launch, Mr Gove said British food was going through an “amazing renaissance”.

The fact we are exporting tea to China, chocolate to Belgium and cheese to France reflected the “incredibly high standards” delivered by British food manufacturers and farmers.

“Animal welfare and environmental quality, but also taste and provenance, are hallmarks of British food,” he said.

Mr Gove predicted a bright future for food based on quality, noting there was growing demand for British produce from pubs, restaurants, artisan shops and butchers, while farm shops and farmers markets provided further outlets.

Also speaking at the launch was Love British Food founder Alexia Robinson, who said that, if “British Food” was a brand, it would have a TV and marketing campaign to back it.

She added: “But what it does have is a network of superb, inspirational, young farmers across the country who are increasingly taking it upon themselves to do what they can to promote their industry whether via social media or through the deep reach they have in their communities.

“We want to tap into their energy and get them all to be walking, talking advertisements for British food.”