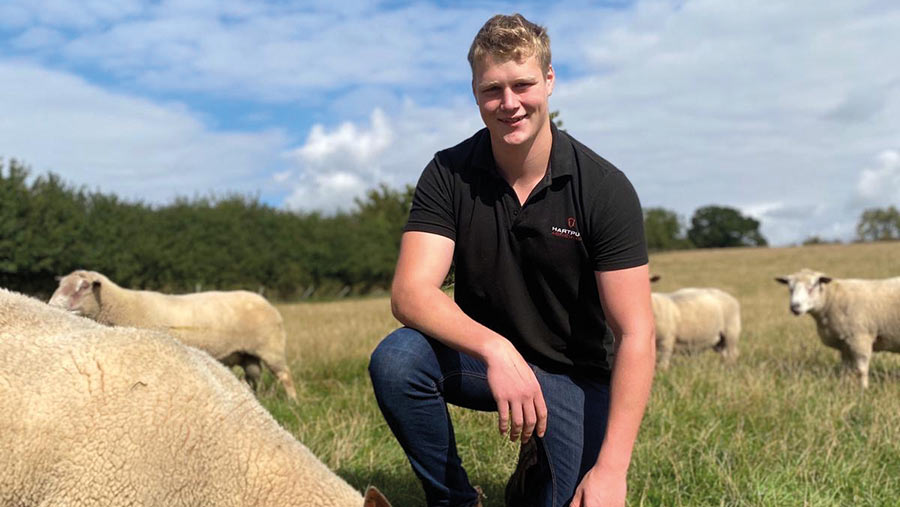 Getting offered a professional contract by Premiership club Gloucester Rugby was “an unforgettable moment”, according to Arthur Clark.

It marks the high point of the sporting career of the 18-year-old, who’s part way through a Level 3 Extended Diploma in Agriculture at Hartpury College.

“It took a while to sink in,” says Arthur, whose family farm at Todenham in the Cotswolds.

“I never dreamed that I’d have the opportunity to become a professional player. I love the game, but I’ve always played simply because I enjoy it so much.”

Now 6ft 7in, weighing in at 119kg and “a born second row”, he played junior rugby with Stow-on-the-Wold, later winning a place in the school team before becoming an integral member of Hartpury’s Achieving Academic and Sporting Excellence (AASE) team. This earned him an England U18 call-up and a place in the Gloucester Rugby Academy.

“I was lucky enough to take part in Gloucester’s Developing Player Programme (DPP). Doing that, you’d be in a hall of 100-plus kids being told that only 10 of you will get to play for the under-18s and only two of you will get a professional contract. So you’re sat there looking round, thinking it would never be you. I took the attitude I’d just enjoy it while it lasted.

“I love everything about rugby – being there in the moment and the bond you form with your team mates. The camaraderie, the team spirit and the friendship is especially strong in physical sports.

“I’m quite competitive, too. I like going into tough games as an underdog, then surprising people.”

He had his Academy League debut against Exeter as an under-17 and before long was the lineout caller and forward pack leader for Gloucester’s under-18s.

Arthur has established a reputation as quite a physical player. “I’m not a huge build, but I never give up and I like to think I’m quite versatile. Calling lineouts is a key part of my game, too.

“I do quite a lot of gym sessions as part of my training, but working on farms has got me strong. There’s no better training than lambing and throwing hay bales about.”

He even got a call-up for the England under-18 squad, but the Covid-19 pandemic forced the games to be cancelled. “Representing my country is definitely an ambition. It would be unbelievable if I could go on to play for England.” 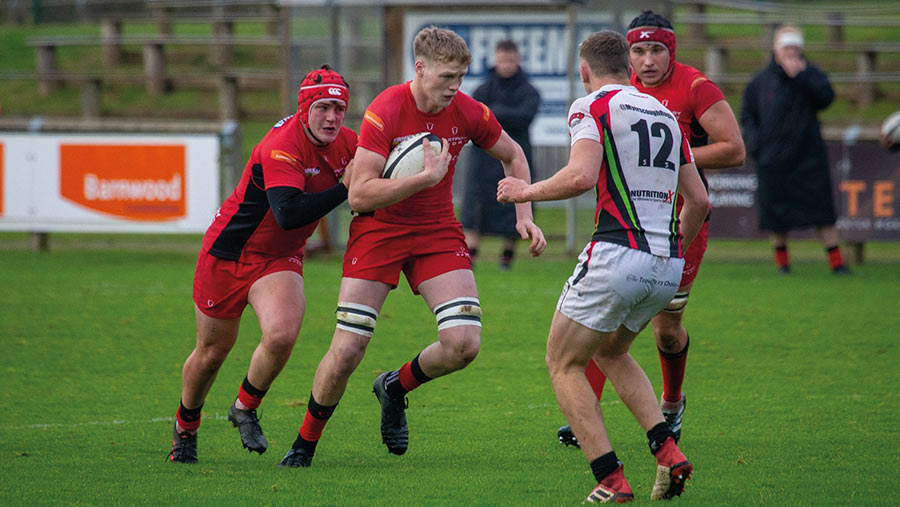 It’s all, he says, about working hard, applying himself and hopefully staying injury-free. “I’ve been lucky so far and largely escaped injuries, other than a hairline fracture of my thumb.

“You do also have to think about what you eat, but I’m not ridiculously strict about my diet. If you go out and gorge on McDonald’s and KFC every day, it’ll slow you down, so everything in moderation is the key.”

Watching England is always a big day for the Clark family – and seeing them beat Ireland 57-15 last summer was one of the favourite games they’ve watched.

“It’s the best I’ve ever seen England play – everyone came together as a team and really pulled together,” says Arthur.

“Individuals can win games, but at that level it’s a team that ultimately makes results happen.”

One of the players he admires most is the England and Saracens forward Maro Itoje.

“That’s how I aspire to play. His work rate is incredible – he’s always there, always making tackles, he never gives up the fight.”

In terms of previous squads, ex-England captain Martin Johnson is someone he also hugely respects. “He was so level-headed and controlled games. He was great at planning and tactics. He’s also one of my old man’s heroes.”

Arthur’s dad also had success on the pitch, turning out for Gloucester in the 1980s.

“Dad loved it when I ditched football in favour of rugby at about 10 because he’s always loved the sport. It’s hardly surprising I’m Gloucester through and through – I’ve always supported them.”

Meanwhile Arthur’s conscious that he needs a career lined up for when rugby finishes – and for him that’s very much farming.

“We’ve got nearly 1,000 sheep at home and I’ve always been involved. I’ve always loved it.

“It’s the lifestyle I like. I’ve never been keen to do a 9-5 job or do same thing every day.

You always face new challenges, especially with sheep. It keeps you on your toes.

“Like rugby, there’s always something new happening on a farm. You have to use your brains and your body. It’s physical, but you also need to think. Sometimes it requires brute force, sometimes patience – but always a lot of thought.”

He says Hartpury and Gloucester are being fantastic at helping him juggle his rugby development alongside his academic studies and farm duties.

He recently finished a 10-month placement on a farm running 1,500 sheep and is now in his third and final year at the Gloucestershire-based university and college.

“It was a no-brainer for me to come to Hartpury. The opportunities are fantastic – both as regards the new Sports Academy and the farm facilities, which include the Agri-Tech Centre.

“It was an amazing feeling getting the contract with Gloucester. My parents were very proud – and my Mum didn’t stop smiling for days!”

“Apart from being a farmer and using his farming strengths to deal with defenders while carrying the ball, Arthur has a great vision and understanding of the game,” says Peter Walton, head of academy at Gloucester Rugby.

“He is a fully committed young lad who had managed his year-out from college to work on a farm in the Cotswolds and still drive to train with college or Gloucester Rugby four times a week, demonstrating the effort he’s prepared to put in.

“Being a tall physical player, he enjoys using his subtle skills to great effect.”