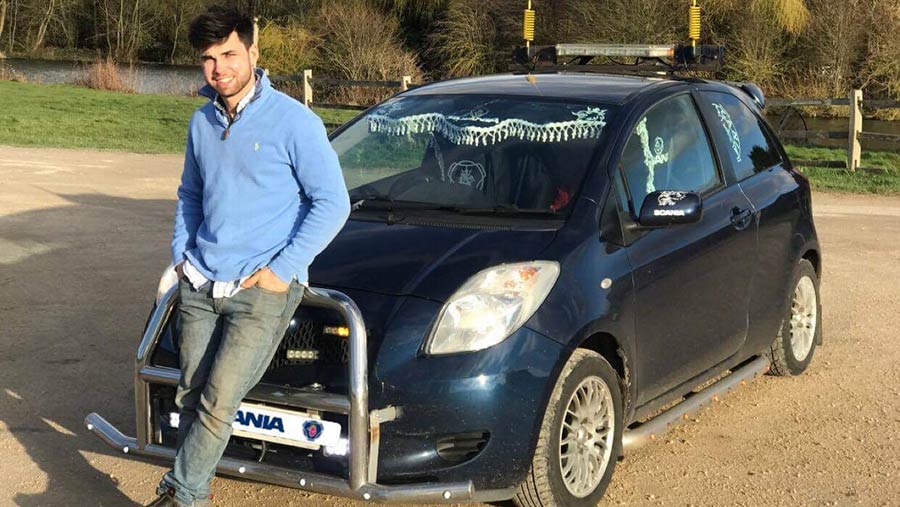 It’s true, farmers love a lorry nearly as much as they love a tractor, which is why in the heart of Nottinghamshire a young farmer has “tanged up” his Toyota Yaris as a tribute to the Scania HGV brand.

Speaking to owner Cameron Chettle (aka Cammy C), he says that although he hasn’t done any modifications under the hood, the exterior modifications have boosted the once asthmatic 1.0-litre engine all the way up to a whopping 580hp.

The dyno certificate is still in the garage, I’m told.

“Some of the parts were hard to come by,” he says, which led to moonlit meetings in laybys and car parks at all hours to obtain what he needed. 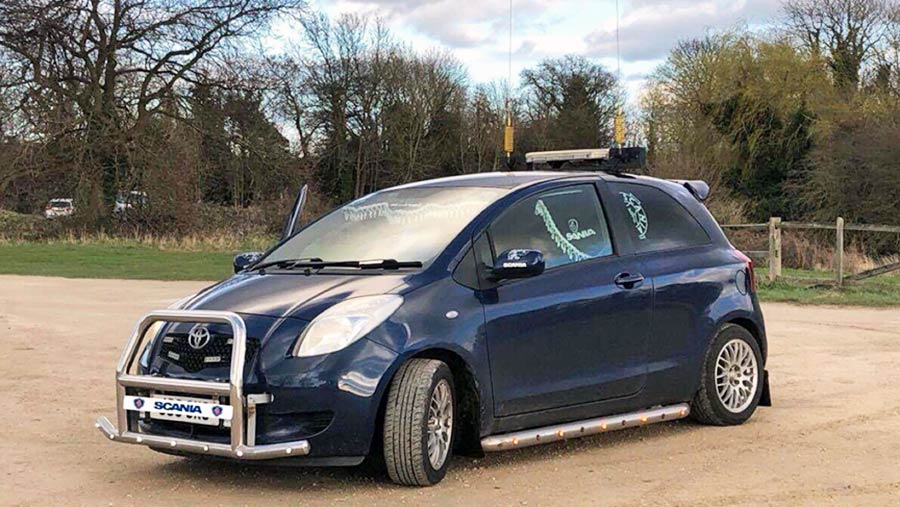 It was definitely worth it because when you’re in the “Yania Scanis” it really does feel legit.

The “tangtastic” Toyota took a little over two years to get to where it is now.

Cammy says it all started when he attached the two 6ft CB aerial. And then things snowballed.

To those who look at the Frankenstein vehicle and ask: “why would you do that to your car?”, Cammy C calmly and confidently replies: “Why not?”

This isn’t his only motor, however this “toy” is the only one he has waved his magical engineer’s wand over.

Cameron loves the attention that it gets from onlookers, and as you can see it is quite a sight to behold – a testament to blood, sweat and beers. 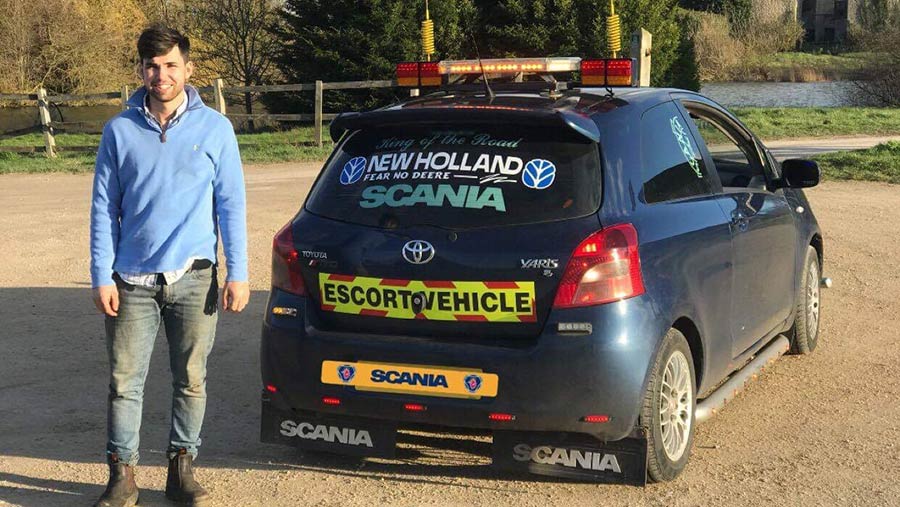 As you’d expect, there isn’t an off-the-shelf body kit to turn your small Japanese pedal car into a wannabe lorry, which is the reason why I take my hat off to Cameron.

A lot of skill, time and effort has gone into engineering this little blue bullet.

You can be sure when the car is coming without having to spot it – that’s because of its exhaust.

No, it isn’t because it has dual chrome stacks, just that the back box has fallen off and it grumbles louder than my father watching the politics show on his lunch hour.

Currently in production is a trailer for the brilliantly named Yania Scanis.

To say there was little torque on the original car is an understatement – this thing really would struggle to pull the skin off of rice pudding.

However, thanks to the stickers and that all-important orange beacon, she can now haul a Marston trailer of beet to the factory at Newark without stress while still achieving 11mpg, I’m informed.

The trailer will be used for moving the club’s racing lawn mower and Cameron aims to fit hydraulic ramps, a winch and there’s even talk of a Hiab crane.

How realistic these ideas are, I’m not sure, however all of his inventions and ideas are a product of out-of-the-box thinking, which is really needed in agriculture.

To conclude our chat, I had a chuckle and wondered if there is someone in a neighbouring county doing the same sort of thing – perhaps turning a Suzuki Swift into a DAF.

In fact, Cameron bought the bull bar from a man in Lincolnshire with a DAF Land Rover.

It’s either a case of great minds think alike or fools seldom differ.