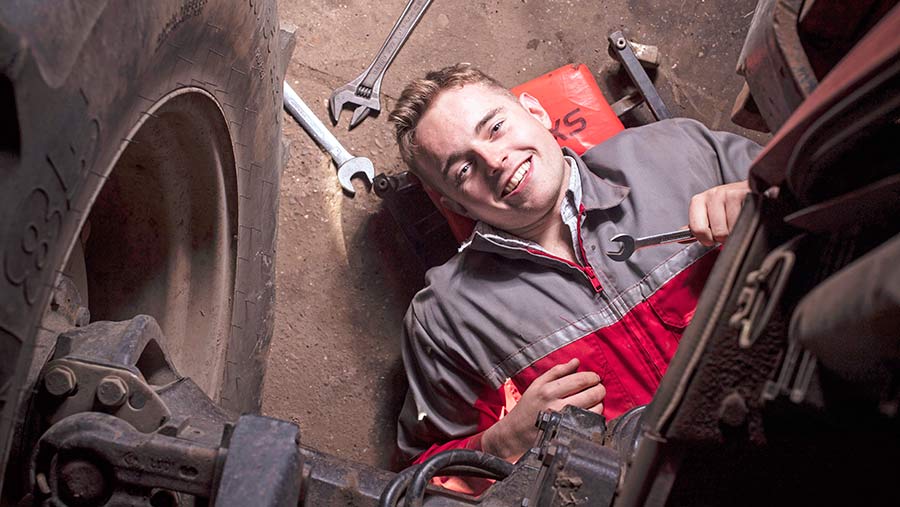 I’m sure that most readers have either been to a few meetings or, ahem, are too mature to attend any more, so I will save my precious word count and not explain YFC.

I have a question for all you young farmers: are you really making the most out of YFC?

If I’m brutally honest, I used to think those who got involved with YFC at the county and national level, including competitions, were jobsworths.

I know this is the attitude of some other members: “Why would I put effort into something and show an interest?” That’s what I used to think.

This sort of narrow mindedness possibly came from school, where you were deemed uncool if you were passionate about a certain subject or activity, meaning those who were seeking to fit in wouldn’t take an interest in anything or get too involved.

Since being in YFC I have changed a lot. I would say everything from my social skills and confidence – thanks to public speaking – to general life skills have dramatically improved over the past six years.

Being a part of YFC has made me realise who I am and what I want out of life. I have come up with three life objectives and have an understanding that if these aren’t being achieved on a very regular basis then something is wrong, and change is in order.

Those who are dead inside tell me that I am immature; I need to grow up; be more serious; blah blah blah. But I don’t care.

In my opinion, if you aren’t doing all three of these things on a regular basis then what’s the point? Pick any one of them and ask: “If I never did that ever again, would I be happy? Or would I just be treading water until I lose the will to live and my head goes under?”

Without wanting to sound preachy, I’ll bring this back to YFC.

If you’re a member of your club and all you do is sit in meetings, never go to events and criticise those who get involved, then you need to sort your life out, look in a mirror and realise that you’re not making any positive contribution to yourself or those around you.

Within a few months I have been to two NFYFC training weekends, which have been absolutely fantastic. The first was for all county chairs and vice-chairs, and the second was training for the East Midlands area.

Much more to gain

Both consisted of meeting new people in YFC other than those in your own county, swapping ideas, sharing problems and finding solutions.

We looked at what YFC is good at, what it’s bad at, and what we can do to improve something that we all love – as well as playing games, having fun and team bonding. 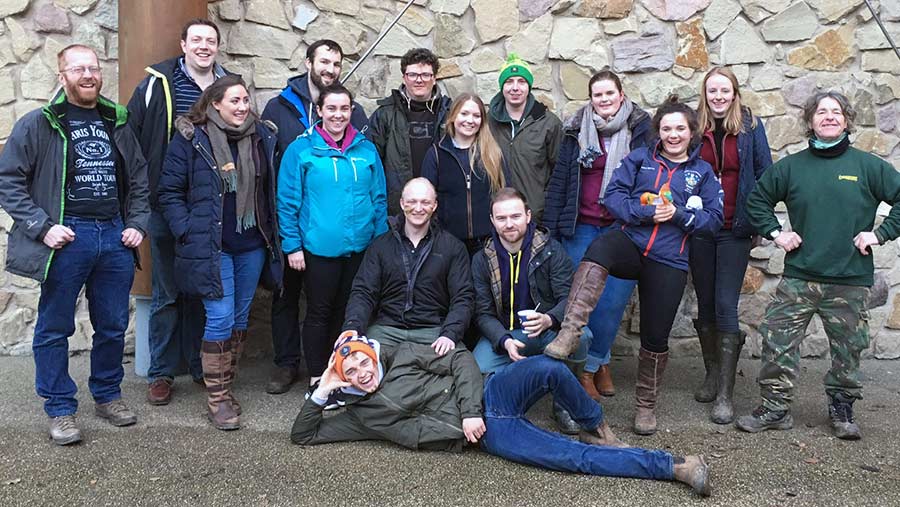 Me and my fellow young farmers on a YFC training weekend.

Weekends like these remind me of starting in YFC, thinking how good it was knowing everyone in my club. These circles keep expanding as you get to know more people, making new connections all across the country.

There is a lot to gain from YFC other than free ballpoint pens, hangovers and club T-shirts, such as training weekends, travel and so much more.

So why not ditch the attitude, get more involved and see what more the federation has to offer?